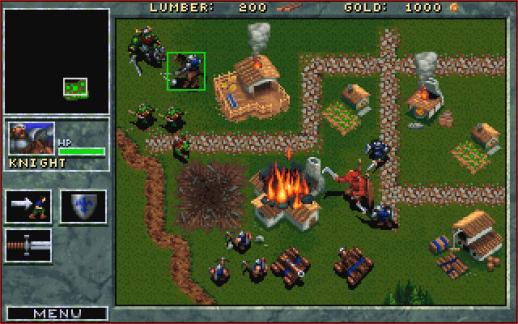 Actor Robert Kazinsky plays the role of Orgrim Doomhammer in the upcoming Warcraft movie, but he’s spent plenty of time in Azeroth before working on the film.

The performer, who previously played the role of Sean Slater on the BBC soap opera EastEnders, said that World of Warcraft saved his life. In an interview on Conan, Kazinsky said that his role as the villainous Slater on the BBC show caused him to get a lot of grief from fans. This manifested as name calling as well as physical violence — and this reaction turned him into a self-proclaimed agoraphobe. He stopped going out, and instead turned to World of Warcraft, which he says he played for 18 hours a day.

World of Warcraft is still one of the most popular games in the world. After peaking with more than 12 million people paying $15 a month for access to the game back in the late 2000s, the massively multiplayer online role-playing game now has around 6-to-7 million subscribers. This still makes it one of the most lucrative games on the planet — even in a world dominated by free-to-play releases like League of Legends and Clash of Clans that make $1 billion annually. As part of that success, Blizzard has worked with Moon director Duncan Jones on a film adaptation called Warcraft that will debut in theaters nationwide June 10.

“I just sat there in my pants ordering Chinese food and using Coke cans from last week as ash trays,” Kazinsky told host Conan O’Brien. “There was this thing where this game suddenly became my life. It allowed me to make friends who were judging me anonymously — for the content of my abilities.”

Kazinsky said that Blizzard’s MMO gave him the opportunity to forge new relationships with people. He didn’t have to worry that someone he would bump into would punch him in the head because of somethigng his character did.

“Believe it or not, it affected my confidence,” he said. “I credit Warcraft with saving my life.”

Check out the full interview in the video below:

Of course, Kazinsky said he then gained around 50 pounds and wasn’t quite fit for the kinds of roles he typically gets offered. But he was still happy.

“I have a really wonderful life,” he said. “I have the perfect girlfriend. I’m doing a great movie that I love. I have a great TV show. I’m living in Los Angeles. But I’ve never been happier than when I was really fat, and no one had any expectations of me, and I was playing video games.”