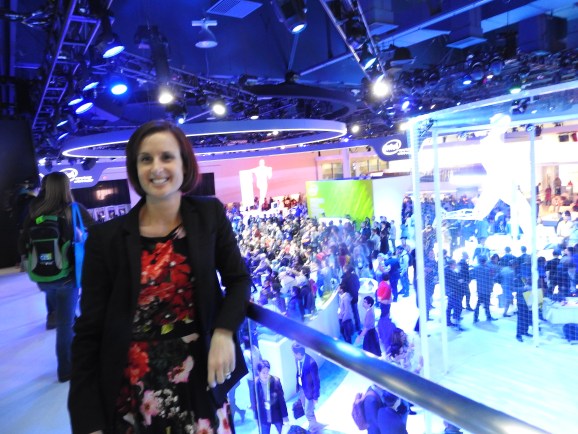 In the name of making Silicon Valley more transparent when it comes to diversity, Intel released a lot of data in its global diversity and inclusion report, building on its earlier report that 43 percent of the company’s new hires have been women and underrepresented minorities in the past year.

Intel’s goal was to hit 40 percent of new hires to be diverse candidates, which means women and underrepresented minorities (Asian men are overrepresented), and the company said it hit its overall hiring and retention goals in 2015. By releasing more data, Intel hopes to be a leader in making its U.S. workforce more diverse by 2020. If others follow, then Silicon Valley and the broader tech industry could benefit from a wider and more diverse perspective in all parts of business, Intel’s leaders believe.

A year ago, Intel chief executive Brian Krzanich pledged to make Intel’s U.S. workforce fully representative of the population when it comes to women and underrepresented minorities by 2020. He also pledged to spend more than $300 million to diversify the talent in the tech industry, and to invest $125 million in companies run by women and underrepresented minorities. This year, during his keynote at the 2016 International CES, Krzanich said that Intel would set up an alliance against online harassment. Krzanich also appointed Danielle Brown, his chief of staff and technical assistant, as Intel’s newest chief diversity and inclusion officer. She penned a letter today explaining Intel’s goals, saying, “We are absolutely resolute in our belief that diversity and inclusion are key to Intel’s evolution and driving forces for our continued relevancy and growth as a company.”

Intel said it held all employees accountable to its goals through a company-wide bonus program. For 2016, Intel’s goal is to retain diverse employees at a higher rate than the rest of the population. The world’s biggest chip maker said that its underrepresented minority hiring increased by 31 percent — to a total of 11.8 percent of the U.S. workforce, from 9 percent in 2014. But Intel did not hit its specific hiring goals for minority hiring.

Female representation is now 24.8 percent of the workforce, a 5.4 percent increase over the previous year. Women are on track to meet Intel’s 2020 goals for both technical and nontechnical positions.

When it comes to equal pay for women and men, Intel hit its goal. The company has 100 percent parity in pay among genders for U.S. jobs at all levels. There are no gaps in compensation between U.S. men and women at the same level in an organization.

To foster cultural transformation, Intel has also launched GROW — a company-wide initiative that promotes personal growth and inclusion through neuroscience-based resources, tools, and habits. Brown said that Intel’s high level of transparency will keep the company accountable and promote understanding among its peer companies and the overall tech workforce.