In a conference call with analysts, Nintendo chief executive Tatsumi Kimishima kept fans guessing about big strategic initiatives, but he did disclose additional details about upcoming mobile games, Nintendo’s new loyalty program, and the performance of various Wii U, Amiibo, and 3DS products in the third fiscal quarter ended Dec. 31, according to a newly available English translation of the remarks.

The call gives the wider industry a flavor for one of the key leaders who will drive interactive entertainment forward at one of the world’s most beloved entertainment companies, with properties such as Mario and Zelda. And it shows that Nintendo is gradually putting in place efforts to remake itself during 2016 as a digital gaming company on multiple platforms. This is all important, as the House of Mario remains far behind Microsoft and Sony in console sales and is still dealing with its home market, Japan, focusing more on mobile platforms than traditional gaming.

Nintendo reported a 30 percent earnings drop in the most recent quarter, and the conference call yesterday with the media and analysts was one of Kimishima’s first big moments after he took over Nintendo this summer, after the unexpected death of former CEO Satoru Iwata from cancer.

The Kyoto, Japan-based company is struggling with its current 3DS and Wii U devices, and it plans to replace them at some point in the future. But Nintendo hasn’t said when it will do so, and it didn’t shed much light in its latest earnings call.

“I do not plan on revealing any information today regarding NX, the dedicated game system with a brand-new concept which is currently under development,” Kimishima said at the outset. And he was true to his word.

He did shed light on the company’s performance during the fiscal third quarter, the fourth calendar quarter ended Dec. 31 that has the all-important holiday sales. Kimishima said that the 3DS benefited from Capcom’s Monster Hunter 4 Ultimate this year, but it had a tough comparison with a year earlier, when five major 3DS games came out. Capcom sold more than 3 million units of Monster Hunter. Kimishima also mentioned Nintendo is doing more targeted marketing and advertising to girls who play on the 3DS.

“We are also planning marketing tactics to invigorate the entire Nintendo 3DS business,” Kimishima said. “On February 27, 2016, which is exactly 20 years from the release of Pokémon Red Version/Green Version for Game Boy on February 27, 1996, we will be launching special Pokémon bundles worldwide. Four types of special edition Nintendo 2DS systems with Pokémon Red Version/Green Version/Blue Version/Yellow Version preinstalled will be launched in Japan.” 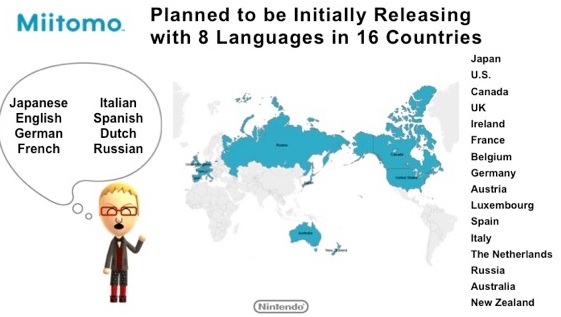 The Wii U game console is struggling, with 12 million sold to date compared to 36 million for Sony’s PlayStation 4 and an estimated 19 million for the Xbox One (Microsoft won’t publicly release the numbers). Both debuted a year after the Wii U. But Kimishima had praise for Splatoon, a shooter game that swaps bullets for paint for the Wii U that has sold 4 million copies.

“It has gradually expanded even among kids and female consumers, and we expect more popularity due to word-of-mouth. We can say a good cycle has been established for this title,” he said. “We are also trying various measures from an operational perspective, including holding events in and out of the game, to create opportunities for consumers to continue playing it even long after its release.”

Super Mario Maker on the Wii U is another big hit, with 3 million copies sold and 6.2 million user-created courses, he said.

The Amiibo tech toys are also selling well, with lifetime sales now at 31 million units sold, including 9.9 million sold in the most recent quarter. The Amiibo figurines have a “toys to life” quality, meaning you can use them to interact with Wii U games.

Nintendo also acknowledged that it is “looking into” virtual reality, which uses headsets that transport you to a virtual world to provide a more immersive entertainment experience.

Takashi Mochizuki, a journalist for the Wall Street Journal in Japan, tweeted, “I asked Kimishima: U interested in VR? He said yes. … I guess Nintendo isn’t planning anything VR in the near-future because he said more time and efforts are needed to assess technology.”

He also tweeted that Universal Studios in Japan will have game characters from Evangelion, Dragon Quest, Attack on Titan, Harry Potter, and some Nintendo characters.

Starting in March, Kimishima said that the company will launch its new My Nintendo membership service, replacing the old Club Nintendo loyalty program. Alongside My Nintendo, the company will release the Miitomo game, the first smartphone game in partnership with DeNA.

“Miitomo is an entertainment application which turns communication among friends into a form of ‘play,'” Kimishima said. “After the release, we hope many will wonder why this sort of app had never existed before.”

Since Miitomo makes use of Mii avatar characters created on the Wii and Wii U game consoles, it can tap into a phenomenon that has already been used 200 million times by gamers.

He added, “In Miitomo, your ‘Mii’ look-alike character appears as your ‘alternate self’ within your smart device. All of you must have had the enjoyable experience of being prompted by a friend to talk about something that you might not normally bring up in the course of your conversation. Mii characters facilitate this kind of social play structure with Miitomo.”

Miitomo will launch in Japan in mid-March and debut in 15 other countries by the end of March. Nintendo did offer some clues on its second mobile game, coming this year in a partnership with mobile game maker DeNA.

“The second game won’t be another communication app, and we plan to adopt one of our characters that fans are very familiar with,” Kimishima said.

Regarding the NX console, the WSJ said that analysts expect the Nintendo NX to be unveiled in spring, with a possible release in October or November.