Cartoon Network Studios is diving into mobile games with a title based on a brand new entertainment property: OK K.O.! Lakewood Plaza. The story and world of the game were created by acclaimed animator Ian Jones-Quartey, and it shows how entertainment companies are upping the stakes of the $30 billion mobile game industry. The game is launching today on the app stores.

Brands are flooding into the mobile game business and getting the jump on mobile-first game developers who don’t have the same kind of built-in awareness. But mobile gamers don’t always respond to the constant bombardment from those brands. So Cartoon Network Studios is creating a brand new character and title, and targeting kids who are loyal followers of the Cartoon Network television shows, which are viewed by 370 million people in 192 countries. The bottom line is that it takes this kind of ambition and brand awareness to succeed in the overcrowded mobile game business.

Jones-Quartey co-produced the game with animator Toby Jones of Regular Show, along with Canadian independent game studio Double Stallion. The title is the first creative franchise developed at Cartoon Network Studios that will launch for the first time as a game, rather than a TV show. Jones-Quartey has created titles such as Steven Universe, Adventure Time, and Secret Mountain Fort Awesome.

“This is table stakes for what a kid expects these days,” said Chris Waldron, vice president of Cartoon Network games and products, in an interview with GamesBeat. “This generation assumes that if they fall in love with an intellectual property, they can dive into it on a number of places. We want to be there in those places, including games. We are taking the next step.” 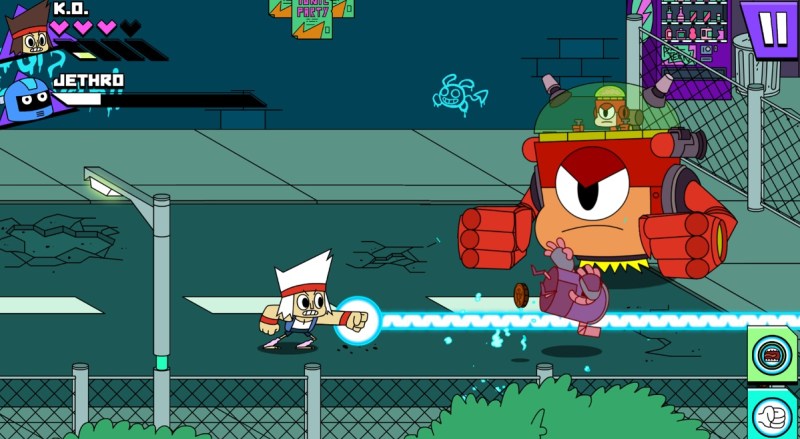 Above: K.O. is a new character from Cartoon Network.

The game is set in Lakewood Plaza, a mall for superheroes. It features a young champion K.O., who battles the evil Lord Boxman. Lord Boxman is set on destroying the plaza with his army of robots, so K.O. will have to learn new fighting techniques from his mom, Carol. He has to unlock special attacks, explore hidden areas and meet all sorts of crazy characters as he helps rebuild the Plaza. The game will be available as a free download on iOS and Android devices. External development studio Double Stallion is making the game.

Cartoon Network hopes to further ally itself with indie developers by inviting them to participate in its first public Game Jam. The game jam will take place February 12 to February 14 in Portland, Ore. Developers will be invited to create games based on the theme of OK K.O.! Lakewood Plaza Turbo. Both Jones-Quartey and Jones will be at the event. Their creations could be used to flesh out the future development for the property, and one team will get a creative contract with Cartoon Network to continue their work and make a full mobile game.

Ryan Harwell, partnership manager at Cartoon Network Studios, said in an interview, “We are doing things a little differently, looking at intellectual properties early in the creation process. This game started in 2013, and the property has been baking for a couple of years. The game jam is our opportunity to find more of the best talent.”

Waldron said, “We started from the ground up to make the IP and the world. We want to make sure it works across the spectrum of platforms and games.”

“That’s not something your average game studio can do,” Waldron said.

Adult Swim, which shares cable channel space with Cartoon Network and is also owned by the Turner Broadcasting System, is working on its own separate games for adults. Those include the zany Headlander, which Double Fine Productions is making for Adult Swim. 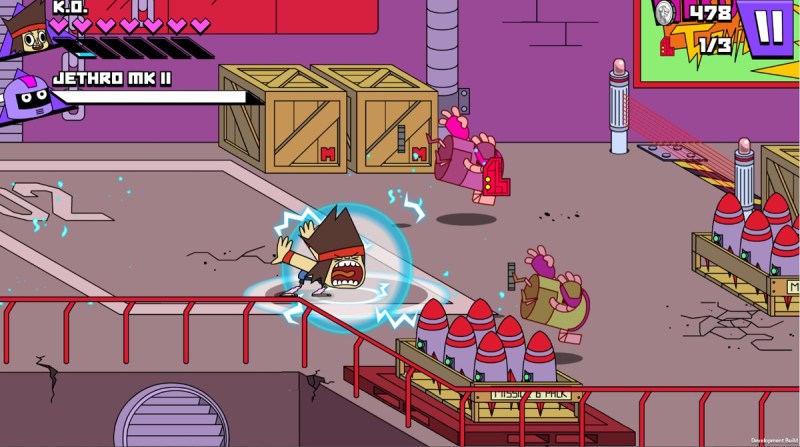