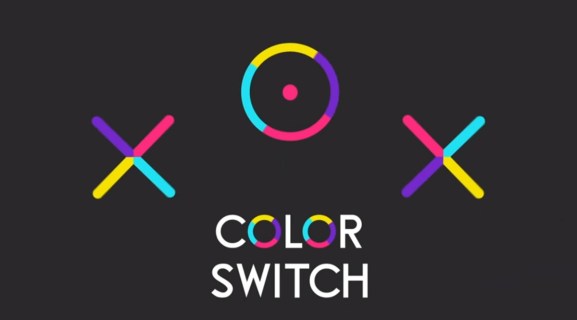 For the past couple of weeks, a newcomer has been at the top of the iOS app store. Color Switch is one of those free downloadable games like Flappy Bird that came out of nowhere and hit the top.

It’s games like Color Switch, which tests your skill at moving a ball through color-coded obstacles, that gives indie developers hope that they can still stand out among 3 million apps and claim their own place in the $30 billion mobile game industry. The title has had more than 15 million installs, and it has hit No. 1 in 25 countries.

The game is available on both iOS, where it’s ranked at No. 1 in the U.S., and Google Play, where it is ranked at No. 5, according to market researcher App Annie. The developers of the game are David Reichelt and Aditya Oza, and the publisher is Fortafy Games in Sydney, Australia. Reichelt and Oza initially made the game using Buildbox, which allows for simple, drag-and-drop development procedures. It took them about a week to make the game. And Reichelt was able to make the game — which is filled with dazzling colors — despite being colorblind.

The game hit No. 1 on the iOS app store on January 22, and it has been thee ever since. It went viral on Twitter, and I heard about it long before I noticed that it hit the top ranks.

“People on social media are calling it the new Flappy Bird,” said Zeb Jaffer, cofounder of Fortafy Games, in an interview with GamesBeat. “My son came back and said everyone in the playground is playing your game. It’s a stroke of luck and good work. What started as a tappy game has grown into a bit of a beast.”

#ColorSwitch is my new jam. Like flappy bird all over again. @chrissyteigen have you tried it?

The title is addictive because it seems so simple, but it takes a lot of skill. It has funky music and colorful, if simple, 2D graphics. It’s also easy to play in a short time, over and over again. Jaffer said the small team feels fortunate to climb to the top, particularly since they all have little previous background in the game business.

Nearly 400 million games have been played to date. The title has more than 100 levels, and the team is now working to come up with more of them. Some players are writing to the company, and they’re demanding new content to play. The game has no in-app purchases, but it makes money through banner ads.

“We are grateful it has done so well, and now it’s a great challenge to keep people happy,” Jaffer said.