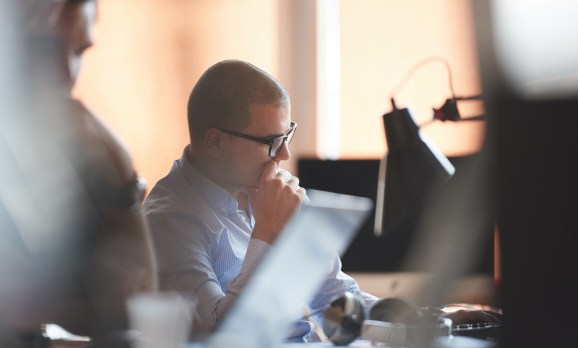 In life as in work, we’re constantly dealing with uncertainty. As parents, employees, leaders, we look at the future and estimate the odds: what’s the chance that our teenage son will do drugs? What’s the chance that this system’s load will exceed what we designed it for? How likely is this risky investment to result in a huge competitive advantage?

We estimate these chances, and some of us are better than others; we look at the data, ask for advice, look for prior examples. We are hard-wired to estimate the chances – and to over-value potential loss over potential gain, and over-value action over allowing things to proceed on their own. The best of us identify their built-in biases and adjust their decision-making accordingly, but even they can’t avoid the “sacred geometry of chance.“

No matter how hard we try, we can’t completely eliminate the element of randomness. We all know arrogant and self-centered people who succeed despite everything we know about human relationships and how society works. We’ve also seen the nicest, most brilliant colleagues fail.

So, as an entrepreneur or investor, how do you limit your chances of failing?

Here’s one way: Change your target. Instead of targeting the highest possible return, target a range that has as little variance as possible. Let me explain.

When someone asks you “what will stock X be worth a year from now,” here’s how you answer: You guess its value based on your knowledge of the company; that is, you say “I think it’ll be worth $50.” Based on this prediction, you buy the stock. As the year goes by, you keep adjusting your prediction – “it’ll be $51” – and based on that, you perhaps double-down on it.

But how do you react if the company whose stock you purchased is suddenly under investigation by the SEC, with pundits alleging that it has defrauded the market and lied in its latest earnings — that, in reality, the company is about to go bankrupt?

The market reacts predictably – the stock falls like a rock on the fears, perhaps from $40 to $20. What is the real value of the stock at this point? If the allegations are true, the stock is worth $0. If they aren’t, the company’s stock should be worth $40, maybe $50 a year from now, as you expected. But the current price, $20, makes absolutely no sense; so buying stock options with the exercise price of $35 a share would likely be a bargain in this situation.

What happened when the news came out is that the statistical variance – the spread of the expected range — of the stock went up, while its mean remained the same. As humans – and average stock traders — we don’t think of it in these terms; we think of the mean, not the variance. This is one of the advantages that the heroes of Michael Lewis’ Big Short exploited.

How do you apply this principle to everyday life? Try to reduce variance, not just improve the mean.

Imagine you’re an entrepreneur in the early stages of your venture, and you’re aiming to raise money at a valuation of $10 million. What are some of the activities that can improve your valuation? Tech blogs talk about them all the time: Get customer feedback early; iterate, test assumptions; network. These help you move the mean to the right, but they don’t help with uncertainty much – the chance of failure (going to zero) doesn’t reduce.

Let’s geek out a bit and visualize this scenario using a probability density function:

What are the activities that can reduce the variance – that is, increase the certainty of the outcome? To identify those, let’s think of a few reasons why startups just fall off the face of the Earth:

Activities that reduce the chance of these disaster scenarios reduce the variance:

Note that the variance has two “sides” – the negative and the positive; you reduce both the chance of disaster and the chance of going far higher than the predicted average. That’s the choice you’re making when you concentrate on reducing the variance, not just the mean.

Armed with this new variance tool, you can concentrate your activities to get to a risk profile that is appropriate for your current moment in time. Sometimes, you’ll want to risk it all – pushing the average as far possible to the right; sometimes, you’ll want the variance to be lower, and you can take actions to make the outcome meaningfully more predictable.

Pasteur said it best: “Chance favors the prepared mind.” Accept that the world is probabilistic – your control over your reality will never be complete – but you most certainly can tip the odds in your favor.

Alex Weinstein (@alexweinstein) is a Director of Product at eBay and the author of the Technology + Entrepreneurship blog (http://www.alexweinstein.net), where he explores data-driven decision making in the face of uncertainty. Prior to eBay, Alex was the head of product development at Wetpaint, a personalization tech startup.