In celebration of Safer Internet Day, Google today added two new security features to Gmail, which earlier this month passed 1 billion users. While Gmail supports encryption in transit using TLS and automatically encrypts incoming and outgoing emails when it can, that goes out the window if the sender’s or receiver’s email provider doesn’t.

“Of course, it takes at least two people to send and receive an email, so it’s really important that other services take similar measures to protect your messages — not just Gmail,” Google wisely explained. As such, you will now see the following Gmail warning before sending a message to a source that doesn’t support TLS encryption:

You’ll also see the broken lock icon if you receive an email from a non-encrypted source. Furthermore, if you receive an email that can’t be authenticated with either Sender Policy Framework (SPF) or DomainKeys Identified Mail (DKIM), Gmail will show you a question mark in place of the sender’s profile photo, corporate logo, or avatar. 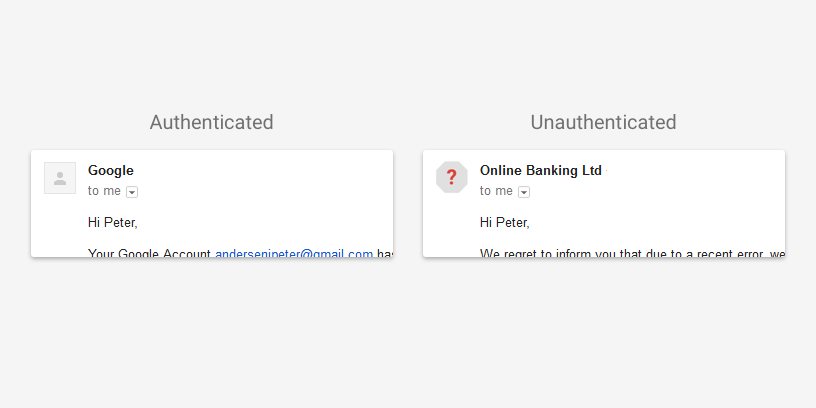 “Not all affected email will necessarily be dangerous,” Google noted. “But we encourage you to be extra careful about replying to, or clicking on links in messages that you’re not sure about. And with these updates, you’ll have the tools to make these kinds of decisions.” 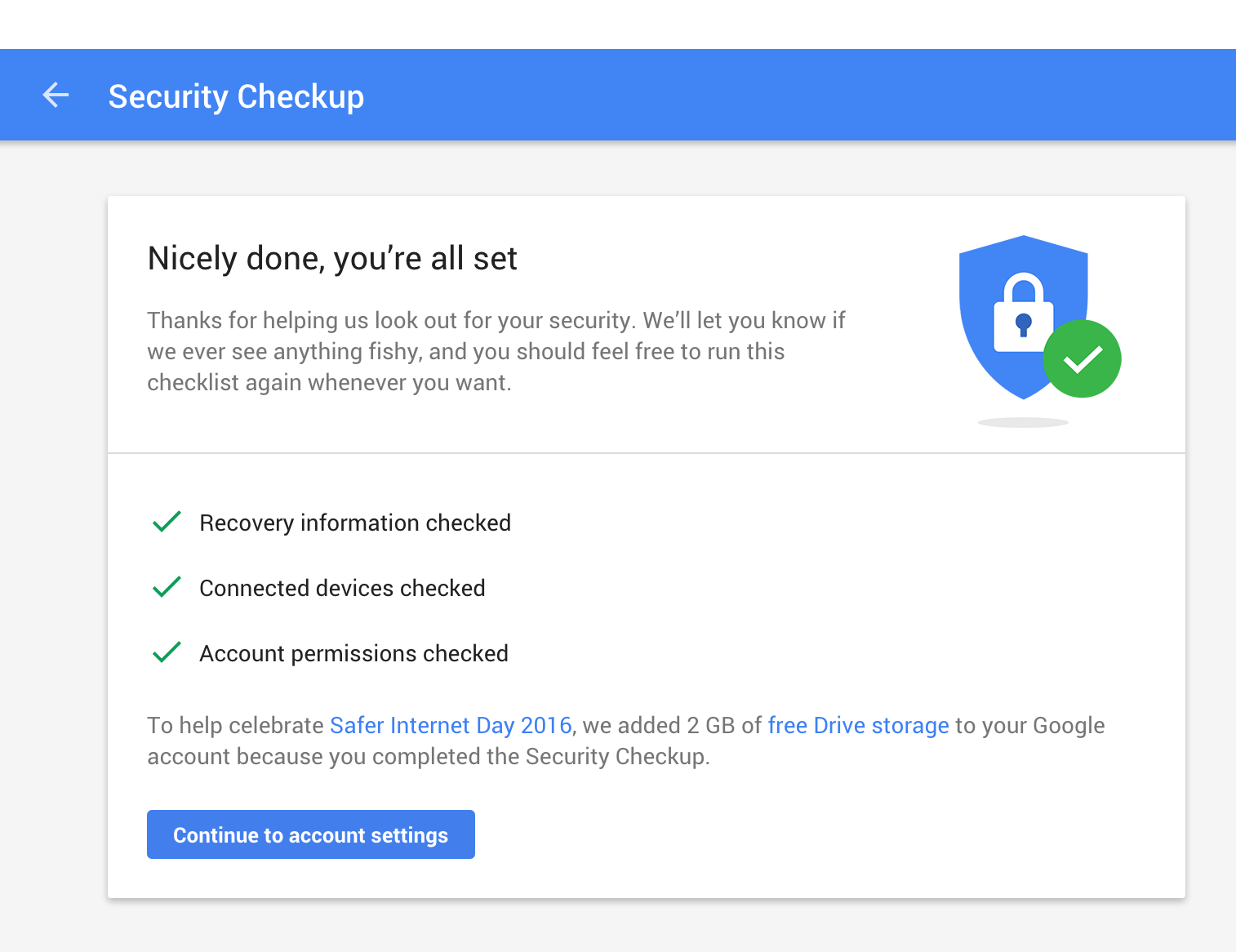 Also today, Google is offering its Google Drive users a 2GB bump in storage if they complete the company’s Security Checkup between February 9 and 11. This is the same deal the company offered for Safer Internet Day last year, though even if you took advantage then, you can still get another 2GB this time around.

The only exception is if you have a Google Apps for Work or Google Apps for Education accounts. That storage costs money, and anyway it’s not like people in enterprises or schools need to be reminded about security (*ahem*).