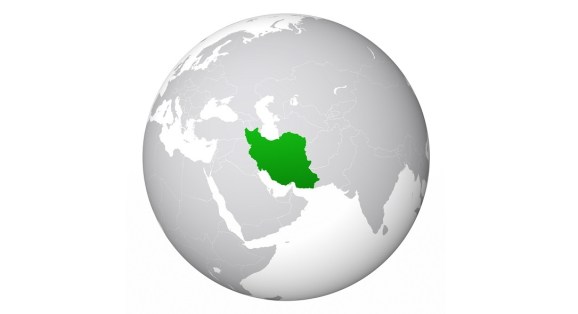 IBM’s SoftLayer, which provides server hosting and cloud infrastructure around the world, has blocked all IPs coming from Iran. The service, which competes with cloud services from Amazon and Google, has a large base of user organizations, meaning that a number of SoftLayer-hosted apps and services will no longer be able to reach users in Iran.

“To my knowledge, this is the first time a hosting company has blocked Iran, and it affects a wide array of reputable websites and apps,” said Hessam Armandehi, CEO of Cafe Bazaar, Iran’s leading app store, who first alerted me to the problem.

The block was only noticed in the last few days, but IBM made no official announcement. So far, there has been little outcry from the affected communities — possibly because, while troubled, developers are wary about voicing complaints since they rely on a relationship with SoftLayer in other markets they serve.

IBM SoftLayer has confirmed to VentureBeat that it put the new blocking measures into place, saying it is “proactively adopting this recognized cloud industry best practice to supplement its existing export compliance processes.” The company does indicate on its web site, however, that blocks will be lifted on a case by case basis “if you believe your content is not prohibited under U.S. trade and economic sanctions.”

Despite the recent lifting of sanctions against Iran, the company’s blocking guidelines state: “SoftLayer implements network-wide blocking of IP addresses that originate from countries that are subject to U.S. trade and economic sanctions.” So the question is, why have they enacted this only now? Maybe the IT guy missed it years ago when it would have made sense.

To makes things worse for the likes of app stores like Cafe Bazaar that make most of their profits from mobile games, the hosting giant positioned itself back in 2013 as the most secure and sophisticated platform for global game developers. “The ability to add tens of thousands of users overnight is the value of working with SoftLayer,” said Safa Sofuoglu, CTO of Peak Games at the time, a leading regional games company in Turkey and the Middle East/North Africa region.

Some of the most popular games in Iran, like Clash of Kings by Elex-Tech, have been affected, which means a disruption of substantial streams of revenue because players aren’t able to connect. No doubt this is causing a frenzy amongst developers who will need to maneuver their services and platforms back into safe waters, if they can.

For global publishers who are already publishing in Iran or were thinking of doing so, this block creates an additional barrier that sets the market back in terms of attractiveness and indefinitely so. The taboo of officially going live in Iran had decreased in the wake of all the news of sanctions being lifted, but this move by SoftLayer could raise it right back up, which will be a blow to digital business in Iran.

On another front, the user experience on the part of Iranians is being made more complicated as a result. They have trouble enough with Internet blocks put up by their own government. Now they have a major foreign hosting company blocking their exposure to cyberspace as well.

If SoftLayer doesn’t lift the block, one thing is for sure: VPN usage in Iran is about to spike!