A startup called Pantomime came up with a nifty system of enabling people to peer into animated virtual worlds without the need to wear virtual reality headsets. And now it is adding support for VR headsets so that multiple people can be in the same VR space more easily.

The new technology is very innovative when it comes to making VR more social, and it’s one more offering that could help fulfill the promise of virtual reality and augmented reality, which are expected to become a $120 billion market by 2020, according to tech advisor Digi-Capital.

As we wrote in December, David Levitt, the CEO of Pantomime, and his team have created a new twist on the virtual world with a new app dubbed Pantomime Playground. It lets you use a Mac computer or an iOS device as a kind of window into the VR space. The first game to debut on top of Pantomime Playground is Pantomime Bug Farm, which lets you use your iPad to maneuver around a table with bugs on it. You can use the iPad to view the bugs from different angles and even squish them. And now the company says it will support a variety of headsets in its shared experience as well.

“Today Pantomime software is turning virtual reality from a passive solo experience into an interactive, social one,” said Levitt, in a statement. “We’re introducing two advances: reaching into worlds interactively using mobile devices while wearing a VR headset, and playing with other users over wireless networks — all with no new hardware. And since Pantomime works across many devices and makes headsets optional, it lets people who don’t have a VR headset play together in virtual worlds with people who do — providing an inexpensive consumer on-ramp to VR.” 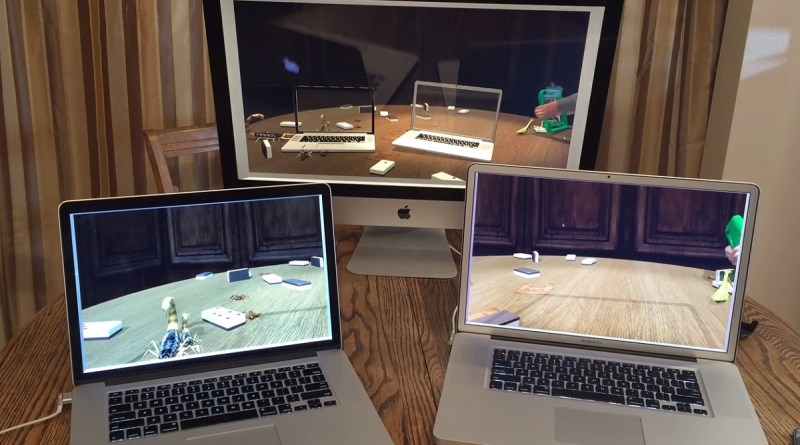 With today’s announcement being made at the Vision VR Summit in Los Angeles, you can now wear a VR headset to see into the same virtual space that your friends are viewing on a Mac or other device. 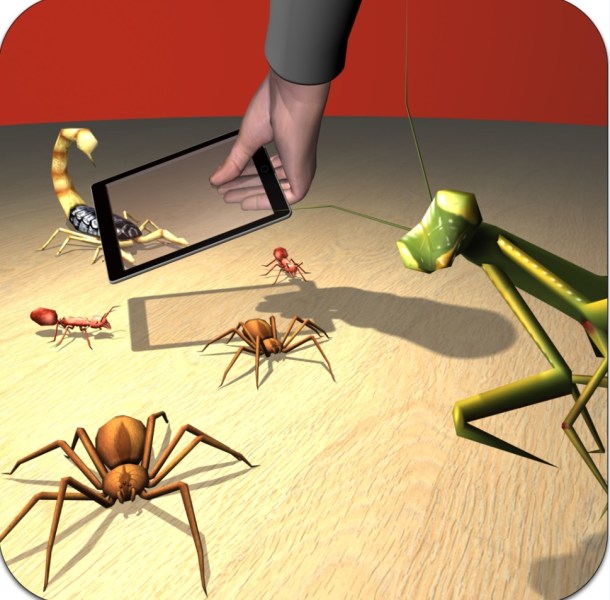 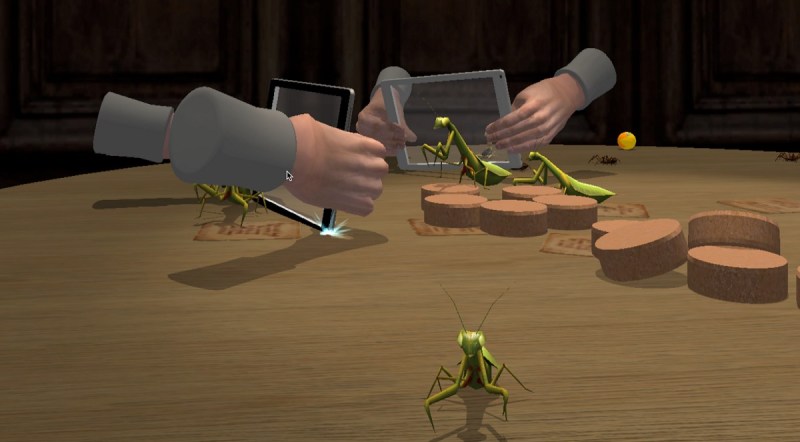 Today at the AR/VR Vision Summit in Hollywood, the company said it will demonstrate multiple users of the Samsung Gear VR headset playing in shared virtual worlds and reaching in with ordinary consumer smartphones and tablets. A half-dozen virtual worlds showed how users can push and paddle balls and other realistic objects, knock over dominos, play scoring games, dance together with expressive body language, and squash virtual bugs against their real tables, while seeing virtual versions of the devices they’re really holding – held in their animated virtual hands. 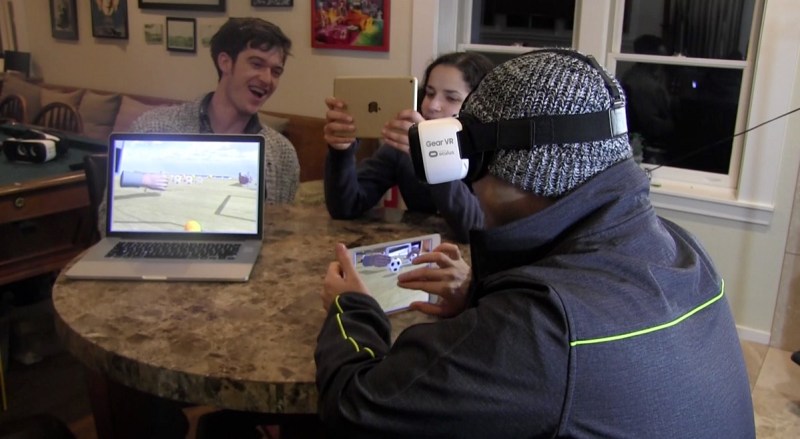 Above: Pantomime lets users with a Samsung Gear VR share a virtual space with users on smartphones, tablets, or PCs.

In Pantomime’s new demonstrations and videos, two, three and four headset users will be able to see each others’ virtual heads and hands, pitch and paddle balls to one another, play competitive games, and see themselves and others in virtual mirrors. Users with only a smart phone or tablet can see and be seen by other players as reaching into the shared virtual worlds.

“With Pantomime, anyone with a tablet, smart phone, computer, OR a VR headset can reach in and play with other people in virtual worlds,” Levitt said. 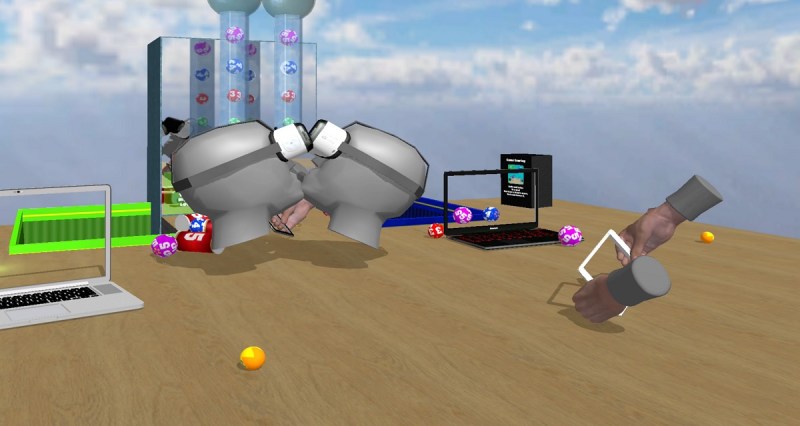