Robit is launching an Indiegogo crowdfunding campaign to raise money for a domestic robot that runs apps as if it were a smartphone.

The cute little robot rolls around your home and performs chores as commanded by the Raspberry Pi computer that serves as its brain. It’s an awful lot of technology on wheels, and Robit is hoping to cash in on the new consumer craze for artificial intelligence and household robots.

Tel Aviv-based Robit hopes to raise $40,000 over the next 30 days via the campaign for the robot, dubbed Robit. It has the ability to find its way through your home, so it can serve as an alarm clock, rolling into your child’s room at a given time and making noises. It can also teach your kids how to program. It’s like a pet that does your bidding. 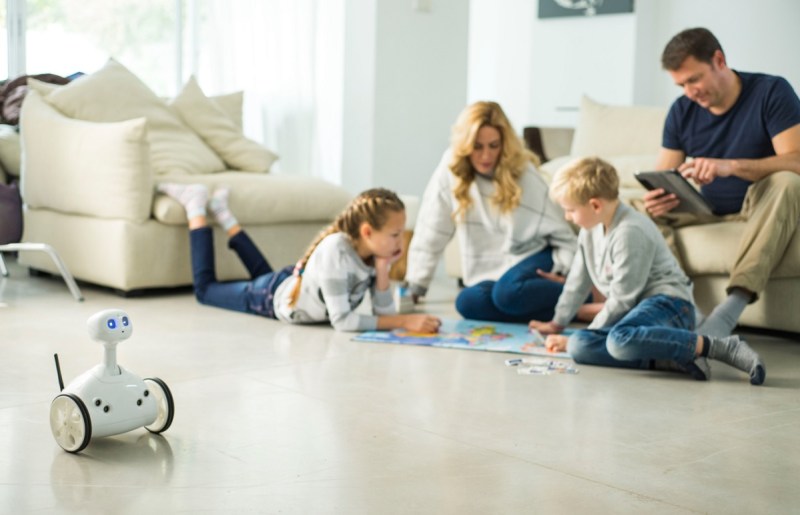 Above: Robit can roam your house and record videos with its camera.

It is the brainchild of an Israeli team headed by Shlomo Schwarcz and his brother Elazar, both experienced engineers. Shlomo does software, and Elazar does mechanical engineering. They also have help from chief developer Maxim Segal and chief designer Ilya Kaplun.

“It’s cute and can move around,” said Shlomo Schwarcz, cofounder of Robit, in an interview with VentureBeat. “We’ve targeted it for the whole family. It’s fun for everyone. It’s a functional robot.”

It won’t fold your laundry or do your dishes, since it doesn’t have arms. But it can monitor the security of your home and record videos while you’re away. Robit can also play with kids, as it has a gun that shoots Nerf missiles.

“You talk to it and it will talk back to you,” he said. “You can play all kinds of games with your kids. He’s not creepy.” 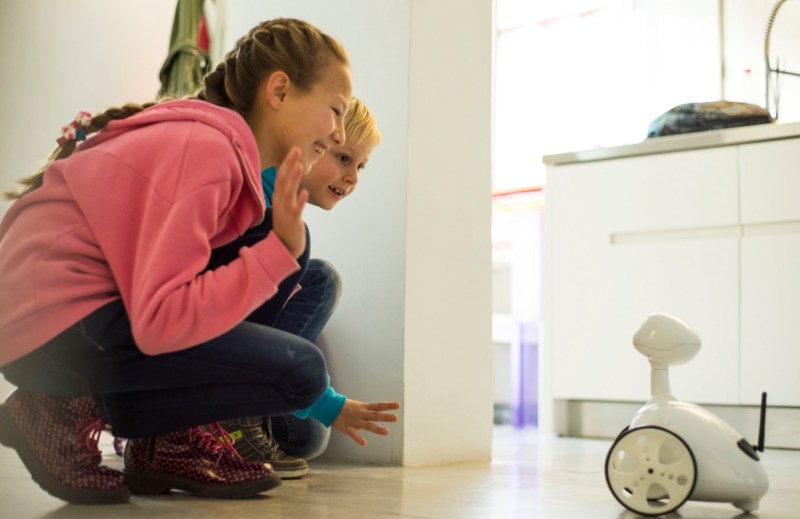 Above: Robit can play with your kids, and teach them programming.

The robot will sell for as low as $349 to early adopters, and it could be out late this year or early next year. It uses Linux and supports Python and Node JS. Developers can program apps to run on the robot, changing its functions and taking advantage of its various capabilities. Possible apps include the ability to recognize faces, teach children to code, find lost items, and guard the home. Robit has a camera in its mouth, and it has eyes that are lit by blue light-emitting diodes.

Robit uses a preconfigured version of the Raspbian OS. All Raspberry Pi libraries and applications will be available on Robit. It has two ultrasonic sensors in the front, and it connects to home Wi-Fi networks. The battery lasts around six or seven hours. The Raspberry Pi runs on a quadcore processor. That gives it the ability to do things like find your wallet, as it can remember where it saw your wallet last.

“We believe the more brainpower that goes into Robit’s development, the more innovative it will become over time,” Shlomo Schwarcz said. “We encourage users to hack Robit – meaning modify his software in any possible way.” 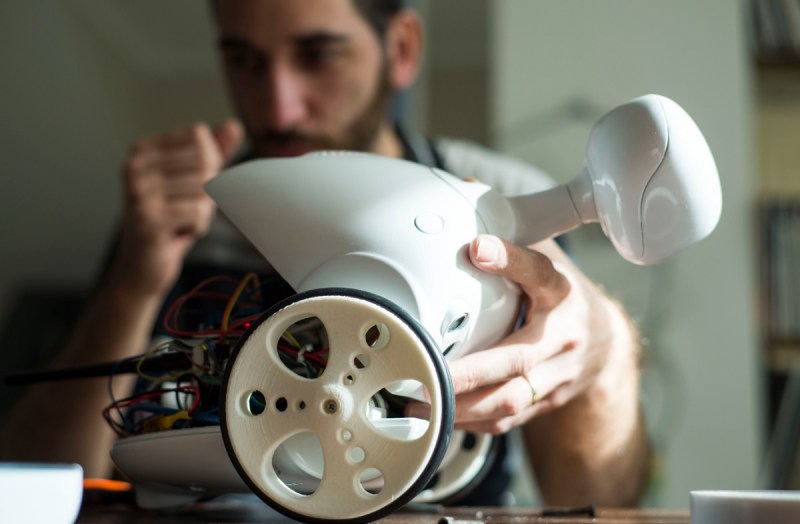 Above: Robit packs a lot of tech in a small space.