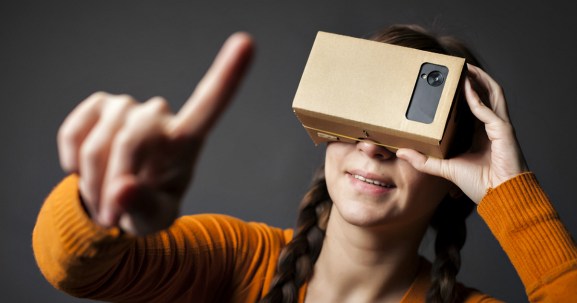 Google Cardboard is getting Unity support.

Google wants to keep the momentum it has with its virtual reality products going by supporting one of the most popular developer tools in the world.

Unity, the game-making tool from Unity Technologies, is getting native support for Google Cardboard, the company announced at Unity’s Vision Summit earlier today. This is Google’s cheap phone holder that enables you to use VR apps by holding it over your eyes. Unity support will enable game makers and other software developers to quickly bring their VR projects to both iOS and Android mobile devices. With companies like tech adviser Digi-Capital predicting that VR and AR will grow into a $120 billion business over the next five years, Google could establish itself as one of the go to stores to get mobile VR experiences.

In addition to announcing Unity integration, Google vice president of virtual reality Clay Bavor revealed that the company has shipped 5 million Cardboard devices to people around the world. This has led to 30 million Cardboard app downloads on Android.

“From the beginning with Cardboard, we’ve been about making VR for everyone,” said Bavor.

The Google executive went on to say that while Cardboard is well on its way to making VR an option for all consumers, Unity support will now make it possible for anyone to start building Cardboard apps.