The move is a recognition of the growing importance of YouTube influencers such as PewDiePie, a YouTube broadcaster who has more than 42 million followers. When PewDiePie (whose real name is Felix Kjellberg) touts a game, sales or downloads can soar. But Roostr is more specifically focused on helping mobile-game developers grow their audiences and also help lesser-known influencers, who can monetize their work much better through Roostr than through YouTube ad revenue.

Some of this may bring to mind a YouTube scandal, where influencers at Machinima failed to disclose that they were paid by companies such as Microsoft to tout the Xbox One video game console. But Marco Mereu, the CEO of Roostr, and Maria Alegre, the CEO of Chartboost, told GamesBeat that Roostr requires influencers to disclose that they are doing paid advertisements when they are talking about games from developers who sponsor the program. In turn, the Federal Trade Commission now requires influencers to disclose sponsorships.

With this deal, Chartboost will offer game developers a brand new way to reach new players. Roostr will benefit by having access to the top mobile-game developers, increasing the game choices for influencers and enabling them to find a good fit for their audiences. The influencers, known as content creators, get paid for driving new players directly to the games of their sponsors. 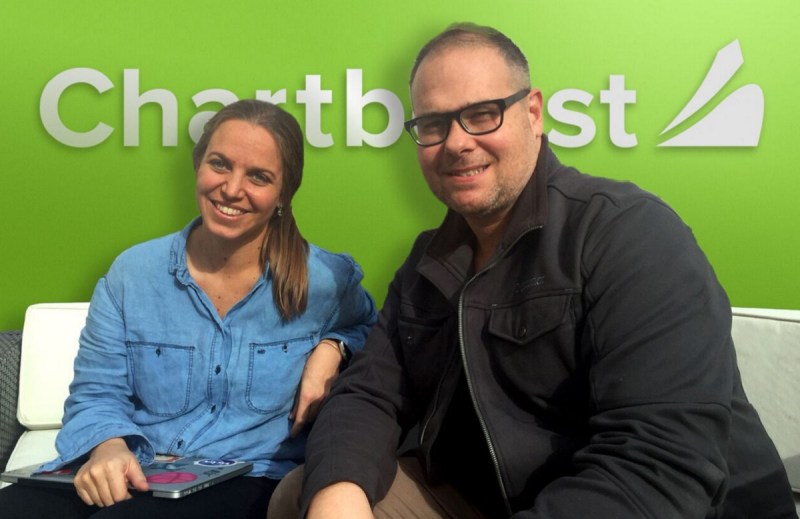 Above: Maria Alegre of Chartboost and Marco Mereu of Roostr.

The influencers who make videos, such as the one below, include a link to the game in the description of the video. If viewers click on the link and download the game, then that triggers monetization. The influencer gets credit for the download, and Roostr pays the influencer. In turn, the developer pays Roostr for the download. Because the click results in an actual download, the fee paid is much higher than if someone merely viewed the video. This is called pay-for-ad performance, and it means bigger bucks for the influencers, who can then start to make a real living from their jobs, Mereu said.

That part about scale is important, Mereu said, because that’s something that is hard for developers to do on their own. Developers know that YouTube, Twitch, and other video platforms have amassed huge audiences and that some content creators are great influencers. But the developers don’t have an easy way to track down the influencers who can deliver an audience for a particular mobile game. These direct gaming sponsorships can deliver better users who are actively seeking out the game because they’ve seen someone else evangelize it.

“It’s a huge source of traffic for mobile games that is also high quality,” Mereu said.

The monetization is more natural as it allows influencers to tout games that they really like. When influencers tout high-quality games, then they get more viewers, and those viewers will really only show up to watch if the enthusiasm is authentic, Alegre said. She also said that Roostr enables content creators to deal with declining CPMs (cost per thousand views, a proxy for ad rates).

“We are required to disclose by law” when it comes to telling subscribers that an influencer is being paid for touting a game, Mereu said. “It’s a perfect fit for YouTube, because 99 percent of all of our content is free-to-play. Because the games are free-to-play, there’s also little risk to the subscriber. As for the influencer, we don’t control their content. They say what they want to say about the game.”

A handful of influencers control a lot of the audience on YouTube. But Roostr also helps find influencers who are smaller, sometimes with less than 100,000 subscribers, Mereu said.

“They are able to drive installs, generate revenue, and bring an engaged audience for a game,” Mereu said. “We have seen channels of less than 100,000 subscribers outperform channels with a million subscribers. It all depends on how engaged and targeted the audience is.”

Not everyone gets on Roostr as content creators have to apply to be on it.

Roostr started last year, and it has just a handful of employees in Boston and San Francisco. That’s why it chose to team up with Chartboost, Mereu said.

Nick Neri, known for his popular YouTube channel NickAtNyte, said in a statement, “Working with companies like Roostr helps add structure to the chaos of dealing with companies individually while helping me diversify the content I am posting to my channel.”

For influencers, Roostr enables them to make a living by playing a game they would otherwise play for free. Technology makes the process transparent, and both game developers and influencers have tools to track impressions, clicks, and game installs in real time. Roostr handles payments directly.

“With Roostr, we’ve connected with content creators to reach new, engaged, high-quality players,” said Neal Vickers, the user acquisition manager at Big Fish Games, in a statement. “For a long time, we’ve also leveraged Chartboost’s transparent marketplace to execute on our player acquisition strategy. Chartboost and Roostr are a great combination, and we don’t hesitate to recommend them to every game developer wanting to grow their business.”

Chartboost, based in San Francisco, works with more than 300,000 games. Those games are played in 150 countries and reach over 1 billion players every month, who play more than 40 billion sessions in a month. Chartboost has raised $21 million from Sequoia and other investors. Chartboost has 150 employees. 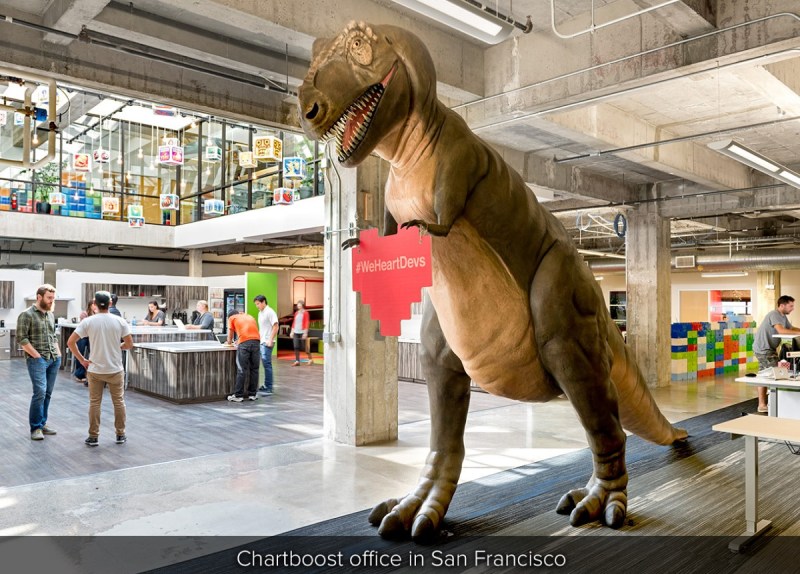 Above: Chartboost’s headquarters in San Francisco.