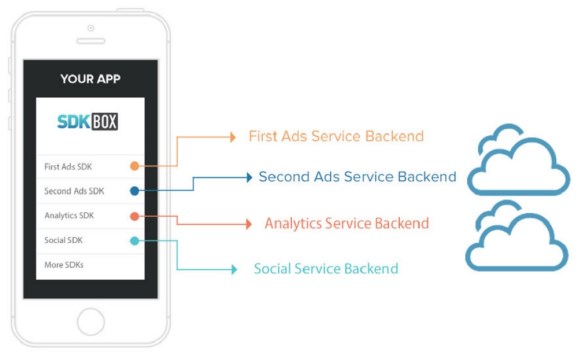 China’s Chukong Technologies is spinning out its mobile services associated with its Cocos2d-x game engine as a separate company.

Chukong makes and publishes its own mobile games such as Fishing Joy (downloaded 120 million times), and that will remain its main business. But it also owns the popular Cocos2D-x mobile game engine, which is used by hundreds of thousands of game developers to make 2D mobile games. It is an interesting move that gives the company more options in both games and platform services in the $34 billion mobile game industry.

Game engines have clearly become strategic assets and keys to platform control. Cocos2d-x competes with engines such as Unity, Epic Games, MaxPlay, and Amazon, which recently launched its Lumberjack game engine. All of those companies are in a chess game to win over the hearts and minds of game developers. With Chukong making its own games, it probably had some conflicts of interest that prevented it from fully exploiting the platform opportunity that the game engine and the services brought to it.

Beijing-based Chukong has also been building something called SDKBOX, or a collection of precertified mobile services that work out of the box with Cocos2d-x. The Cocos2d-x game engine has some big publishers: Big Fish, DeNA, Square Enix, Bandai Namco, Mixi, and Social Point. These have access to the freely downloadable SDKBOX, which makes it fast and easy for developers to integrate precertified third-party software development kits into their games through a single, unified SDK.

SDKBOX addresses the problem of SDK fatigue, where game company engineers have too many SDKs to manage. If one crashes, the game crashes, as pointed out to me by William Grosso, CEO of Scientific Revenue, in a recent interview. Developers have to be diligent about auditing their third-party services, such as an ad monetization engine, so their games don’t become bloated. SDKBOX is suppose to relieve developers of that burden of policing dozens of third-party services. It’s an important service, and that may be why Chukong is spinning it out along with Cocos2d-x.

SDKBOX debuted in July 2015, and it is already being used in over 4,500 games (with an audience of 20 million), and it has integrated services such as Chartboost and Google Analytics. SDKBOX services include analytics, user acquisition, monetization, advertising, compliance, and more.

Kai Zhao will serve as the head of SDKBOX, which will be a completely separate company, partially owned by Chukong. SDKBOX has 10 employees.

Kai Zhao, the new head of operations for SDKBOX, said in a statement, “Chukong is dedicated to providing mobile game developers with the tools and services critical for creating and growing games. Now with the spin off of SDKBOX as a standalone entity, we’ll be better positioned to focus resources and provide the widening spectrum of services that developers need to be competitive in the market.”

Asked why the company did this, Zhao said in an email, “By being a standalone company we can cover a much broader (fully half) portion of the market. SDK fatigue is an efficiency drain for all mobile developers, regardless of the engine they are using. By defining the problem we are working on, rather than the engine we are working with, we can serve game developers impartially.”

SDKBOX has also begun supporting rival game engines from Unity Technologies and Epic Games with its 2.0 update. And earlier this month, the SDKBOX in-app purchase controller was approved for sale and listed in the Unity Asset Store.

Haozhi Chen, CEO of Chukong Technologies, said in a statement, “Spinning off SDKBOX was the next logical step for scaling the business within the games industry. This move provides more autonomy for SDKBOX to support additional engines and grow market share in the live operations technology market for games. Additionally, the new company will have dedicated financial and strategic support from Chukong, and we’re looking forward to the future growth of this sector for our overall business.”

[Updated: Chukong says it is only spinning out SDKBOX, not Cocos2d-x]