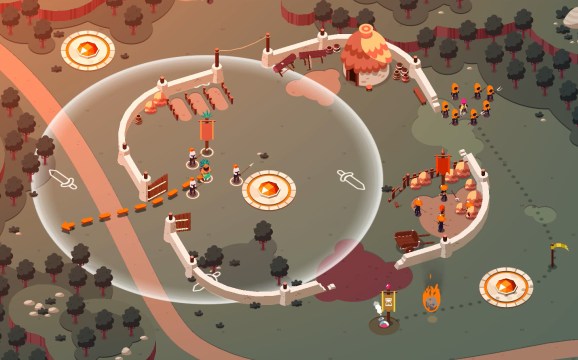 If StarCraft is a bit out of your league, En Masse might have a solution.

The publisher, which runs the massively multiplayer online role-playing game Tera, announced a new real-time strategy game today, Battleplans. While RTS games usually require a lot of practice and patience to learn, En Masse claims that Battleplans will have a lower barrier of entry. This could help it attract players that usually shy away from the genre. It will come out first for PC, with a mobile version following later. Mobile releases are important, since that industry was worth $34.8 billion in 2015. RTS games used to dominate the PC scene, but multiplayer online battle arena titles (MOBAS) have eclipsed them in popularity. StarCraft II is the only RTS that remains a popular esport — which is important, because having an esports scene for your game can vastly grow its player base and offer new marketing opportunities.

Chris Lee, chief executive officer of En Masse, told GamesBeat that players will share data between the PC and mobile versions, and he also said that both will support cross-platform multiplayer. This is a rare feature for the RTS genre.

“We’ve decided to launch on PC first because it allows us to get player feedback and data to make faster changes to the game without the time lag of the mobile submission process,” Lee said. “It also provides us a chance to more readily engage with our community, which is something we are very passionate about.”

As for how the game plays, Lee described the defensive part of Battleplans as similar to a tower-defense game, while offense will focus on choosing heroes and support units.

“We’re excited about Battleplans because it brings together some of the most engaging aspects of the RTS genre, and challenges players to outsmart each other,” Lee said. “Separating the attack and defense mechanics provides players with two extremely compelling gameplay experiences.”

En Masse is planning a beta for the PC version, which you can sign up for here.