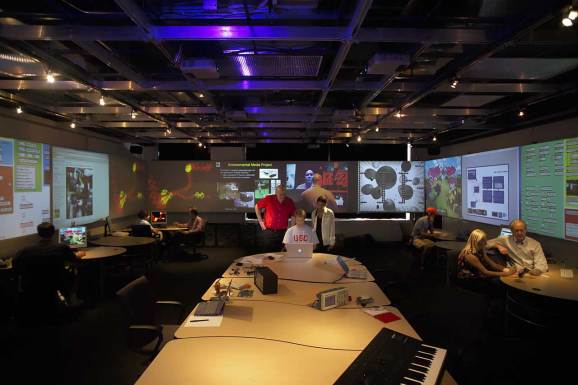 I’ve been in the online media, mobile and games industry for 23 years, and in 2009 , I witnessed the first major change for talent in the move from console to mobile. After a dramatic 2015 in mobile, 2016 marks the beginning of yet another big shift as mobile and console talent morph into the wearable and VR sector. The big opportunities for mobile talent in 2016 are in virtual reality, esports, and wearable technologies – but it won’t be easy for anyone.

The mobile development industry has undergone rapid expansion over the last 15 years, and it really accelerated over the past three-plus years due to the emergence of social apps and monetization practices in free-to-play (or pay to win). For 2015, this rapid change was marked by frequent studio closures, restructurings and layoffs, such as at DeNA, Rovio and Gameloft who underwent their 8th major studio closure. On the positive side, Activision-Blizzard acquired Candy Crush Saga maker King for $5.9 billion, Bethesda’s first mobile game shook the Apple App Chart in June, and SGN acquired two new studios the week before Christmas – it’s clear the mobile market was adapting rapidly. But it was also a summer of quiet desperation, it was unlike any other I’ve seen, as the opportunities for talent to experiment and commit to is now so wide.

Mobile as we know it is undergoing a revolution. Handheld devices are evolving into wearables working off of interconnected smart platforms and smart devices around the home. Things are changing fast. The concept of screens is morphing. Voice recognition will soon become the norm for data entry. It’s rumored that battery power will last for weeks. 5G networks will be standard. A microphone will most likely be under your skin in the not too distant future. Glass screens will one day become an ancient relic, as a contact lens may just be one of your screens.

With all that change in mobile that looked seemingly unstoppable, career development opportunities seem to be at their best yet.

The end of the smartphone

According to a study the “smartphone” should become obsolete in the Western world in the next five years with the advancement of AI. A leak suggests that Apple has 50 engineers working in secret to transform the iPhone into a lighter, thinner, more advanced versions of the liquid-crystal displays currently in use. And numerous games and sequels have launched on the Apple Watch in 2015, as with Everywear Games, which also just launched its second game on the platform. We are moving into wearable devices, which will be the next evolution of the smartphone powered by artificial intelligence. What will apps and games look like then?  What new experiences will developers aspire to create? What problems will need to be solved?

On the mobile side, game companies have started to explore more emerging markets. Closer to home, Zynga announced strong results this week, but its greatest challenge seems to the same big problems every mobile games company has – the cost of acquisition, retaining players and live ops. The hunt for talent with analytical, marketing, growth product and technical skills is the toughest it’s ever been. With so many career options, the war on talent is going to be the most challenging yet.

2016 is clearly the year of VR and AR gaming. Development teams have reportedly, finally, solved challenges that have hindered the technology’s progress and are now able to create completely immersive experiences for consumers. Gaming is moving rapidly into virtual and augmented reality platforms and the audience – especially Generation Z (born late ’90s to 2000s) will favor it, over console iterations. This technology will become the future of entertainment, and I’m beyond excited at what leaders are solving to create great experiences.

It will take a while for VR to reach mass market. For now, the best introductory solution for 2016 is Google Cardboard, and the new report this week of Google’s new VR headset confirms greater commitment and credibility to this new medium. Many developers are already going in the direction of Cardboard, not just in games but to explore other possibilities. 2016 will see more developments in the VR goldrush. As we move away from the smartphone, the delivery mechanisms for gaming are also undergoing radical shifts. These new technologies will transform the end-to-end experience from screen to delivery to user experience. As the recent $50 million dollar investment by the Japanese megapublisher Colpol suggests, the hot development is in virtual reality gaming. Companies are focused on bringing these platforms to the mainstream, and it’s a focus of many of the latest crop of startup ventures and large digital corporation innovations.

The Internet of Things

We are already being impacted by the Internet of Things, and this impact will accelerate over the next five years. Smart technologies are being interwoven into every aspect of our lives including our physical bodies, homes, transportation and more. According to a recent article in the Huffington Post, “wearable devices is predicted to grow 19-fold from 2014 to 2019, a compound annual growth rate of 80 percent.” Wearables are the next evolution of the “mobile” device as we know it, and they will be fully integrated with other smart devices with all of our information stored in the cloud and accessible from multiple devices. Information is no longer device based, which will completely change the dynamics of design.

We will no longer have a need to carry smartphones as more data is stored in the cloud, which allows us to access information from several devices. It also challenges how developers build products and applications. The push in design is toward more integration and streamlining. We are also seeing the effect of this development in the evolution of programming languages. For now, the focus is on screens and devices to access information. From a talent perspective, this means reorganizations are taking place across the board in mobile as companies pivot to keep up with gaming trends, economy (or lack of), rapidly advancing markets (India, China, etc.) and technology’s fast evolution, enterprise development, and investor needs.

At Forward, we’re privileged to work with global talent pools on senior international searches. We’ve seen talent movements, but in mobile especially, there’s been a tidal turn on talent typically relocating from Europe or Asia to the U.S., to now seeing a significant upturn of mobile talent landing leadership, production, creative and technology roles in Europe and Asia, as mobile games opportunities thin out in the U.S., or there’s less faith in stability in America. At first, I was concerned. But stepping back I see talent, leaders, and visionaries who have already moved from console to mobile over the year now transition successfully into VR, esports, and wearable technology, which represent the markets with the big professional opportunities with the biggest problems to solve and the most exciting worlds to create. These companies need great talent to share established best practices, and lead the development of their platforms. It’s clear, the opportunities are vast in mobile, virtual reality, augmented reality, esports and the emergence of mobile esports internationally.

As a result of these major tech advances, the industry is preparing accordingly. For some, it will mean shifting the business model, and for others it will mean closing their business to start something new. Survival will become a question of adaptation, mobility, and foresight. For talent, it’s time to learn new technologies and ways to solve problems by developing new skills, as technology leaps into the world of artificial intelligence, virtual reality, and augmented reality.

Despite the mobile games market overtaking the console market, the adjustments in the past few years and its unpredictability is challenging employees commitment to the current mobile app model and they’re looking elsewhere – both inside and outside the rapidly evolving games market.  One thing is for sure for mobile game developers, if you are 100% committed to making mobile games, entrepreneurial or contract opportunities within the independent game scene will be a strong path too.

Talent in mobile who are unable to predict how the changes might impact them, consider that a warning signal. Staying ahead of the curve is tough. Right now is the time to begin to prepare professionally for this shift – if you haven’t already — with so many choices and directions to select. Anyone that comes here to VentureBeat and GamesBeat know we live in a rapidly changing time that demands constant learning, adaptability, flexibility and foresight from professionals working in the “mobile” space as the device takes on new forms.

For those that might look at 2016 with slight uncertainty on their career direction or leadership development — prepare to embrace new technology, new skills, new ways of working and delivering and prepare to be flexible to traverse new environments. The Year of the Monkey is going to be dramatic and exciting, and it will impact every one of us.