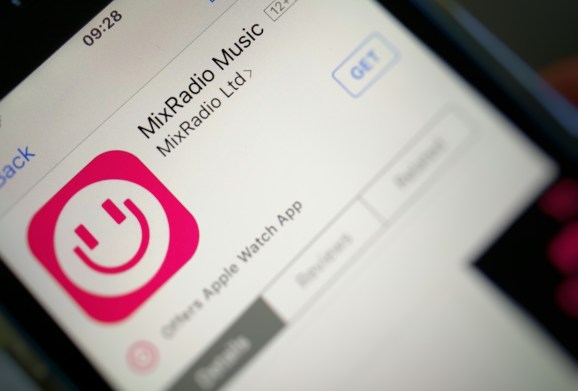 Mobile messaging giant Line has announced that it’s shuttering MixRadio, the music-streaming service it acquired from Microsoft 14 months ago.

MixRadio was initially developed by Nokia way back in 2007, though over the years, it has been known under various names, such as Nokia Music and Nokia MixRadio. The service was taken over as part of Nokia’s $7 billion acquisition by Microsoft in 2014, but given that it already had its own music service in the form of Xbox Music, Microsoft offloaded MixRadio to Japan’s Line later that year.

Having previously been absent from Android and iOS, Line finally launched apps for the dominant mobile platforms last summer, in the hope of gaining traction around the world. But alas, it seems the party’s over after less than a year as a cross-platform service.

For the uninitiated, Line rose to prominence back in 2011 for its WhatsApp-style messaging app. Today, it claims north of 200 million monthly active users (MAU) in more than 200 countries, though the majority of these users exist across a few countries in Asia, including its native Japan. In some ways, MixRadio could be construed as Line’s attempt to gain traction in markets around the world where it has previously struggled to find a foothold with its core product.

Line has branched out into other services too, including mobile payments, taxis, and other standalone apps — including a camera app for foodies, which the company launched just today. But in terms of growing its actual user numbers, the company seems confined to its home region, while competitors such as Facebook-owned WhatsApp go from strength to strength.

Line didn’t go into too much depth as to why it is discontinuing MixRadio, but it did say:

“Line agreed to acquire the business and assets making up the music service known as MixRadio from Microsoft Mobile OY in December 2014. The newly established company continued to provide a radio-style music streaming service intended to provide a broader user experience. Nevertheless, after a careful assessment of the subsidiary’s overall performance, the financial challenges posed by the music streaming market, and priorities of Line Corporation, Line has determined that future growth would be difficult to ensure and decided to discontinue the MixRadio music streaming service.”

The long and short of it is that MixRadio simply didn’t take off in the way that Line had hoped. A further clue as to Line’s continuing struggle to grow globally lies in the fact that its broader Line Music service, which was announced in late 2014, will continue to operate in its existing markets — Japan and Thailand.

MixRadio will be discontinued “in the coming weeks,” according to the company.