InVisage Technologies is announcing a new chip today that enables a new kind of high-quality security camera, better laptop cameras, and Internet of Things applications. It could open up novel applications, such as a drone that can detect its environment and avoid colliding with anything in its way.

The new chip, SparkP2, is a stripped-down version of a more advanced image sensor that InVisage started producing last year. The SparkP2 can capture 2-megapixel images, which by itself isn’t that big a deal. But it can also capture high dynamic range, or imagery with dark and light parts in the same image, and it can do so using just one-twentieth of the power of competing chips, said Remi Lacombe, vice president of sales and marketing at InVisage, in an interview with VentureBeat.

The sensor captures light in the near-infrared part of the electromagnetic spectrum. It could be used in things like virtual reality sensors, drones, and webcam iris-detection cameras. The sensor has three times the ability to capture light, but uses a lot less power.

“This is a low-resolution sensor, and it is a very different market from our first chip,” Lacombe said. “Our solution is smaller and much cheaper. And we can take the power down 20 times.”

SparkP2 is available in samples in April, and mass production is scheduled for the summer.

InVisage launched its first chip, a high-end 13-megapixel sensor dubbed Quantum13, in November 2015. That chip was in the works for more than a decade, and it is targeted at smartphones for taking pictures with high dynamic range, or images with both dark and light sections in the same picture. The QuantumFilm technology enables images to be much sharper, with twice the dynamic range, and be able to record 4K video. The opportunity for 13-megapixel cameras is expected to grow from 408 million units in 2015 to 995 million units in 2020, according to market researcher Techno Systems Research.

Brian O’Rourke, analyst at market researcher IHS, said in an email, “There’s certainly opportunity here for InVisage. The types of use cases that they’re going after, such as facial and iris recognition, depth-mapping and eye and gesture tracking, have a wide variety of imaging applications, from security to online banking to gaming. These will all benefit from better performance in the IR range. These applications should grow significantly over the next few years, from a limited current base. The barrier for InVisage is the strong, established companies that they will be competing against in the image sensor market, companies like Sony, Samsung, OmniVision and ON Semiconductor. As a startup, it’s extremely difficult to compete against companies that currently generate billions of dollars in revenue in your target market. You not only have to build a better mousetrap, but you have to be able to market it effectively.” 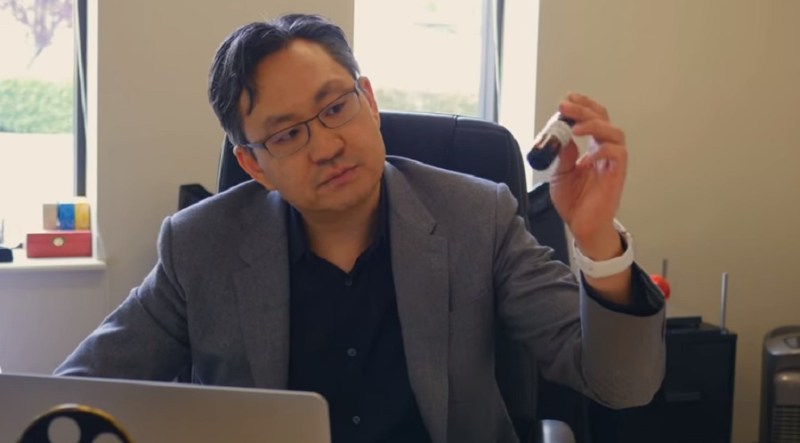 QuantumFilm is a light-sensitive layer on a digital camera’s image sensor. It captures the light when you take a photograph and sends it to the electronics underneath. Conventional cameras use silicon chips to absorb light, but such chips (based on complementary metal oxide semiconductors, or CMOS) only capture about 25 percent of the light that hits the surface of the silicon.

Michael Palma, analyst at market researcher IDC, said in an email, “We are seeing a shift from traditional photography and videography use cases into roles supporting a wide range of devices that will use images and video as part of their autonomous functions.”

He added, “From drones to self-driving cars, and from robots to surveillance cameras, we are seeing solutions launching that apply advanced image and video analytics to enable a device’s autonomous action — whether it’s to navigate a space or to send notifications to users. Additionally, user interface and authentication are additional use cases for image and video analytics. But all of these applications start with the image sensor.”

Palma further added, “InVisage’s solution appears compelling. The company claims a significant improvement in performance, with a smaller and lower cost solution compared to [traditional] image sensors. The question will be how well this technology performs in the market and how successfully InVisage can market the solution.”

InVisage was founded in 2006, after several years of research at the University of Toronto.

Just nanometers in size (a nanometer is a billionth of a meter), a quantum-dot-based material is deposited directly on top of a chip wafer (chips are processed in pizza-size wafers and then sliced into individual chips). QuantumFilm covers 100 percent of each pixel, capturing all light that hits it. The material is applied in liquid form to the top of a spinning disk, then it is annealed, or baked. It is a lot like adding a layer of photoresist to a chip wafer, and it uses the same equipment.

Back in 2010, when we first wrote about InVisage at the DEMO conference, the company had hoped to ship its chips much earlier. But it ran into a number of snags while trying to scale up the manufacturing. That’s one reason the company raised more money. In 2010, InVisage had raised $30 million. As of today, it has raised $120 million from the likes of GGV Capital, Nokia Growth Partners, RockPort Capital, InterWest Partners, Intel Capital, Oceanwide, and OnPoint Technologies.

Much like the 13-megapixel sensors, the 2-megapixel sensors will have the ability to capture details hidden in shadows as well as areas splashed with light in the same image, as in the picture at the top. Conventional security cameras often produce images with washed-out sections under similar conditions.

Rivals include Sony, Samsung, and other companies that have acquired previous competitors.

QuantumFilm also offers the world’s first electronic global shutter for smartphones, a camera technology that enables full-frame capture instead of the cumbersome rolling shutter method that CMOS sensors use to scan from the top of the image to the bottom. With this electronic global shutter, Quantum Dot sensors can capture crisp still photos of fast-moving subjects at full-frame shutter speeds normally reserved for digital SLRs.