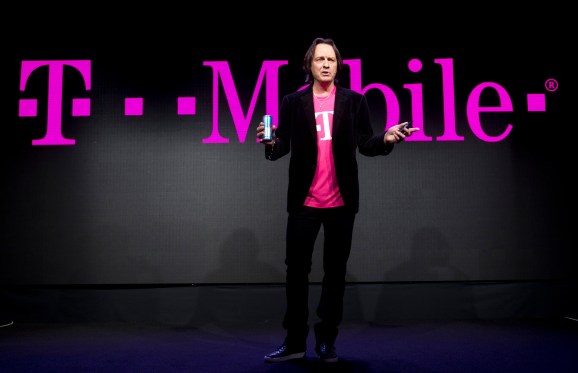 To lure customers from rivals Verizon Communications and AT&T, the No. 3 U.S. wireless provider T-Mobile has launched promotions like data rollover offers and lower-priced phone leasing plans in recent months.

In November, the Bellevue, Washington-based company launched a new service “Binge On” to give customers the option to stream video from services such as Netflix on their mobile devices without having it count against their data plans.

The company’s average revenue per postpaid user (ARPU) fell marginally to $48.05 in the fourth quarter from $48.26 a year earlier, beating the $46.97 forecast by analysts polled by market research firm FactSet StreetAccount.

“T-Mobile was the only operator to not disappoint on ARPU, the monthly phone payments of its customers,” BTIG Research analyst Walter Piecyk said.

To upgrade its network, the company plans to invest up to $10 billion to buy low-frequency airwaves in a U.S. government auction that starts on March 29. In addition to its bigger rivals Verizon and AT&T, it will go up against Comcast and Silicon Valley investment firm Social Capital, which have filed to participate in the auction.

T-Mobile shares, which fell about 7 percent this year through Tuesday, were up 2.7 percent to $37.44 in Wednesday morning trade.

(Reporting by Malathi Nayak in New York and Anya George Tharakan in Bengaluru; Editing by Don Sebastian and W Simon)