As its name implies, Microsoft Translator is the company’s translation service, available for Android, Android Wear, Apple Watch, iOS, Windows, and Windows Phone. It supports translation of text, speech, documents, and webpages across 50 different languages (compared to Google Translate’s 103). The Android and iOS apps were the versions released in August 2015, which means they were due for an update. 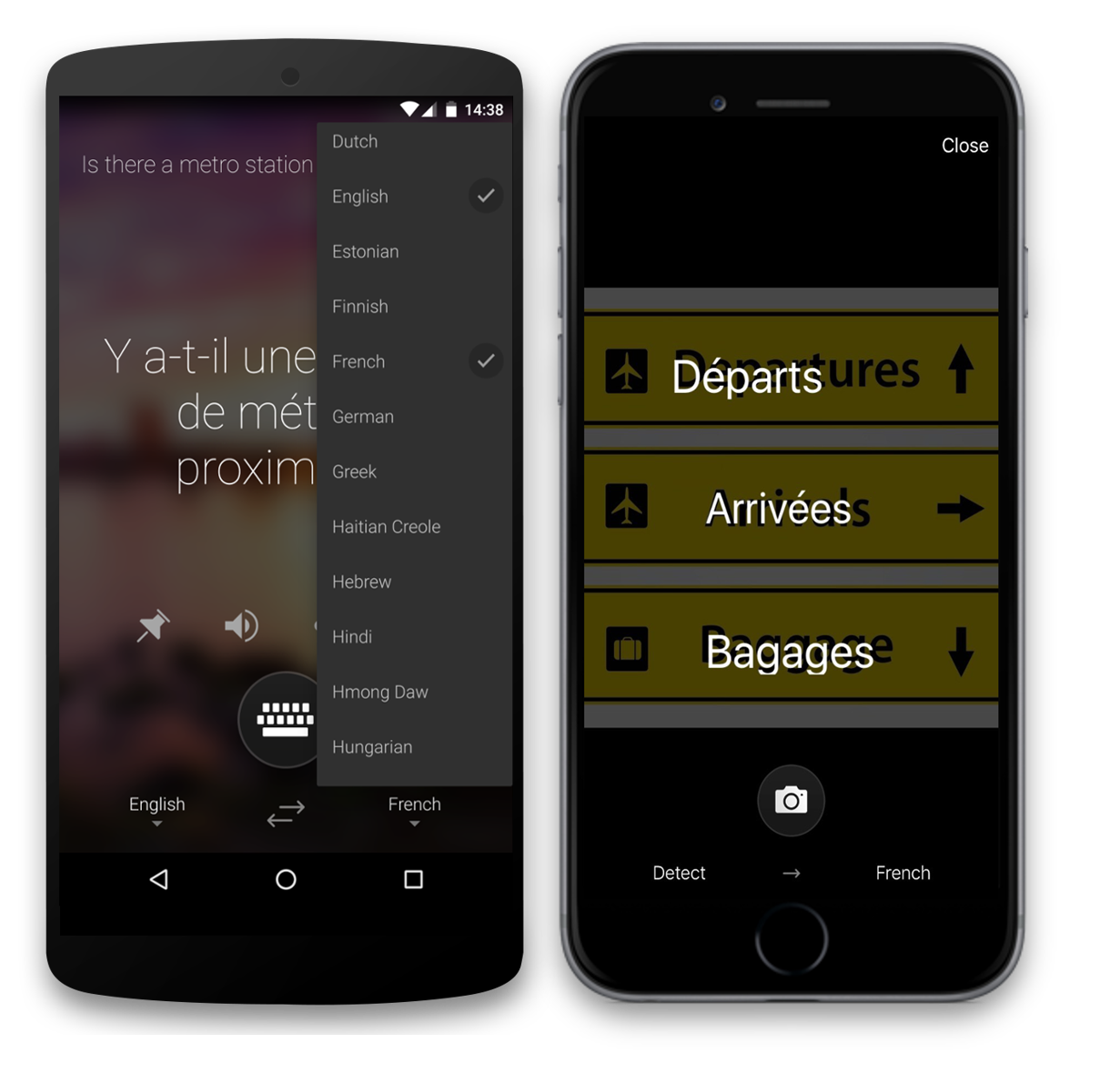 The Android app now lets you download free language packs that are powered by what Microsoft calls “the world’s first Deep Neural Network-powered offline engine.” The result is “near online-quality translations,” even when you’re not connected to the Internet. Languages currently supported are as follows: Chinese (Simplified), English, French, German, Italian, Polish, Portuguese, Russian, Spanish, and Vietnamese.

The iPhone app now lets you translate text from your camera roll or saved pictures, thanks to OCR support. Instead of typing the text or speaking aloud, you can get a translation right on top of the existing text in the picture.

This is particularly useful when translating signs, menus, fliers, email attachments, social media, and really any image you find online. Microsoft Translator has had image translation in its apps for Windows and Windows Phone since 2010, so landing this capability on iOS is no surprise.

Given that the offline translation functionality, albeit in an inferior version, already existed for Windows, we asked Microsoft why the company didn’t deliver this improvement on its own platform first. Unfortunately, the company didn’t explain anything, though we suspect Android’s widespread popularity had something to do with it.

Microsoft did, however, say it plans to bring these two features to other platforms “soon.” The goal is to have all of Microsoft Translator apps offering offline translation using AI and image translation capabilities.