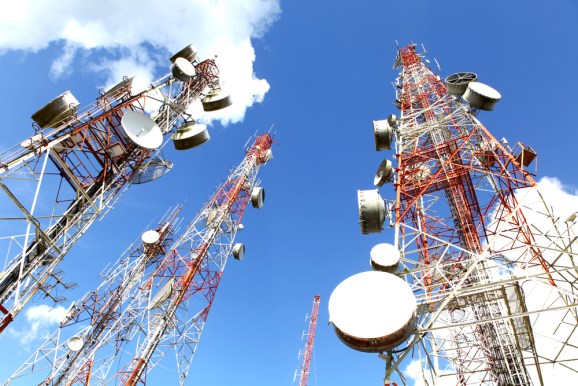 Three UK and Three Italy have announced a partnership with an Israeli company called Shine to install ad-blocking software that can be deployed across their entire network, covering millions of subscribers. If successful, the technology will be introduced to other Three markets around the world.

While this will no doubt be welcomed by customers, it will also create friction with online publishers who rely on advertising to pay for content. Ad-blocking apps are a popular means of preventing annoying ads and pop-ups, with Adblock Plus emerging as one of the most-used services in the space. That an end-user would wish to avoid ads makes sense, but why would a mobile network wish to block ads at the source?

“Our objective in working with Shine is not to eliminate mobile advertising, which is often interesting and beneficial to our customers, but to give customers more control, choice and greater transparency over what they receive,” Three said in a statement.

Three argues that its customers should not pay data charges for receiving ads — this cost should be covered by the advertiser itself — and that many ads are intrusive, irrelevant, or excessive. But perhaps more importantly, the operator points to dubious mobile ads that extract and exploit user data without consent.

This year’s VentureBeat Mobile Summit will feature several working sessions around mobile advertising The executive-level event takes place April 4-5 at the scenic Cavallo Point Resort in Sausalito, CA.Space is limited to 180 executives — but it’s not too late to apply for one of the remaining seats.

It’s not entirely clear yet how Three plans to achieve its goals here, but the company does say it plans to work with the advertising community in the coming months to “deliver a better, more targeted and more transparent mobile ad experience” to customers.

“Irrelevant and excessive mobile ads annoy customers and affect their overall network experience,” said Tom Malleschitz, chief marketing officer at Three UK. “We don’t believe customers should have to pay for data usage driven by mobile ads. The industry has to work together to give customers mobile ads they want and benefit from.These goals will give customers choice and significantly improve their ad experience.”

Three’s intentions here could not be clearer: It wants its share of the advertising pie by playing a role in controlling which ads are delivered and which aren’t. This is similar to how Adblock Plus operates a whitelist system that lets some advertisers pay to have their ads circumvent blocks. It’s not clear that this is exactly how Three’s system will work, but it seems certain that Three will benefit financially, despite claims that the network is merely looking after the interests of its users.

It’s likely that Three is vying for major online advertisers such as Google — companies that make billions of dollars serving ads that rely on the network infrastructure built by mobile operators like Three. Such a scenario isn’t without precedent — back in 2013, a French Internet service Provider (ISP) argued that Google didn’t pay its fair share when ISPs were investing heavily in the infrastructure improvements required to cater to bandwidth-intensive services, which include Google-owned YouTube. Though the ISP started blocking ads, it quickly reversed its decision following political intervention.

Three isn’t the first network to implement Shine’s technology — Digicel’s 14 million subscribers in the Caribbean were first to get access to the service back in September. But having Three on board gives a further 30 million mobile users access to ad blocking out of the box, and plans are now afoot to introduce the technology to more European carriers throughout 2016. A Shine spokesperson confirmed to VentureBeat that U.S. carriers are also in its sights, though it stopped short of confirming any concrete plans.

Ad blocking at a network level should be more effective than using an app, not only because it automatically covers users who have hitherto never bothered installing ad-blockers, but because it reportedly reaches a much wider range of advertisements. It may also be harder for publishers to circumvent the blocks, as companies such as Google can’t control a carrier’s data center in the same way they can control app availability.

It is still early days, but there will likely be more negotiations between publishers, advertisers, and ad blockers in the coming months, once we get a clearer picture of how Shine and its roster of carrier partners plan to implement its technology.