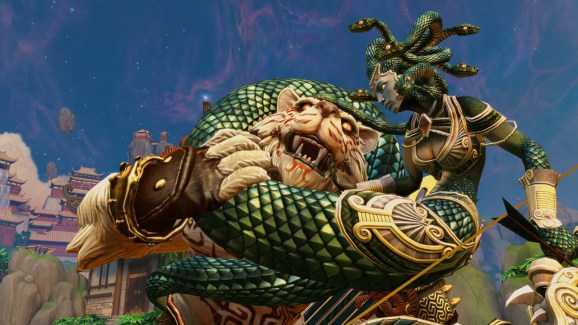 Smite is now on PlayStation 4

And he shall smite thy console exclusivity.

Smite, a multiplayer online battle arena strategy game, is coming to PlayStation 4, Sony announced today. Smite was previously available on Xbox One and PC. While not as popular as top MOBAs League of Legends (which leads the genres — it earned $1.6 billion in 2015) and Dota 2, Smite still has over 14 million players. The whole MOBA genre has grown in popularity largely thanks to its appeal in esports, an industry worth $748 million.

Smite is one of the rare MOBAs available on consoles (League of Legends and Dota 2 are only on PC). It also features a third-person perspective. Expanding to the PlayStation 4, which outsells the Xbox One, will open it up to a new, large audience. In fact, the PlayStation 4 outsold the Xbox One in all but two months in 2015. It will remain free-to-play on the new platform.