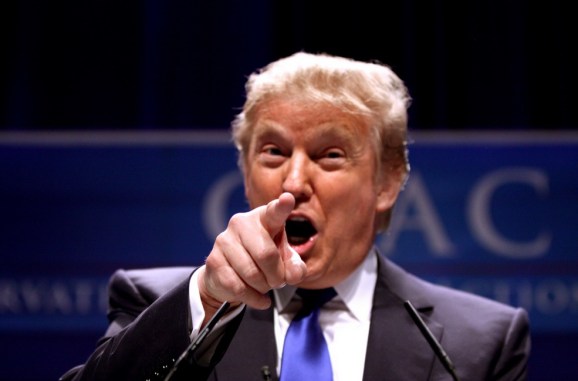 Donald Trump today called for a boycott of Apple following the company’s refusal to help the FBI unlock data from the San Bernardino shooter’s iPhone.

Speaking at a rally in South Carolina, the Republican presidential candidate declared, “I think what you ought to do is boycott Apple until such time as they give that security number. How do you like that? I just thought of that,” he declared. “Boycott Apple!”

Trump took the opportunity to attack Apple’s CEO, who has vowed that his company will defy a court order to breach the iPhone used by Syed Rizwan Farook, one of the San Bernardino killers. “Tim Cook is looking to do a big number, probably to show how liberal he is,” Trump said.

Trump repeated his call to action, “Boycott Apple until such time as they give that information.” Then he repeated it again online, tweeting the following — via an iPhone, of course.