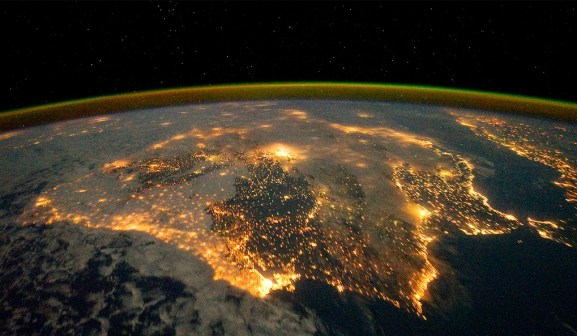 The last few years have been fantastic for European tech. We’ve seen more world-class entrepreneurs emerging from our vibrant tech communities than ever before. Not only are we seeing continued momentum in traditional tech hubs like London, Stockholm, Berlin, and Paris, we’re also seeing the tech ecosystems in places like Lisbon and Amsterdam really come into their own.

There’s one place in particular that we’re really excited about at the moment, though: Spain. In the last couple of years, the ecosystems in Madrid and Barcelona have been on a roll – and my VC firm has been lucky enough to back a string of great Spanish companies, including CartoDB, Packlink, Flywire, JobToday, and Wallapop.

Why are we so excited? The recession that plagued Spain after 2008 seems to have created a new breed of entrepreneur – one that isn’t phased by a fear of failure or red tape, the two traditional Achilles heels of the Spanish startup ecosystem. And with increasing amounts of local funding available, these founders have been able to create a new generation of world-class companies from Spain.

At the same time, there are signs that the ecosystem needs to focus on sustainability. With more money flowing in, we’re seeing some founders take on too much capital and possibly ramp up burn rates prematurely. We’re also seeing unproven incubators and accelerators pop up to get a piece of the action. We’re all for experimentation, but these are common symptoms of a tech cluster that is still maturing. The key task at hand is to harness the momentum and create a sustainable ecosystem.

According to Venture Watch, 2015 saw the total amount invested into Spanish digital tech companies almost double from €326 million to €596 million ($363 million to $664 million), growing much faster than Europe as a whole (which was up 38% over the same period, according to Pitchbook). The deals are getting much larger too. The median round size almost doubled to €38.3 million ($42.6 million) in 2015 – much of this being driven by large rounds for companies like LetGo, Wallapop, Job&Talent, and AlienVault. While we believe Spain can and will do a lot more, it’s been fantastic to see these great new companies emerge and is opening up some great opportunities to invest.

The ambition level of Spanish founders has also grown dramatically. We’re now well beyond the copycat models that used to dominate the market, and today more and more Spanish founders are building global companies from day one. Just look at Wallapop, for example. The founders first launched their mobile classifieds app in Spain, but as soon as they knew the model worked, they took it to the US where they are growing quickly. These are exactly the sorts of globally ambitious founders we love to back.

Our latest bet is on CartoDB – and we’re excited to see a Spanish company go after a global category like mapping. The founders, Javier and Sergio, have built a solid team of Spanish tech talent, but their customers are from all over the globe and most of them probably don’t even realize they’re dealing with a Spanish company.

A deeper bench of investors

It’s not just the founders in Spain who are stepping up – the investors are too. There’s now more angel activity than ever (they’re doing around 26% of all funding rounds — up from 17% last year), and there’s an emerging group of super angels – people like Carlos Blanco, Luis Cabiedes, Jesús Monleón, Jesús Encinar, and many others.

At the institutional level, the number of active early-stage VC funds has more than doubled in the last five years, with funds like Kibo, Seaya, Vitamina K, and FJME joining existing funds like Cabiedes & Partners, Active VP, Nauta, and Bonsai. While much of this money is still focused on seed and early Series A, the number of international VCs stepping in to fund the later stages has also increased, fueling investments in companies like SocialPoint, Privalia, Scytl, and Wallapop.

There’s also been an influx of new public money through FOND-ICO, the government owned fund-of-funds that is injecting €1.5 billion ($1.7 billion) into the market through a variety of new funds. Some of these funds are relatively new to the VC game, and like some of the founders they back, they are still learning on the job. With the new money flowing in, there’s also a temptation for founders to take on too much capital before they’ve found product-market fit. Fortunately, the savvier Spanish investors get this and are making sure that founders are properly incentivized to build long-term value together.

Gluing all this together is an increasingly active ecosystem of incubators and accelerators. The quality here is mixed, and we’ve seen a few organizations emerge that don’t yet add much value. Amongst the noise, though, some genuine standouts are emerging. SeedRocket in Barcelona and Plug&Play in Valencia are two great examples. The South Summit conference has also emerged as a great annual focal point for the ecosystem.

So, where are the exits?

A startup ecosystem is ultimately judged on the size of its exits, and by this measure, Spain still has a long way to go. There have been only a few sizeable ones so far. Milanuncious ($111 million), Idealista ($167 million), Trovit and La Nevo Roja (both $89 million) are among the largest in recent years. But, of course, this is a trailing indicator of an ecosystem’s health, and so it may be another 2-3 years before we see any blockbuster exits.

The ecosystem also faces a number of regulatory hurdles. A set of new laws introduced in 2013 (the Ley de Emprendedores) was aimed at improving the situation for startups but was widely criticized for not going far enough on serious issues like tax relief for seed investors, improved treatment of stock options and relaxing employment law. In some cases, regulations have created even bigger speed bumps, such as the recent removal of tax exemptions for stock options and the introduction of an “exit tax” on unrealized capital gains when entrepreneurs move overseas. And then there’s the infamous Spanish bureaucracy — the World Bank still ranks Spain 82nd out of 189 countries in terms of the ease of starting a business. This puts it below Egypt, Mexico, and Burkina Faso.

Despite the noise and the regulatory hurdles, there is a genuine renaissance occurring in the Spanish ecosystem. We‘re seeing more and more founders choosing to ignore the hurdles and just get out there to build great businesses. It’s an exciting time to be a founder in Spain, and we’re looking forward to backing more of them.

James Cameron is an investor at Accel Partners in London, where he focuses on enterprise software, security, fintech, and marketplace businesses. Prior to joining Accel, he founded and ran BipSync, a SaaS-based research platform for investment management. He also spent time on the tech banking team at Morgan Stanley and as a corporate lawyer at Freshfields Bruckhaus Deringer in London, Shanghai, and Hong Kong.