I’ve returned from another pilgrimage to the DICE Summit, the elite game industry event in Las Vegas. I’ve never missed one of these gatherings in 16 years, even during times when I paid for the trip out of my own pocket. I go because I love writing about the video game industry — and because I’ve enjoyed this dream job of writing about games for decades.

During the event, a couple of moments reminded me why I do this. Mike Morhaime, the head of Blizzard Entertainment, sat next to me at the DICE Awards, the equivalent of the Oscars of gaming. I didn’t chat much because I was writing stories and tweets about the award winners. But at the end of the event, Morhaime said, “Thank you for 25 years of great coverage.”

I was floored by the sincerity and economy of those words. Just a week earlier, we interviewed Morhaime about 25 years of Blizzard history. The interview took place on a Friday, and I published a 7,000-word story on a Monday, the actual 25th anniversary date of the company’s founding. That was the first in a week-long series of Blizzard stories.

GamesBeat was able to do that because I was there at the beginning. I wrote the first story ever published on Blizzard, when it was known as Chaos Studios, when I was a reporter for the Orange County edition of the Los Angeles Times. During those days in my early journalism career, I met Brian Fargo of Interplay Productions, and I played networked Doom for the first time at the offices of the early game company Virgin Interactive. I’ve had to reach back to those days for many stories. My video game journalism life has been like the novels of J.R.R. Tolkien. The characters just keep coming back, over and over. 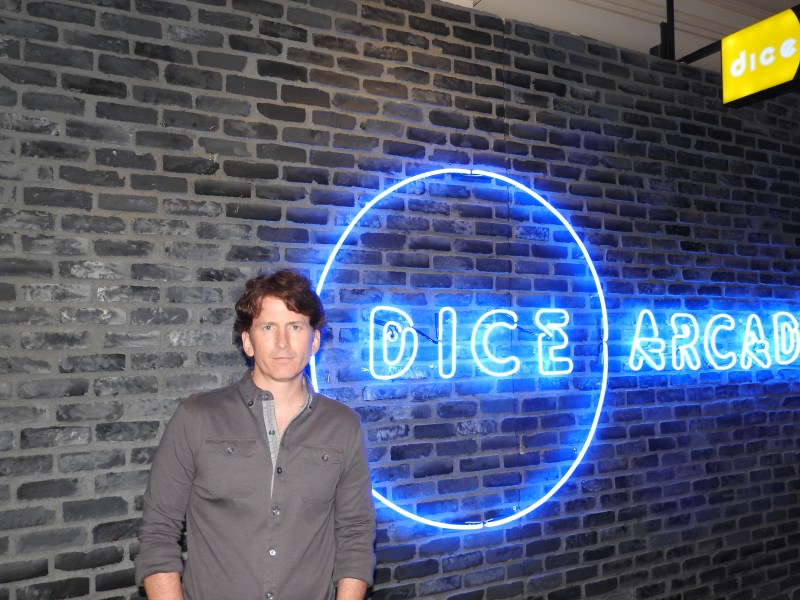 Above: Todd Howard of Bethesda Game Studios, creator of Fallout 4.

Todd Howard, creative director of Bethesda Game Studios, won Game of the Year at the DICE Awards for Fallout 4. He will also get the lifetime achievement award at the upcoming Game Developers Choice Awards. I wrote last week’s DeanBeat about him. He told me that he showed my column to his mother. He said it helped her better understand more what he does for a living. That was one of dozens of stories I wrote during that week. Until that moment with Howard, I never had a chance to think about the impact these stories were having.

I often immodestly brag about writing 15 stories in a day about games. But behind the scenes, it’s a punishing life, full of long hours, lots of travel, and limited time with the family. People ask me how I do this. I’ve covered tech companies for about 26 years, and I have covered the game business full-time for 20 years. I don’t want to do anything else. I have fun playing games and am lucky to write about them for a living. It is a fascinating business. That helps with the grueling works schedule.

I like writing stories about people like Howard over and over, seeing them change and move on to greater accomplishments. At this stage of my career, covering games involves a series of longstanding relationships. The stories that result aren’t always positive, but they’re as straight as I can tell them. These relationships matter, and it’s why I do a lot of face-to-face meetings, and it’s why we have our own game events such as GamesBeat Summit 2016 and GamesBeat 2016. 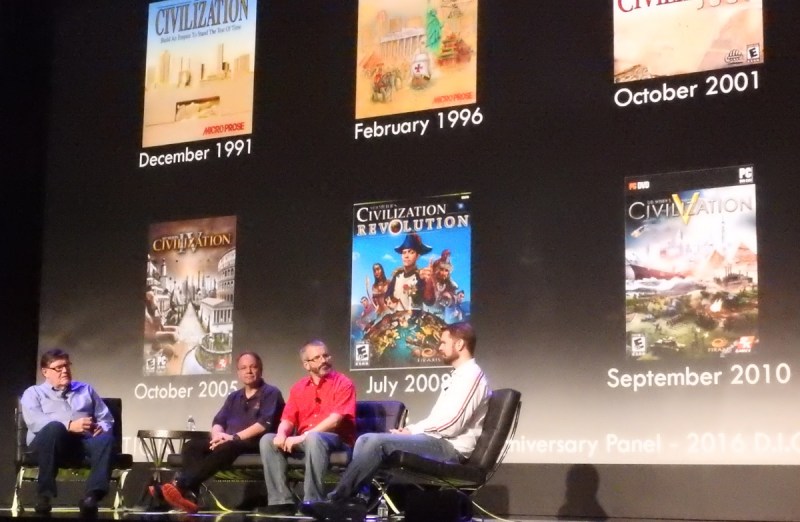 At this year’s DICE Summit, I watched the panel on 25 years of the history of Civilization games and interviewed both Sid Meier and Bruce Shelley, two of the series’ original creators. I also interviewed Warren Spector, the creator of the original System Shock game, about why he was leaving academia to rejoin a startup and make System Shock 3. I’m glad I had the context for these interviews, and the access to them at the summit. It didn’t really take that much magic to make these interviews happen. I just went up and asked them.

I also happened to have fun just chatting. Graham Hopper shared parenting wisdom with me. And Rami Ismail shared stories with me about dealing with people in the industry who are difficult.

I enjoy meeting new people, like Asher Vollmer, who created the hit game Threes. He raised money for his game company, Sirvo Studios, from FunPlus, a Chinese mobile game company. Vollmer was on crutches, but he was networking and hitting the parties. He was seeking advice about how to move deeper into making mobile games with a larger studio.

I also had a good conversation with Renee Gittins, an indie developer from Seattle who was there on a scholarship from Intel. She’s making her first game, Potions: A Curious Tale, with her own studio, Stumbling Cat. Vollmer, Gittins, and others I met reminded me of Morhaime and his crew that I met for the first time so many years ago. It is these kind of people who dream big and remind me that I don’t know everyone in the industry and that there’s always new stories to come.

I feel lucky I’ve been able to do this for so long. It pains me to see traditional journalism weaken in the age of the Internet, livestreaming, and social media. Many of my colleagues have moved on to other careers as the game media has gone through its own disruptions. I was sorry to hear that one of my colleagues at the event was going through some big changes in that way. I’ve tried to adapt by doing more of the things that resonate with young audiences, like video. I always like checking in with my media colleagues who share that common love of games. We always ask each other who is playing what.

There isn’t enough time to write everything, to cover every story, to meet every person, and to get every scoop. At some point, I have to stop the writing, end the networking, and take a break. I have to remember to go and play some games. This weekend, I was able to take a breather and play Mario Kart 8 and Rise of the Tomb Raider with my kids.

The more I write in a day, the less time I have to play. I have stopped trying to play everything. I get a taste of games and leave more of the full reviews of finished games to others. And then I sink my teeth into the games that I really like. I finish those and then move on to the next one. It’s particularly rewarding when I can play those games with my kids, who get the privilege of hearing their old man talk about the good old days of gaming while we explore the new.

I’m not sure where I meant to go when I started writing this. But I’d like to thank people like Morhaime and Howard for keeping me busy, for building an industry that is worthy of full-time coverage. Thank you for giving me a life in video games. I couldn’t ask for more. Thank you for crafting games that bring joy to the lives of so many. 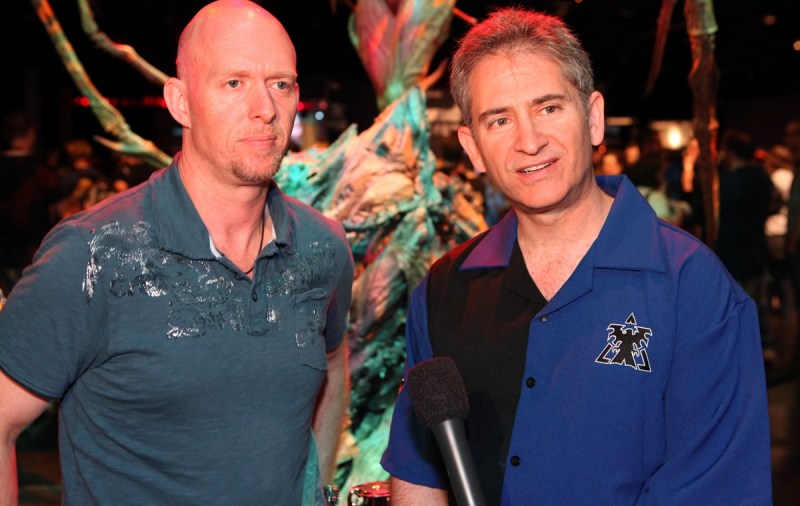 Above: Frank Pearce (left) and Mike Morhaime are the two remaining founders at Blizzard.