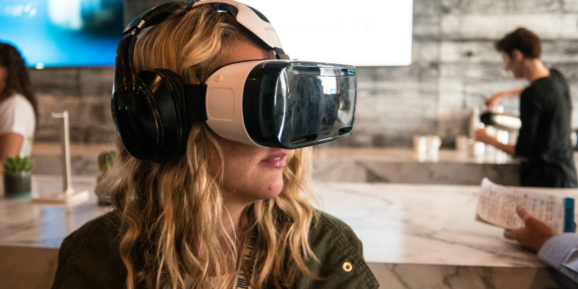 The company said it has established a formal Social VR team that will build on the achievements of Facebook, Instagram, Messenger, and WhatsApp. Of course, the new team will collaborate with the Facebook-owned Oculus group, which has given birth to the Oculus Rift headset and the software underlying the Samsung Gear VR headset.

“This team will explore how people can connect and share using today’s VR technology, as well as long-term possibilities as VR evolves into an increasingly important computing platform,” Facebook said in a blog post.

In addition to announcing the formation of the new team, Facebook today also provided new growth statistics for the Samsung Gear VR. To date, people have watched more than 1 million hours of video with the device, and more than 200 games and apps are now available on it through the Oculus Store, according to the blog post.

This isn’t the scale that Google has achieved with its Cardboard VR headset, more than 5 million of which have been shipped. But Cardboard has been available since mid-2014, while the Gear VR has only been available since November. And because it’s being supported by a company that knows a lot about getting users — Facebook on its own now has more than 1.55 billion monthly active users — the Gear VR could very well turn out to work at scale.

To improve 360-degree video in VR, Facebook in the next few weeks will be taking its know-how about intelligently streaming that type of video on desktop and mobile and bringing it to the Gear VR.

“By doing this, we’ve quadrupled the resolution quality of 360 streaming video in VR, while reducing the amount of required network bandwidth by 4x — so videos look clearer and play faster,” Facebook wrote in the blog post.

Finally, Facebook disclosed that users have already uploaded more than 20,000 360-degree videos to the service, “with hundreds more added daily.”