Cheetah Mobile and Cubot have partnered to introduce the cobranded CheetahPhone, an Android-powered device priced at €199 (approximately $220). It will be available on Amazon across the European Union starting in April, with preorders beginning on March 20. 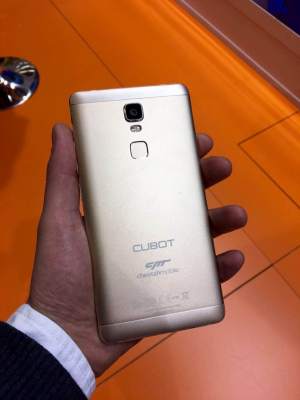 The launch of the CheetahPhone is not a suprise, as it had been rumored for the past couple of weeks, but this is the first branded smartphone for the company behind Clean Master and other mobile utility apps. It comes equipped with Android 6.0 Marshmallow, 10GB of cloud and 32GB of in-device storage, and 3GB of RAM. It also includes Cubot’s personalized launcher, a Gallery app with Wi-Fi Transfer to facilitate quick cross-device transfer of images, and Cheetah Mobile’s HD wallpapers and themes.

Other features include an ARM 64-bit octa-core 1.5GHz processor, a 1920×1080 HD display, a fingerprint scanner in the rear of the device, a 13MP Samsung rear-facing camera, and an 8MP front-facing camera.

The phone is available in gold, rose gold, and space grey, and measures 149 x 74.9 x 7.95 mm. So, by way of comparison, the CheetahPhone is about as long and wide as the Samsung Galaxy S7 edge but not as thin.

One of the selling points is the inclusion of Cheetah Mobile’s Clean Master software, which the company claims delivers 38 percent longer battery life compared to devices using stock Android 5.1.1. 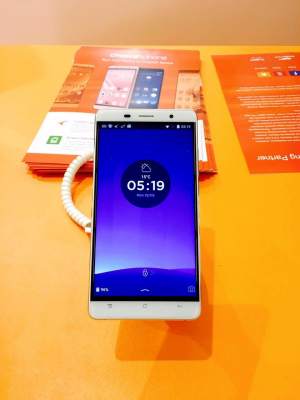 The CheetahPhone will first launch in Europe before expanding to Africa in the upcoming months. A spokesperson for China-based Cubot told VentureBeat that the EU is a major market, not just for the CheetahPhone, but in the strategy of Chinese companies who are eager to get a first foothold on Amazon. As of right now, there are no plans to bring the phone to the United States.

Although Cheetah Mobile’s name is associated with the product, Cubot said that Cheetah Mobile won’t be “involved in distribution and selling of the devices.” However, we’re told the company will be involved in other ways: “Cheetah Mobile will, of course, be working with Cubot to promote the co-branded product. With the Clean Master already having well over 550 million users already, we think this phone will excite the existing Cheetah audience enough to purchase.”

The CheetahPhone works with all European carrier networks.