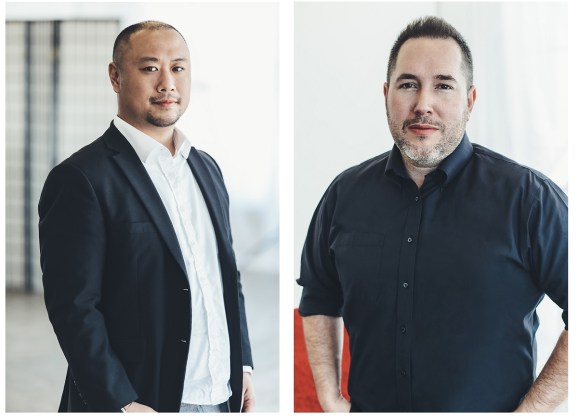 Fifth Journey has some seasoned mobile-game developers who have made movie games before. The startup has eight employees, but it will work with external development studios to make the movie games and “culturalize” them for markets such as China. Fifth Journey will focus on mobile games, interactive entertainment, and virtual reality.

“We provide a total entertainment solution for Hollywood,” said Eric Tan, the CEO of Fifth Journey, in an interview with GamesBeat. “We have proven ourselves with titles like Despicable Me: Minion Rush. And we know that Hollywood wants to participate more in the Asian markets.”

Each studio invested in Fifth Journey in exchange for an equity stake. Founded by industry veterans and former executives from Universal Pictures, Gameloft, and LucasArts, Fifth Journey will provide mobile streaming, video on demand (VOD), and e-commerce in association with its games.

Tan, while an executive at Gameloft, oversaw publishing for a slate of Marvel games in China as well as the Chinese release of Universal and Gameloft’s Despicable Me: Minion Rush, the only Hollywood mobile game to rank in that territory’s all-time top-10 downloads chart.

Fifth Journey works directly with Hollywood studios not only to culturalize their games for global markets but also to incorporate movie ticket sales, merchandise e-commerce, and stream films, TV, and other content alongside an interactive game feature to deepen fans’ experiences. Tan described Fifth Journey as a “mobile entertainment platform.”

“We’re delighted to expand our partnership with Eric Tan and the Fifth Journey team,” said Peter Levin, Lionsgate’s president of interactive ventures and games, in a statement. “As we continue to build our presence in the gaming space, the Asian market offers tremendous growth opportunities, and Fifth Journey is the ideal partner to help us capitalize on them.”

Tan cofounded Fifth Journey with Craig Derrick, a LucasArts veteran and the company’s chief creative officer. The company has its headquarters in Hong Kong and an office in San Francisco. Derrick said the teams will spend a lot of time in preproduction for games.

“A lot of what we have seen before is a regurgitation of what happens in a movie,” Derrick said. “Audiences are tired of that, and it comes across as a brand slap.”

Tan said that in previous jobs, his teams had to reduce the file size of mobile games so that Chinese gamers would be able to download it over slower networks. They also had to create more extensive tutorials. The teams will also try to launch games on the same day as when the movies come out to maximize the marketing exposure.

“Mobile games are a highly engaging form of entertainment in their own right and, given that, they can also be envisioned as a hub through which fans may access and experience different elements of their favorite [intellectual property],” said Bill Kispert, the executive vice president of digital platforms at NBCUniversal Brand Development Group, in a statement. “We look forward to working with Fifth Journey to first develop an authentic, film-based game and then to use this point of connection to bring players deeper into that world and its ecosystem.”

Tan said the company has at least one VR project planned for 2017. Altogether, there are five titles in the works already.

“We are always exploring innovative ways to reach our audience and build opportunities for our expansive library,” said Tricia Samuels, a vice president of licensing at MGM, in a statement. “The Fifth Journey team have built a complete, 360-degree platform that serves both traditional and digital products through a unique interactive experience. We look forward to engaging in a more meaningful way with our fans around the world.”

Fifth Journey previously raised a $2 million seed round in August 2015. It has partnered with Lionsgate and Millennium Films to develop a mobile game for The Expendables, an action franchise starring Sylvester Stallone that has grossed more than $800 million in worldwide box office.