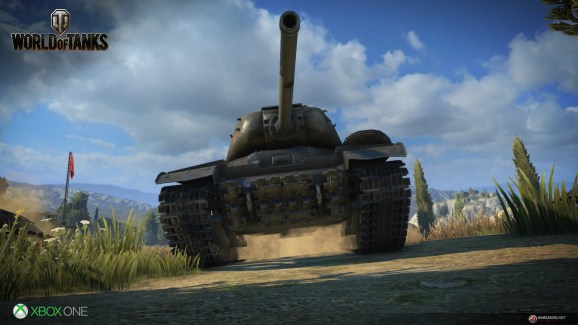 World of Tanks is one of the most popular free-to-play shooters.

AMSTERDAM — If you spend millions of dollars on something, you would hope that you know exactly what that something is. But that was not the case for one of the biggest publishers in Eastern Europe.

Wargaming, the publisher responsible for the online multiplayer shooters World of Tanks, World of Warplanes, and World of Warships, has spent $32 million on esports, and it admits that it is still figuring out what it even is. In a talk at the Casual Connect Europe conference in Amsterdam last week, Wargaming esports chief Mohamed Fadl explained that the company is still feeling out the competitive gaming scene. And even while research firm Newzoo points out that esports is $252 million business thanks to sponsorships and ticket sales, Fadl says that Wargaming spent years wondering where to derive value from its Wargaming League (WGL) events.

World of Tanks is not alone when it comes to finding the best tactics for capitalizing on esports. A number of developers and publishers are trying to understand what pro gaming can mean to them. Most realize that it is impossible to replicate the success of something like Riot’s League of Legends multiplayer online battle arena. But even when you do, esports isn’t where Riot makes its money.

So why even attempt an esports strategy? Well, that’s what Fadl had to explain to Wargaming chief executive Victor Kislyi, who wondered where all the money was going.

“We invested $32 million just into the top level of our esports initiative — not even on the whole infrastructure,” Fadl said. “We spent $10 million the first year in 2012. We started to stream it out and said, ‘Guys, are you happy with esports?’ But we realized quite quickly that we were far from [figuring it out] because we had no idea what esports is.”

To help with that, Wargaming partnered with esports event organizer ESL. That company improved the quality of the World of Tanks streams and the in-person events. ESL also helped get a better idea of what its audience wanted from competitive broadcasts.

“We have a financially strong audience, but a lot of them don’t know what esports is,” said Fadl. “They are older gentlemen. They’re not spending all their time on Twitch. This posed an interesting challenge because we didn’t know how — or if — we should be appealing to them with esports.”

And Wargaming still isn’t certain that it is on the right path.

“Sadly, I can’t say we are there yet,” he said. “Far from it. Our esports is 7-vs.7, but our core gameplay is 15-vs.15. So when a player goes to watch it, they sometimes have no connection to it because it isn’t the game they play.”

But despite Wargaming’s uncertainty and the disconnect between the casual and WGL game, the publisher has seen an increase in viewership every year for its esports events. And it turns out that is coming from those kids who spend all their time on Twitch.

“If you [promote esports] to your audience, your most hardcore players will be interested,” said Fadl. “But the big audience on Twitch that has no clue about World of Tanks, they get enjoyment from the entertainment factor. This is my biggest advice. Focus on that.”

Wargaming might not know what esports means to its bottom line, but it does know that people like watching it. And the company is happily embracing live gaming as entertainment

“The evolution is happening,” said Fadl. “We can’t control it. Twitch, YouTube Live, and Hitbox have created a new type of entertainment. If we don’t adapt to this audience, we will miss out on a lot.”

But Wargaming isn’t missing out. Instead, Fadl thinks that it is a key way that it will build the World of Tanks brand along with the company’s other games.

“Esports as a publisher enables us as a brand to build an entertainment source of tomorrow,” he said.

“We don’t make money from selling tickets,” said Fadl. “We don’t monetize there. We monetize through the player journey. We give content that is created and digested by everyone.”

Disclaimer: The Casual Connect organization paid for my trip to the event. Our coverage remains fair.