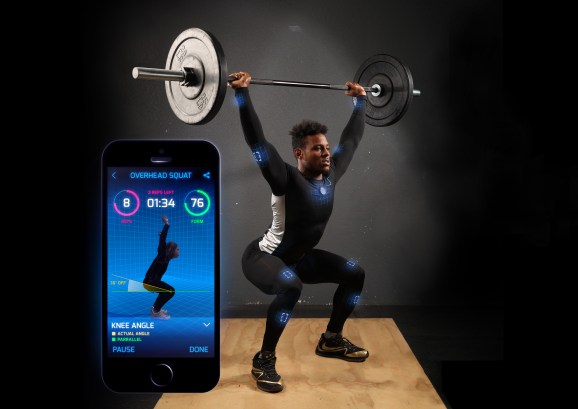 If you’re someone who likes exercising but are concerned about whether you’re “doing it right,” you might want to give Enflux a look. The startup specializes in fitness apparel equipped with sensors to provide actionable insights on your exercise regimen and will launch a $100,000 Kickstarter campaign on March 7 at 12:00 p.m. Pacific to fund its efforts.

Should its campaign be successful, Enflux said that it plans to complete assembly of the clothes by September, with delivery to its first backers by next year.

Started by Doug Hoang, Mickey Ferri, and Elijah Schuldt, this Y Combinator-backed startup has developed technology and clothing that could be akin to a Fitbit, but for your entire body. Its shirts and pants have at least five separate motion sensors connected together, tracking your movements and syncing the data with Enflux’s Android app via Bluetooth. There’s also a built-in oxygen and heart monitor, and the batteries should last up to a month, depending on how active you are. 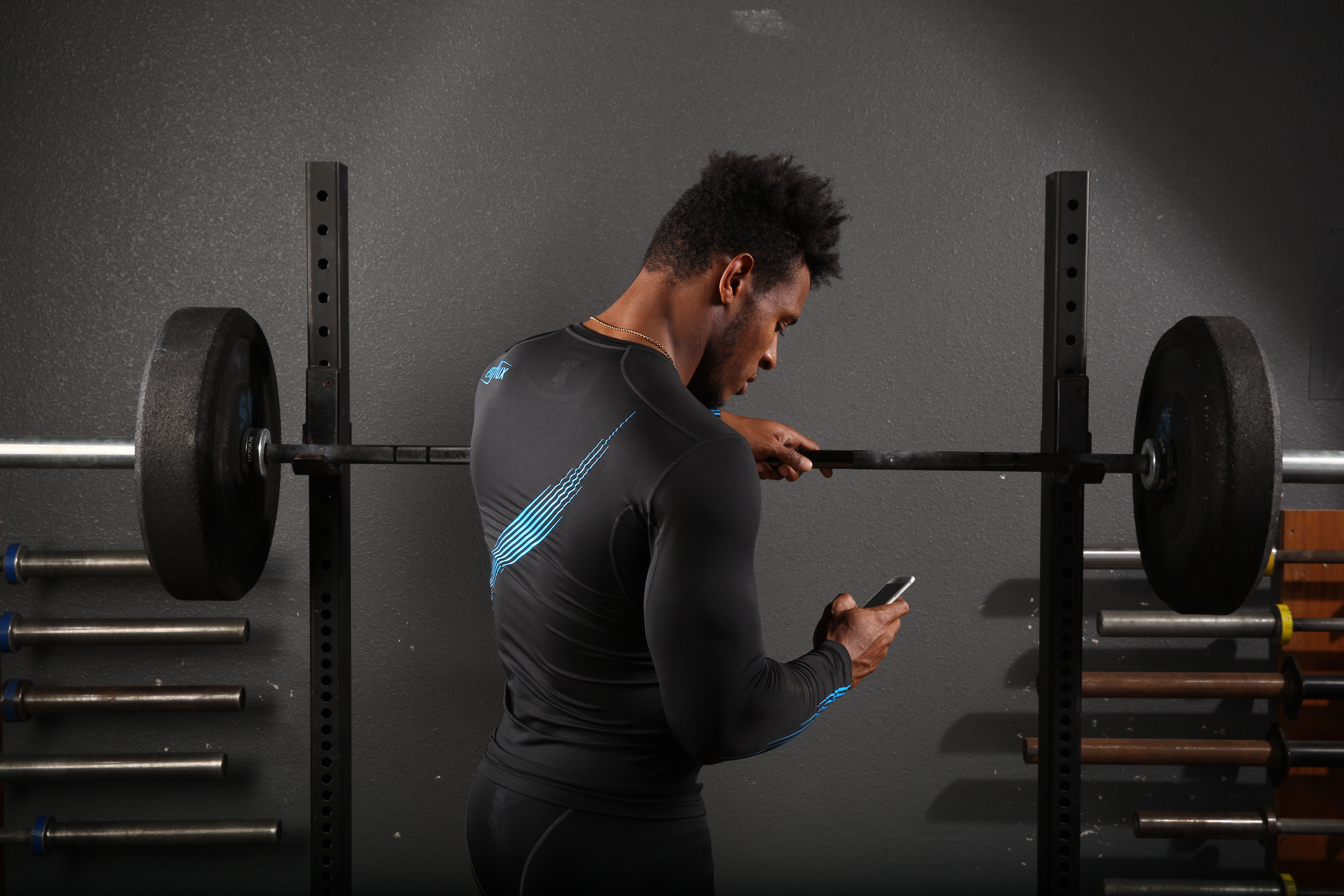 The athletic clothing is the latest iteration of Enflux over the past three years. The company had previously experimented with a strapped sensor and a live avatar that provided feedback. Eventually it developed a system of five independent sensors, integrated with each other by wire.

Enflux began when Hoang was training for triathlons and kept getting injured at the gym. He turned to Schuldt, an electrical engineer, for help, and the two began looking at using sensors to analyze Hoang’s motion.

“Form is everything for exercise,” Ferri told VentureBeat. “What we do is analyze the quality of the form, improve workout efficiency, and reduce injuries.”

Online fitness training has becoming a growing market opportunity: You work out at the gym and then participate in a video chat to provide feedback. But Enflux hopes that if you’re wearing their clothing, all of that data could be accessible to virtual trainers who can log in and provide instant feedback. Its mobile app tracks movements like repetitions, range of motion, and power all in real time, giving you instant feedback to help you make corrections while also keeping historical records. 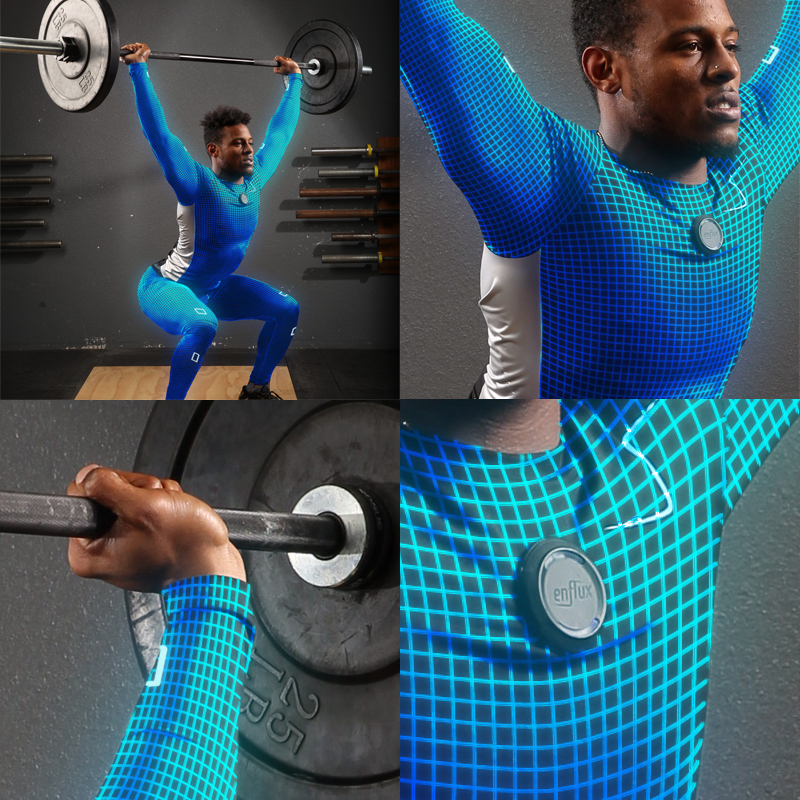 The company’s first offering is a set of machine-washable pants and shirts with a preorder set price of $250. Although you’re buying them in pairs, Hoang said they’re not directly tied to each other, meaning that you can wear them separately and they’ll still work as intended. When you’re wearing them, any movement you make is tracked in the mobile app, just like any fitness tracker. However, Enflux’s system will not only show you ways to improve your form, but also notify you when you should stop or else risk injury.

The founders said that it’s working with trainers on providing both advice and feedback. They said they’ve talked to some trainers who are excited about getting their clients to use it in the gym or during Crossfit.

There are already 500 people wearing Enflux clothing, which monitors exercises like squats, bench presses, and running. The company said that it’s looking to expand to analyzing 50 to 100 weightlifting exercises by the end of the year. 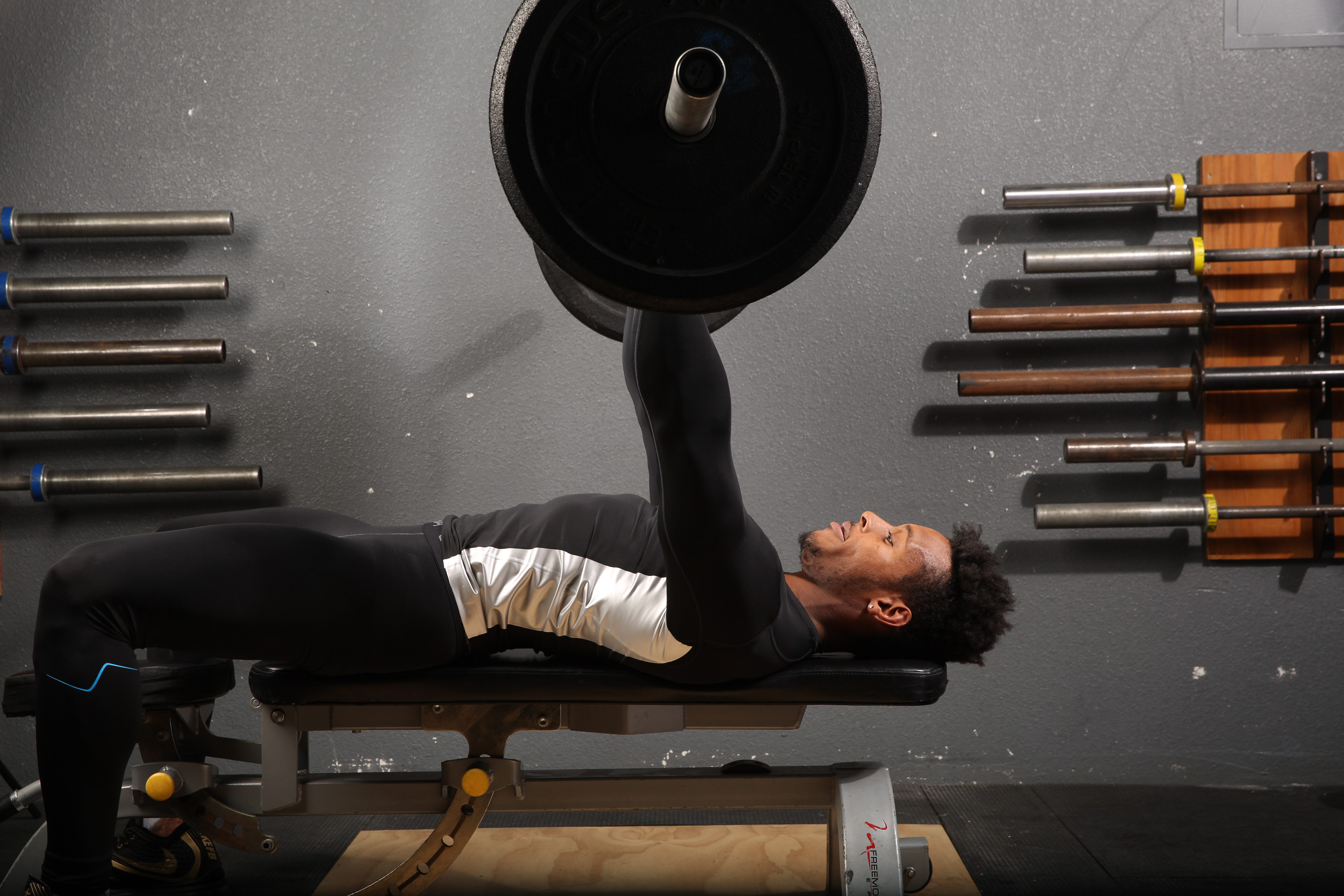 Enflux is targeting those interested in monitoring their fitness goals and those with specific performance goals. These include people 18 to 45 years of age that are passionate about sports and athletics. “We’re giving the everyday person access to Olympic-caliber coaching,” Ferri explained.

Other products that Enflux is looking at include gloves, hats, shoes, socks, and other apparel with sensors that let everything talk to each other.

The company has largely been bootstrapped with the founders putting $250,000 in. It has also received $120,000 through its involvement in Y Combinator’s startup program.

Updated on 10:51 a.m. Pacific on Wednesday: This post has been updated to reflect the funding that Enflux has received. It only received $120,000 from Y Combinator, while largely being bootstrapped.