Mark Skaggs is a seasoned game designer whose hits such as FarmVille and Empires & Allies reached more than 365 million people. But after seven years at social mobile game giant Zynga, he resigned last fall to his next big thing. And today, he’s revealing that his future lies in making mobile games with an Indian game studio. 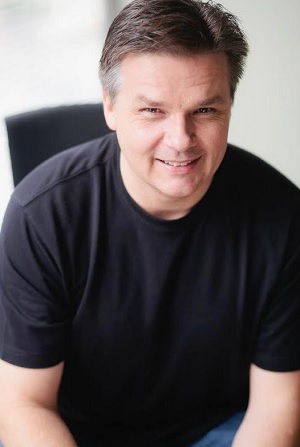 In an exclusive interview with GamesBeat, Skaggs said he is joining Moonfrog Labs in Bangalore, India, as a game designer and board member. The move says a lot about how India has a chance to be the next big thing in the $30 billion mobile games market. Its market is relatively small, with revenues last year of about $200 million, but the region is adding more than 100 million smartphone users a year, and they’re starting to play a lot of games. By 2019, it could hit $3 billion, according to former game analyst Atul Bagga.

Skaggs has had a storied career, but he’s never stayed in a rut. At Electronic Arts, he created Command & Conquer Generals for the PC in 2003. In 2008, he joined Zynga, which was rocketing to stardom on the strength of Facebook games. In 2009, he helped create the mother of all Facebook games, FarmVille. He went on to create games with scores of millions of more users: CityVille, The Ville, Treasure Isle, and Empires & Allies.

“It’s exciting to me because the team here is very self-motivated, very excited about learning,” Skaggs said. “While they have a lot of the raw material, I can take them to the next level and give them the benefit of experience, from the school of hard knocks.”

Skaggs fully believes that India’s fledgling game industry can become one of the centers of excellence for game making.

Skaggs said he enjoyed his time at Zynga, but he was commuting from Dallas, Texas, to San Francisco during that whole time. After he left Zynga, he recharged and relaxed with his family. He looked around for four months to figure out what he wanted to do. He had been to India in 2009, when Zynga needed to find employees in India to watch the FarmVille servers — which were always seeing user activity — while the team in the U.S. slept. In 2011, Skaggs made more connections when he spoke at the NASSCOM GDC event, India’s biggest game event, and then visited Zynga’s Bangalore studio.

Some of those employees, such as Moonfrog cofounder Tanay Tayal, left to started Moonfrog in 2013. They created a mobile game studio and have had two hit games so far: Teen Patti Gold (an India version of poker) and Smash Cricket. When Skaggs spoke at our GamesBeat 2015 conference, he made some more connections and was invited to speak at NASSCOM GDC again. 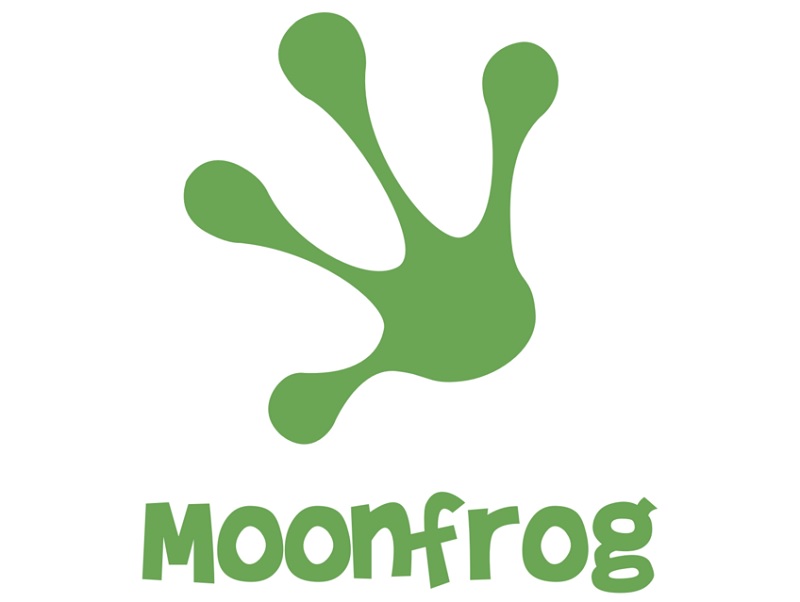 “It was time,” Skaggs said. “It was the longest I stayed at any one place. After that much time, you need to find new adventures. Then it was good to find people with the same values. I wake up every morning loving what I do.”

Now Skaggs gets to work in Dallas, but he’ll be doing lots of Skype sessions with his new coworkers in India. He said it’s too early to talk about specific games yet, but Tayal said in an interview that Moonfrog Labs is creating “mobile first” and “India first” games. Over time, Skaggs and Tayal said that they hope to create games with global appeal.

In the long run, Skaggs still wants to create games that are accessible to everyone — a goal that he hit at Zynga. Before he went to Zynga, his games had sold about 15 million copies. At Zynga, the number was about 350 million users. The peak daily active user count for FarmVille was 32 million players. 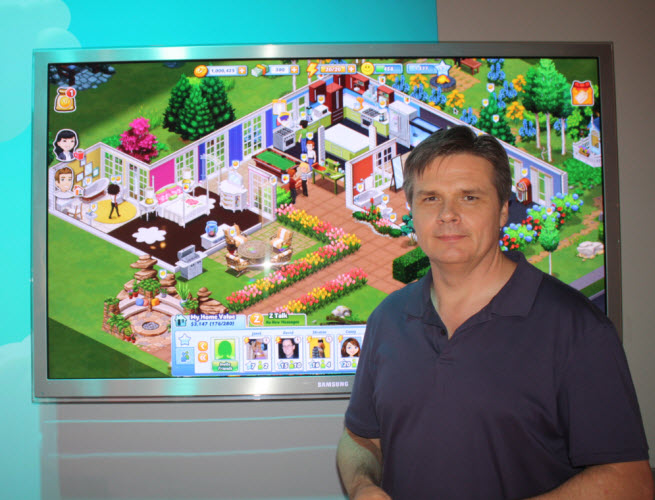 Above: Mark Skaggs, showing off The Ville.

In India, there’s a chance to start anew. The country has about 120 million smartphones, but many people don’t pay for games. Developers have to rely on ad revenue, which isn’t huge, and the average phone isn’t very powerful. Downloads have to be limited to something like eight megabytes. That’s far different from more powerful smartphones in the West.

But India is adding something like 100 million smartphones a year, Tayal said. Indian financial advisory firm KPMG projected that India will reach 236 million mobile Internet users by 2016, and 314 million by 2017. Skaggs said it was appealing that the “games industry is just getting started in India.”

“Things we take for granted aren’t in place,” Skaggs said. “It opens my eyes and makes me question how games have been made over the last five or ten years.”

Moonfrog Labs has grown to 80 people, all of them in Bangalore except for Skaggs.

“In my career, I’ve been fortunate enough to have learned from and been mentored by some of the greats of the industry like Brett Sperry, Louis Castle, Bing Gordon, Luc Barthelet, Don Mattrick and numerous super very smart people on the teams I’ve worked with,” Skaggs said. “Joining Moonfrog on their mission means making great games and also an opportunity to ‘give back’ by helping and mentoring smart, creative, and hungry game makers like others did for me.”