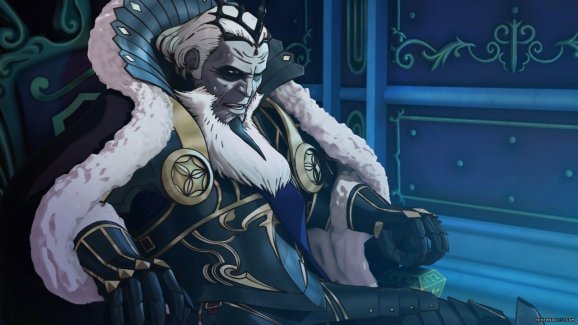 Dude shouldn't be so sad with all that money.

It took a few decades, but Fire Emblem is no longer one of Nintendo’s third-stringers.

Fire Emblem: Fates, the latest entry in Nintendo’s tactical fantasy role-playing game (read our review) has surpassed 300,000 copies sold in the United States in its first week, according to the publisher. That is five times faster than Fire Emblem: Awakening, Fates’ immediate precursor, sold in the U.S. when it debuted for the 3DS in 2012. This completes Fire Emblem’s transformation from a series that was only popular in Japan to a blockbuster franchise that sits alongside The Legend of Zelda, Kirby, and Metroid in the West. With Nintendo in a transitional period from the Wii U and 3DS to mobile games and a new dedicated gaming platform called the NX, it needs as many strong brands as possible to start generating the Nintendo-like profits it is promising its investors.

Of course, Fire Emblem: Fates is doing better than Awakening in part because of the larger owner base for Nintendo’s handheld. Sales likely also saw a boost thanks to the company’s release strategy that broke up Fates into three separate versions: the friendlier Birthright, the tougher Conquest, and a Collector’s Edition that comes with both main quests and a downloadable campaign that is due out in March. But while that trick helped sales and increased the average revenue per player, this success is mostly Nintendo giving its fantasy strategy games a chance to win over fans.

Fire Emblem is as old as most other Nintendo franchises even if it doesn’t have the same history for American fans. It first debuted in 1992 for the Nintendo Entertainment System. But through the 1990s, the publisher didn’t even attempt to bring the game to the West. And fans only got their first taste of the games when the GameCube fighting game Super Smash Bros. Melee included Marth and Roy from the Fire Emblem series. Those characters ended up catching on with the Smash community, and that convinced Nintendo to finally bring the tactics adventure to regions outside of Japan in 2003 with Fire Emblem for the Game Boy Advance.

In the West, Fire Emblem always reviewed well with critics. It also gained a dedicated following that continued for several releases on the Game Boy Advance, GameCube, Wii, and Nintendo DS. But Awakening was one of the standout releases of 2012, and it pushed the series more into the mainstream.

After seeing the buzz for Awakening, Nintendo saw an opportunity to capitalize on the growing affection for Fire Emblem with Fates. And the early results prove that has paid off.