Sony and Naughty Dog dealt with a major goof with their otherwise brilliant Uncharted 4: A Thief’s End story trailer released today. Ubisoft’s Azaïzia Aymar noticed that the video contained an image lifted from Ubisoft’s Assassin’s Creed: Black Flag video game, and he said so on Twitter.

An embarrassed Naughty Dog issued an apology and took down the offending trailer. It has since issued a new trailer, this time with a new piece of art substituted for the offending image at the 1 minute 36-second mark in the video below.

As I noted earlier, this game is probably the best thing that Sony has coming this year for the PlayStation 4, which has sold more than 36 million units and has the potential to hit 100 million in this generation of gaming hardware, according to market analyst DFC Intelligence. The Uncharted series is a blockbuster that sells hardware for Sony, and Naughty Dog’s latest Uncharted 4, which debuts on April 26, looks like the best one yet. The Uncharted series has been perhaps the most successful game of all time on Sony’s platforms, and I maintain it’s all due to the clever blending of storytelling and action.

“In our eagerness to get the story trailer out we made a regrettable mistake and didn’t thoroughly vet the art work used for an in game painting. We’ve already updated the trailer. We hold all artistry in high regard and take full responsibility for having allowed this to happen,” Naughty Dog said in a blog post. “We want to sincerely apologize to everyone at Ubisoft, the Assassin’s Creed team, the original artist, and our fans.”

It’s a bit of a shame to have a tempest over somebody’s minor mistake. But Ubisoft was right to call out the whoops. The Ubisoft concept art is the exact same image as was in the original Uncharted 4 video, except with a person in the surf removed from the scene. Here’s the Ubisoft image below, and you’ll see at the trailer at the bottom that it is no longer in the video. 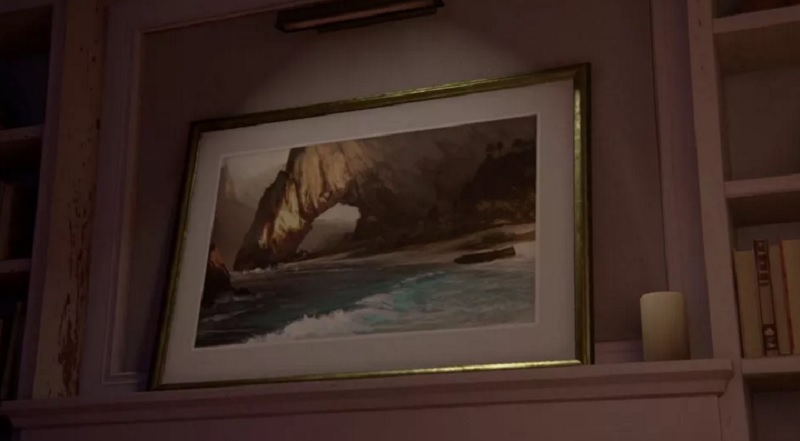 Above: This image from the Uncharted 4 video has Ubisoft’s concept art from Assassin’s Creed: Black Flag.