As expected, Xiaomi lifted the lid on the latest device in its Mi series at Mobile World Congress (MWC) in Barcelona, where Hugo Barra, former Googler and current global VP for Xiaomi, gave the first glimpse of the Mi5 phone.

Xiaomi has emerged as one of the world’s largest smartphone manufacturers since the launch of its first mobile phone way back in 2011, but the devices are only available in China and a handful of Asian countries. Though Xiaomi has often been accused of copying Apple’s products, the company sold 70 million smartphones to consumers in 2015, said Barra.

The Beijing-based company has long since branched out into other consumer products and services, including self-balancing scooters, fitness bands, tablets, routers, cloud storage, power banks, air purifiers, and more — many of these through separate startups that are financially backed by Xiaomi.

Though Xiaomi opened to online business in the U.S. and Europe last year, its store has hitherto been limited to accessories such as headphones and battery packs. So could today finally herald the company’s arrival as a truly global smartphone player?

During his presentation, Barra was quick to tout the Mi5’s speed, which is backed by the new Qualcomm Snapdragon 820 processor, 4GM of RAM, and 128GB of on-board flash storage. 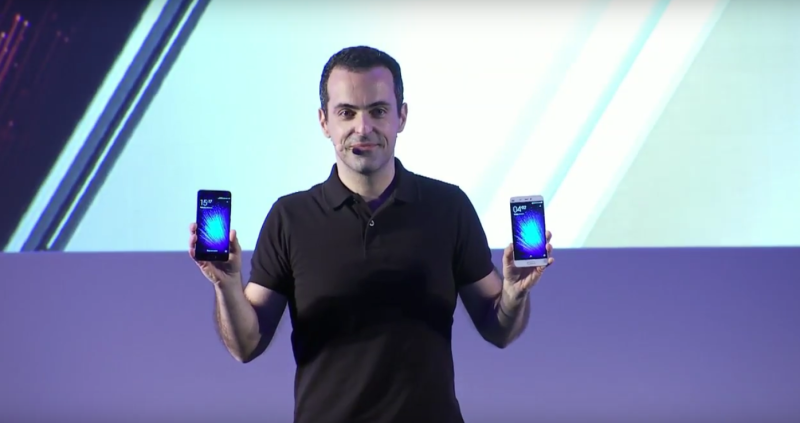 Above: Mi5 with Hugo Barra

The gains to be had from the 820 processor should be significant, with faster processing and less power consumption. The move mirrors Samsung, who earlier this week confirmed Snapdragon 820 for its Galaxy S7 and S7 edge flagships. Qualcomm actually cosponsored Xiaomi’s launch event, and the keynote kicked off with 10 minutes dedicated to discussing the new processor. 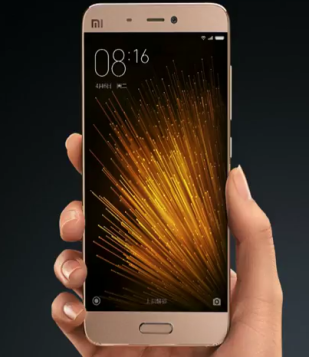 Available in black, white, and gold, the premium Mi5 version has a 3D ceramic back and is the first Xiaomi device to feature a front fingerprint sensor (as opposed to a back sensor) and a physical home button, along with a USB-type C charging port, similar to the Mi 4c. It also has a 16MP rear-facing camera, NFC, quick-charge 3.0, and supports 600Mbps 4G+.

The device is 7.25 mm thick, sports a 5.15-inch screen, and weighs in at 129 grams — you’ll also see from the photo that the bezel on the left and sides is miniscule.

There are three Mi5 models in total. The Mi5 Pro, which is mainly discussed here, will cost 2,699 RMB (Chinese yuan), or roughly $354 once you subtract the taxes that are included in China. There is an entry-level version that sports only 32GB of storage and is made from 3D glass, which comes in at 1,999 RMB, or roughly $262. There is also a mid-level incarnation with 64GB of storage.

The device will launch in China on March 1, followed by India and “other markets.” The device won’t be launching outside of Asia, despite allusions to the contrary.

The Mi5 will sport MIUI 7, Android Marshmallow, Xiaomi’s Android-based operating system. MIUI receives weekly software updates, and Barra reaffirmed that its users are usually among the first to get updates when an official Android update is rolled out.