Niantic, the former Google division that is working on a Pokémon Go location-based mobile game, has raised $5 million in an expanded seed funding round.

The new investors include Alsop Louie, former Havas boss David Jones (and his new venture You and Mr Jones), Fuji Television, Lucas Nealan, and Cyan and Scott Banister. The deal shows that Niantic is still a hot property, and its task of bringing the Pokémon brand to mobile devices is no small task.

San Francisco-based Niantic makes “real-world games,” or mobile titles that mix virtual gameplay with locations in the real world. Niantic has teamed up with Nintendo and the Pokémon Company to create Pokémon Go, where you can hunt for classic animated characters in real-world locations using your phone or a new device from Nintendo dubbed the Pokémon Go Plus.

Back in October, Niantic spun out of Google after the success of its Ingress massively multiplayer online game on Android and iOS. It raised $30 million from Google, Nintendo, and the Pokémon Company. 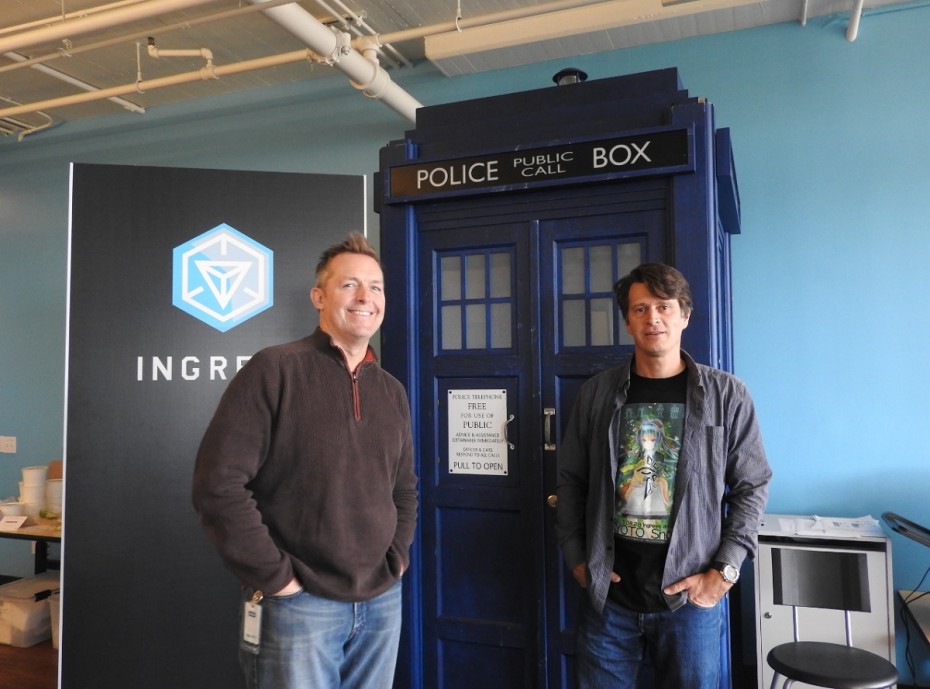 John Hanke, chief executive of Niantic, said in an interview with GamesBeat that each new investor brings something strategic to the company. The news coincidentally is happening close to the 20th anniversary of Pokémon’s launch, but Hanke said that was not deliberate.

“We carved out $5 million from our Series A round to let others come in,” Hanke said. “It is prudent to raise a little extra money and bring in strategic people.”

Louie, who founded the pioneering game company Spectrum Holobyte and was an investor in Hanke’s previous startup, Keyhole (later turned into Google Earth), is joining Niantic’s board of directors. Jones previously worked with some of the biggest brands in the world while at Havas, and that’s something Niantic will need in the future as it creates more branded games on top of its location-based game engine. Fuji TV gives Niantic another foothold in Japan, and Hanke said it will be evident later why the Japanese company is getting involved. The Banister and Nealan will bring tech industry connections.

Niantic has a few dozen employees, and it is expanding.

As for Pokémon Go, Hanke said, “Pokémon Go is looking good. We’ll share more details with the world soon. There certainly are a lot of fans.”

Check out the video below to see why Pokémon fans are excited about Niantic’s game.