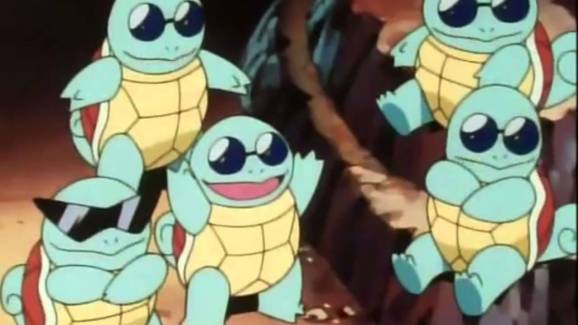 Finally, I can bring my little buddy with me on my next adventure.

Nintendo is finally enabling fans to bring their favorite Pokémon from the first generation of games to the 3DS.

The company revealed today that players can transfer Pokémon from original Red, Blue, and Yellow games for Game Boy to the upcoming Sun and Moon releases for 3DS due out later this year. This only works with the 3DS rerelease of those 1996 classics that are due to launch tomorrow as part of Pokémon’s 20th anniversary (read all about that milestone here). But this is the first time that Pokémon from the Game Boy and Game Boy Color games will transfer to a new game in the series since the release of Gold and Silver in 2000. Considering that Nintendo and The Pokémon Company are making a big deal out of their $45 billion franchise turning 20, it makes sense that they would try to pull in lapsed, aging fans to capitalize on that nostalgia campaign.

This may get some people to jump from Red, Blue, and Yellow on their 3DS — maybe the New 3DS handheld that they specifically bought for this franchise — to Sun and Moon when those games launch in late 2016.

Transferring the Pokémon works through the 3DS Pokémon Bank app. This service stores your creatures in the cloud, and then you can access that locker of content from any supported game.

But Sun and Moon are your only options if you want to bring along your first-generation Pokémon to a new three-dimensional adventure using Pokémon bank. Nintendo is only working to get the old code of Red, Blue, and Yellow functioning with Sun and Moon. That means your precious Squirtle who helped you conquer the Kanto region needs to enter Sun and Moon before you can then transfer them down to the other 3DS games.

The Pokémon Company explained the limitations on its website:

Those extra steps seem forgivable considering that we haven’t had the option to keep our original Pokémon team in a new release for 15 years.

Correction: I originally suggested you can’t use your Red, Blue, and Yellow Pokémon from the rereleases on 3DS in Pokémon X, Y, Omega Red, or Alpha Sapphire. You can do that, but only after transferring them to Sun and Moon first.