Not all Pokémon are created equal.

While Pikachu and Jigglypuff turn into adorable little mascots, others become embarrassing reminders of an artist’s bad day at the office. They don’t really hurt the franchise. Total sales for Pokémon have reached over 200 million. It’s spawned dozens of games, a TV show that still runs today, and 18 movies and counting. Heck, sometimes these dumb so awful that we all enjoy poking fun at them. Still, you can’t deny just how stupid some Pokémon look.

Below, GamesBeat’s resident Pokémon fans Jeff Grubb (staff writer) and Mike Minotti (community manager) each picked three of their favorite — or, maybe, most despised — designs from the series to help celebrate the franchise’s 20th anniversary. 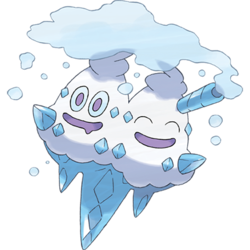 OK, look. You can base a Pokémon on an animal, and that works fine. Even using something more abstract and cute like a cloud works. But how did we get to such a desperate point where someone created a Pokémon based on an ice cream cone? Not one, mind you — three! What starts out as a kiddy cup eventually evolves into the double-scoop monstrosity you see above.

Where does it stop now? Why not a pizza Pokémon? How about one that looks like a hot dog? I mean, at this point, why not? 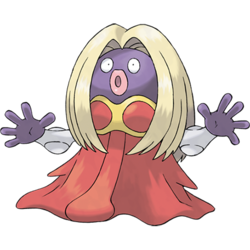 Jynx has always weirder me out. In fact, the only thing more off-putting than a Pokémon based on a dessert is one that basically looks like a human. It doesn’t help that it’s a mildly racist one, too. In fact, Jynx’s purple face was originally pitch black, but someone eventually toned down the design a little. That helped the racism thing a little, but she still looks creepy.

Jynx is such a weird character. What is it supposed to be? An opera singer? Like a play on “when the fat lady sings”? Why does she specialize in Psychic Ice attacks? Why? Why?! 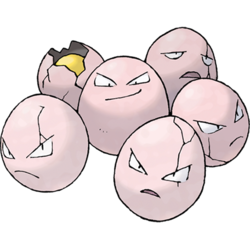 I don’t know. It’s a bunch of eggs with faces. One of them is broken. Do they share a single consciousness? How do they move? Why do they evolve into a tree? Again, I can’t trust a Pokémon that looks like food. Unless that food happens to be cow.

Exeggcute is one of the original 151 Pokémon, which is usually enough to earn love from any fan with a sense of nostalgia. But I think we’d all rather forget about this bunch of Humpty Dumptys.

After designing more than 700 official pocket monsters, you know that Nintendo and Game Freak have thrown a few thousand more in the trash. But if that rubbish bin were to come to life, you’d end up with the Garbodor, a literal pile of garbage.

This creature evolves from Trubbish, which is a wonderful name for a Pokémon, but I prefer Garbodor because he looks like every moment of his existence is painful. A semi-sentient sludge of waste only makes sense if the artist is channeling some inner frustration with the design process, and that really comes through in Garbodor.

Japan’s drug scene is probably thriving on the backs of Pokémon developers. They have to consistently come up with new ideas for monsters, and the designers likely turn to substances for creative inspiration. Klefki, a Pokémon made out of keys, is an example of how mind-altering chemicals can backfire.

Most Pokémon are reminiscent of real-world animals, but you can only make so many electric rats or dogs that are also sorta pigs. Eventually, you have to get weird. And it is that line of thinking that led to someone at Game Freak saying, “I don’t know … how about a set of keys?”

Klefki really forces you into a situation where you can’t help but question how Pokémon evolve and how their bodies function. What is in this animal’s environment that coaxed it into developing limbs shaped like a Toyota key? Is … is one of those keys its genitals? Are my keys a Pokémon? 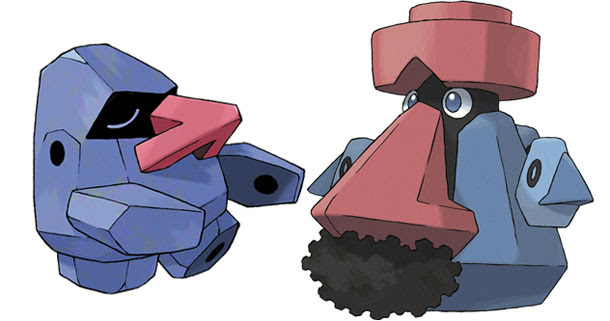 Sometimes a Pokémon is dumb because of the way it evolves, like with Nosepass and Probopass. This creature starts out looking a bit like a Moai statue from Easter Island with rocky features and a big nose. But as it evolves from Nosepass into Probopass, it gets a big mustache to go along with the schnoz.

I’m assuming that this Pokémon only exists because the game’s designers couldn’t get away with a creature that is just a walking mustache. But the creators obviously didn’t think this through because it looks like Nosepass went through puberty and started growing hair all over its body.

If Probopass evolved again, he’d have to sprout hair from his ears and knuckles as well.