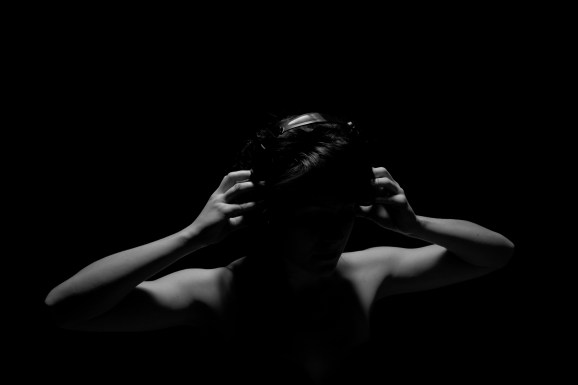 This sponsored post is produced in association with BeMyApp.

The modern web browsing experience is increasingly being rendered in higher and higher definition — Youtube started supporting 4K Ultra HD video in 2014. Now, high definition audio is finally catching up to video and audience expectations with Dolby Digital Plus.

Without the need for high-end audio hardware and native application on modern browsers, the technology can be used on a wide variety of projects — from web-based games to experimental browser-based multi-channel sound mixers.

Garrett Nantz shares that Dolby Digital Plus was central to the storytelling and immersive environment of the web browser game Feisty Galaxies. Nantz is the Creative Director and Principal of Luxurious Animals, the creative digital agency behind the game.

“Sound quality is something that’s personally important to me,” Nantz said, “Part of your story can be told aurally as well as visually. There’s just something really powerful about the voice and sound effects and music that help immerse you more in the world than just visuals itself.”

Nantz explained the new technology allowed the universe of Feisty Galaxies to be the funny, purposeful, space odyssey it was meant to be from the player’s perspective. Dolby Digital Plus has allowed what Nantz calls a “cute ‘em up” to play with spatialized, multi-dimensional sound while also remaining very efficient. Luxurious Animals managed to deliver better sound quality at a bit rate better than MP3s.

Attention developers! The Dolby Audio Web Challenge is now underway. BeMyApp has partnered with Dolby to offer more than $10,000 for developers to creatively deliver premium sound using Dolby Digital Plus. Deadline is May 1, 2016. Find out more here.

And so far, the game’s audio has received positive player feedback. The technology knows what to do with the multichannel 5.1 or 7.1 MPEG4 files, Nantz said, so essentially there’s a huge sound perspective that works well across listening devices: from laptop speakers to headphones to a sound system with surround sound decoders.

Jason Marsh, meanwhile, explains that there was no other technology that could have powered Re.Flow, a visual and aural mixer that matches abstract visuals with multi-dimensional sound. Re.Flow takes 16 clips, each with 5.1 surround sound encoding, and mixes up to eight of them at a time while retaining the encoding and sound quality — all within a browser.

Marsh, CEO and founder of virtual reality company Flow and webVR company Marshworks, explained the spatialized sounds in the resulting mix are matched with abstract visuals in the browser, making for a combined immersive experience.

“It definitely sounds like it’s coming from the sound field all the way around you and behind you, which you wouldn’t get without the right tech like Dolby Digital Plus,” Marsh said. He demoed the project on stages and conferences and has received “fabulous” feedback.

“I’ve done a number of art installations and the digital artistic community in San Francisco seems to be responding very well. I’ve lined up quite a few additional professional artistic opportunities this coming year. It’s very exciting and really fun to jump from tech to art and all of it is coming alive as one project,” he said.

Smarter sound tech for the future

Dolby Digital Plus also avoids common issues with lesser file formats, like how MP3s have problems with header information that always leads to silent gaps within sound loops. The technology is also smart enough to fall back to supported formats with just a few lines of code if the browser does not support its codecs.

So is audio finally catching up to the HD norm?

“I definitely think that is the perfect analogy. Everyone’s looking for the 4K version of everything,” Nantz said, “When people see there’s a way to monetize audio content that’s superior and that has multi-channel that can immerse you further, it will get there.”

This kind of smarter audio technology will also prove valuable in virtual reality, where the placement of objects in 3D space needs the multi-dimensional and spatial capabilities of Dolby Digital Plus.

“There’s still some future generational work to do to make it so you can do dynamic placing of objects in space instead of having to pre-encode a 5.1 audio file and the applications for that,” Marsh said, “[but] I think it’s great for step one. Moving forward I also see it’s going to be even more important”

Learn more on how you can implement Dolby Digital Plus for the Dolby Developer team in this free webinar.