In 2006, I resented Twilight Princess.

I was a huge fan of its predecessor, Wind Waker, a risky addition in the beloved franchise that introduced a vibrant, cartoon-like art style and changed the traditional Zelda format by setting its action on a series of islands in a vast sea. However, many fans (as they often do) resisted these changes. Twilight Princess felt like the Ocarina of Time sequel many people expected when it debuted on Nintendo’s Wii console.

And this angered me at the time. With Twilight Princess, I felt like Nintendo was cowering, sacrificing its artistic integrity just to please a vocal group of dissenters. I played it, but always with a “Wind Waker was better” scowl on my face.

This HD rerelease on the Wii U gave me a chance to re-examine the game without all of that 2006 baggage. And you know what? Twilight Princess is pretty great. 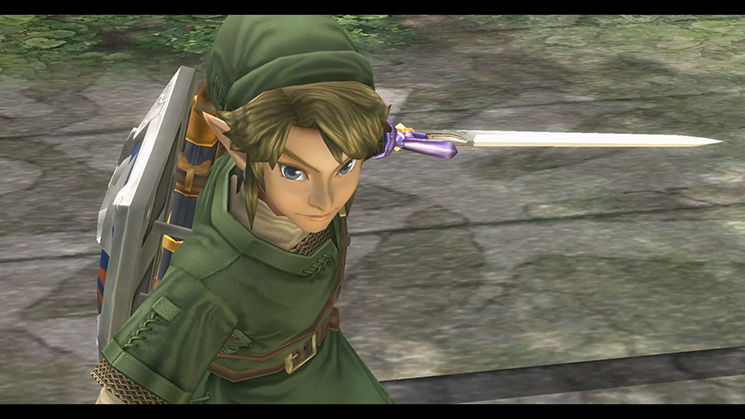 Above: Striking a pose.

The older 3D Zelda games have all aged well, and so has Twilight Princess. While swordplay and action is a big part of the proceedings, Twilight Princess is at its best when it focuses on exploration and puzzles. You can ride a horse over long stretches of land, exploring every corner of the map for rewards, and discover tons of side quests and extra activities.

But the dungeons make Twilight Princess stand out. It might have the best collection of them in the series. Each one feels like a complete entity of design perfection, with challenging puzzles set in cool locations (like a Yeti’s mansion or a floating city high in the clouds).

It also has plenty of that Zelda charm, with a memorable cast of characters (I can’t believe I forgot about Malo, a hilarious, deadpan baby who opens up his own store). It’s large world and long adventure help it feel like an epic quest, and its darker tone and art help it stand out against the rest of the series. 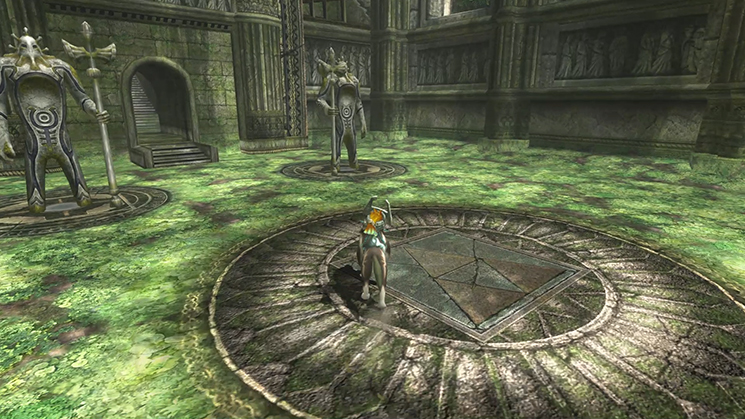 Above: Twilight Princess has plenty of cool places to explore.

It looks better than ever

This HD version of Twilight Princess doesn’t suddenly make it look like a modern game. Flat textures and simple animations make it clear that this comes from 2006. Still, Twilight Princess definitely looks nicer here than it did on the GameCube or Wii. Everything is crisper, and the lightning is less blurry.

While the HD version of Wind Waker was slightly controversial among fans for the way it changed how lighting worked, this is a much more straight-forward enhancement. I can’t imagine why I would ever play Twilight Princess on the older consoles now that this version exists.

The touchscreen is convenient

We’ve had this feature in other re-releases of Zelda games on the 3DS and Wii U, but it really is nice having that touchscreen. It make managing your inventory much easier, since you can slide items to equipment slots without pausing. It’s nice to have a map on there, especially when you’re deep in a multilevel dungeon. 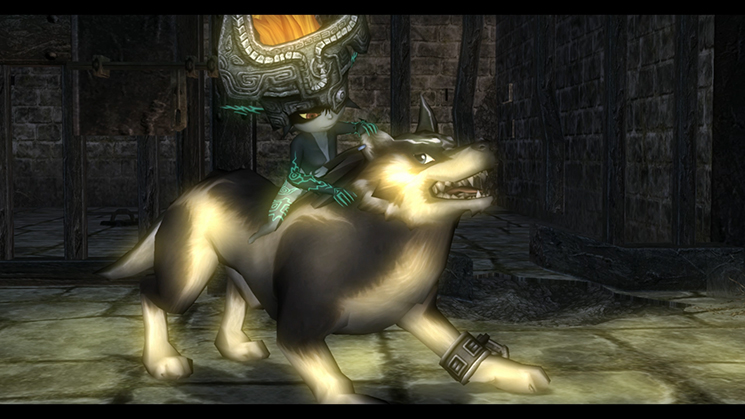 Above: Sorry, Wolf Link, I’d rather be Human Link.

Playing as a wolf is one of Twilight Princess’ biggest features, but it always feels like a chore. As a wolf, you can’t use your equipment and you have to awkwardly lunge at enemies to attack them (which is especially annoying with flying foes, since they’ll often change directions after you leap at them, causing you to miss due to no fault of your own). One of my favorite moments of Twilight Princess is that relief I feel when I transform back into Link (which you thankfully do spend most of the game playing as).

The Cave of Shadows

Physical copies of Twilight Princess come with the Wolf Link Amiibo, which opens up a new area exclusive to this HD version, the Cave of Shadows. However, while Nintendo has touted this area as a new dungeon, it’s really just a bland collection of identical rooms filled with enemies. Oh, and you have to play through them as Wolf Link. Even though you can earn some rupees (and even a wallet that can carry 9,999 rupees), it’s boring.

I’ve seen some people online complain that the digital version of Twilight Princess HD can’t access this new area since it doesn’t come with the Amiibo. I don’t think they should really be that concerned about it — they’re not missing anything special. 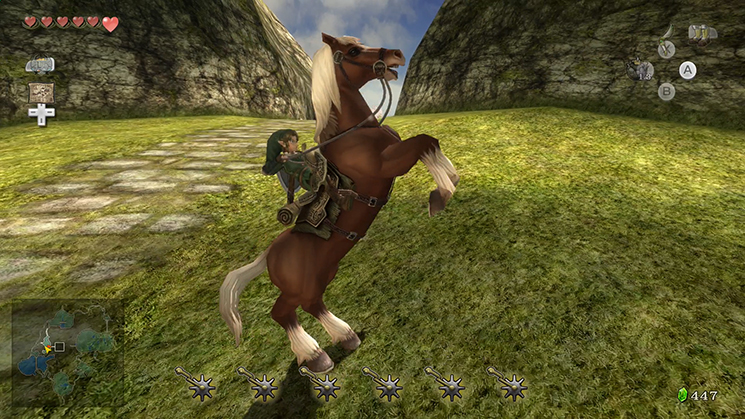 Above: A Link and his horse.

I still don’t like Twilight Princess as much as adore Wind Waker, but it was a lot easier to appreciate it as a fantastic game with this second playthrough. Twilight Princess succeeds largely because of its fantastic dungeons, and the HD enhancements are enough to give fans an excuse to go riding through the plains of Hyrule once more.

Sure, playing as a wolf is dull, and the new “dungeon” is a disappointment. Yet Twilight Princess HD is worthy of any fan of fun and adventure.

The Legend of Zelda: Twilight Princess HD is out for the Wii U on March 4. Nintendo provided GamesBeat with a copy for this review.