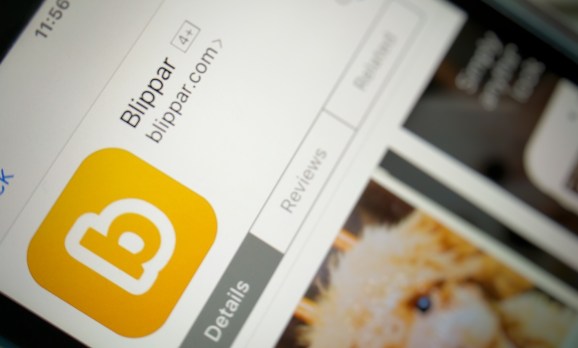 Blippar has raised $54 million in funding to “power the future of visual discovery,” the augmented reality (AR) company announced today. The round was led by Khazanah Nasional Berhad, the investment fund of the Malaysian government, and comes nearly one year after Blippar raised $45 million last March.

Blippar was founded out of London in 2011 and quickly made a name for itself with some notable big-brand tie-ups to promote movies, Kit Kats, Guinness and more — users download the Blippar app and hover their smartphone over a product to unlock and interact with additional content.

The company has been building out its machine-learning and artificial intelligence team in recent times, and now claims 60 engineers in its San Francisco and Mountain View offices, with 300 employees in total spread across 14 offices around the world. Now, with an extra $54 million in its coffers, the company will expand its engineering prowess and presence in San Francisco, with a view towards capturing the imaginations of more users.

“2016 is poised to be the biggest year in Blippar’s history as we not only expand our breadth and depth as a business — across our team, technology capabilities and product offerings — but also reach new heights with our vision to become a true visual discovery engine for the physical world,” explained Blippar cofounder and CEO Ambarish Mitra. “This latest funding round will allow us to continue to capture top engineering talent, further grow our leading global install base, create one-of-a-kind campaigns for our brand partners, and achieve our vision for an era in which everyone has access to unlimited knowledge of the world around them, regardless of language or education.”

Back in October, Blippar announced a new R&D arm as it expanded beyond AR and into the virtual reality (VR) realm. The first Blippar Lab-branded product was Cardio VR for Google Cardboard, designed to help children learn about the human body through virtual reality. Broadening its horizons into VR was a smart move, considering the attention currently being paid to the medium by heavyweights such as Facebook and Google.

Moreover, through having a wider reach across the visual spectrum, Blippar is better positioned to cater to a myriad of use cases across education, a sector the company is already addressing with interactive learning tools.

It’s also worth looking at the lead investor in this round, Khazanah Nasional Berhad — why would the strategic investment fund of the Malaysian government plow cash into Blippar? The pursuit of such an investor reflects Blippar’s intent to expand further into Asia, but it’s a two-way street. Khazanah has a history of big-name tech investments; it reaped $1 billion from its Alibaba stake when the Chinese tech titan went public in 2014.

At that time, Khazanah said it would be increasing its investments in the U.S. after opening its San Francisco hub in 2013, so today’s news is in line with its previous commitments.