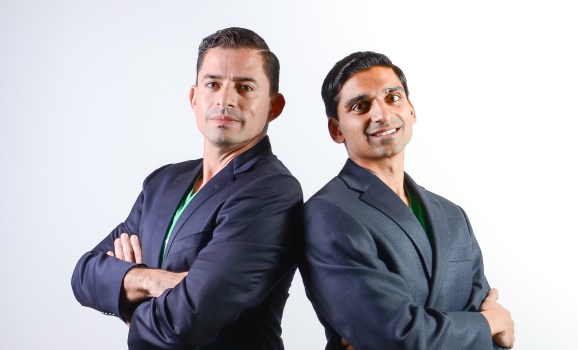 At a time when everything is being made “smarter,” the time has come for a smart receipt. That note you receive in paper format or electronically after making a purchase hasn’t really evolved for decades, and merchants are losing out on a potentially valuable touch point. FlexReceipts enables retailers to exploit this proof of purchase with targeted offers based on data they know about the customer.

This Y Combinator startup provides a marketing platform that captures a customer’s email address at the point of sale and combines that with any known information to engage them through the electronic receipt. The company leverages the data gleaned to embed custom promotions, product recommendations, videos, surveys, and more, all with a focus on growing loyalty. So if you happen to buy a shirt from Macy’s, for example, and then enter in your email address to receive an electronic receipt, FlexReceipts may include a coupon toward your next purchase or notify you of other clothing that goes with the shirt you just bought.

“On a website, retailers know who you are and can tailor the experience for you. FlexReceipts is very similar to that but with receipts. We know who you are, what you’ve purchased in the past, and can better pinpoint you with the right targeted promotions, discounts, and more,” cofounder Jay Patel told VentureBeat in an interview. 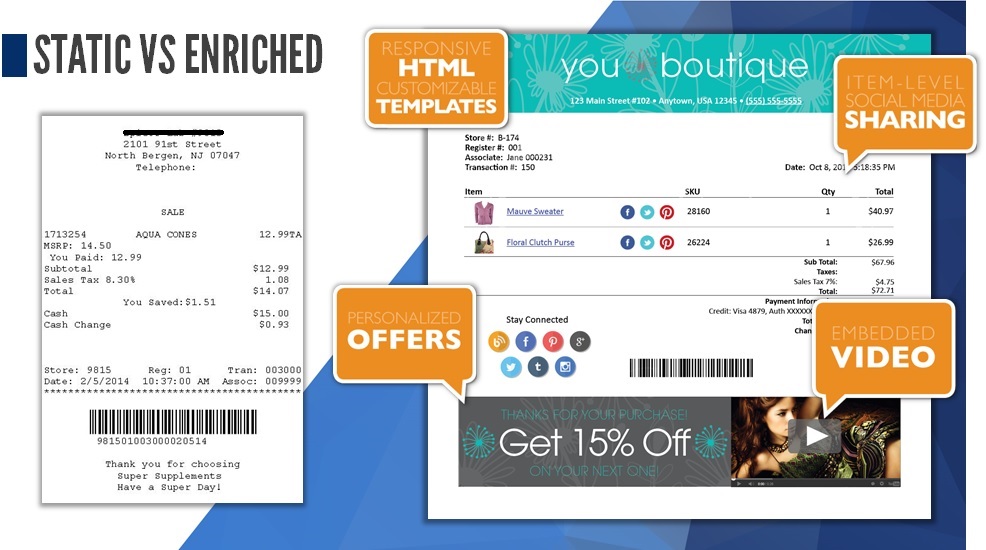 The company partners with point of sale (POS) companies to capture the offline receipt data. It looks at all the transactional data for an individual, regardless of whether an electronic receipt is issued or not, looking for identifiers like a loyalty card, email address, or phone number. From there, it generates a consumer profile that will determine what marketing promotion or campaign to include that customer in.

For Patel and his cofounder, Tomas Diaz, the idea to tackle this problem came about after Diaz looked in his wallet and found a lot of receipts. He was a sales person before becoming an entrepreneur, so he had to scan each receipt just to get reimbursed. This was an inconvenience, and he “hated every single minute of it.” The two looked to see if there was an opportunity to evolve the humble receipt and discovered that aren’t any great solutions out there for retailers.

Of course, there are digital copies of receipts, but they’re pretty much PDFs — there’s no additional tailoring or other engagement opportunities. FlexReceipts wanted to create “something small but impactful and very influential to a lot of companies and people.” And it looks like the company is on the right track: Its electronic emails are opened 2 to 3 times per day and have triple the engagement rate of regular email. The company said that customers with an electronic receipt are some of the most loyal customers out there, spending 30 percent more and visiting stores more frequently.

More than 40 retail brands representing 7,000 stores in North America use the service, and we’re told that number is growing “at a very fast accelerated rate.” Some of FlexReceipts’ customers include GNC, Oakley, SeaWorld, In-N-Out Burger, VitaminShoppe, and Tori Richards.

The founders told us that their biggest competitor is the status quo, especially when a retailer can send a PDF version of the receipt to a customer through their native point of sale solution and an email service provider like CheetahMail, Responsys, and ExactTarget. They believe that the industry is at “an infantile stage” and said that there are few companies currently trying to tackle the problem around receipts.