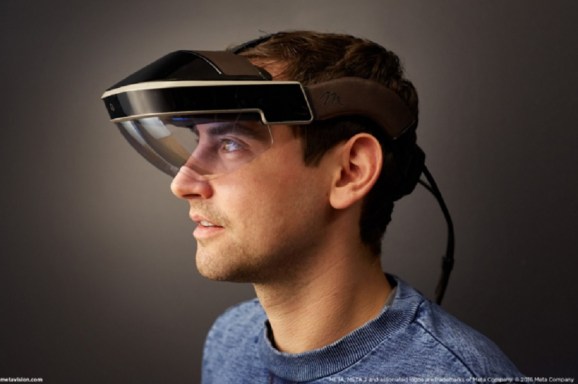 Meta, the maker of a cool augmented reality (AR) system, has begun taking orders for its $950 Meta 2 development kit.

Check out a video by Robert Scoble at Meta’s headquarters in Redwood City, Calif.

Meta was founded in 2012 by Gribetz, who started with a handmade prototype using Vuzix glasses and a Kinect motion-sensing system. It was $10,000. The original Meta that debuted two years ago was $667. And now Gribetz has demonstrated the newest technology, the Meta 2, at the recent TED conference, and it’s clear that the technology has come a long way.

The Meta 2 enables hand interaction with digital content, something that the company calls a breakthrough in the field of AR, so people can touch, grab, and move digital objects intuitively, just as they do in the real world. The company has rivals such as Magic Leap, a Florida company that has raised $1.3 billion to build its AR glasses.

“We are creating an experience that merges the art of user interface design with the science of the brain, creating ‘natural machines’ that feel like extensions of ourselves rather than the other way around,” Gribetz said at TED. “For example, our natural hand motion doesn’t rely on clicks or buttons, thereby maintaining the flow and connecting people to each other and the moment.”

Meta is working closely with developers to create Meta 2 applications that it hopes will fundamentally change the way people collaborate, communicate, and engage with information and each other. Developers are also creating compelling market-specific applications for Meta across a range of industries, including medicine, education, and manufacturing.

Gribetz dropped hints that his company has raised money for its next-generation product. But he wouldn’t say what that product was. The Meta 2 has a 90-degree field of view, a high-definition display (2560 x 1440), and a 720-pixel color camera. 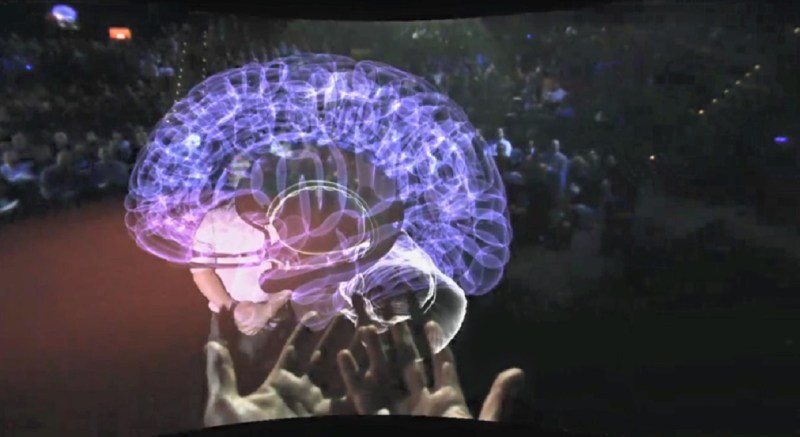 Above: Meta has some eye-popping demos.

Christian Jacob, a professor at the University of Calgary in both the computer science and biochemistry molecular biology departments, is teaming up with Meta to create apps that provide new ways to view the human body and its physiology.

“The potential for augmented reality to enhance teaching and learning in healthcare and medicine is incredibly exciting. Not only is AR technology revolutionizing how we perceive anatomy as a subject and field, it’s changing how we relate to our own bodies as we discover new ways of looking at what’s inside of us,” Jacob said, in a statement. “Just imagine using 3D models that are augmented and personalized with data that comes from our own health records. Meta 2 gets us even closer to the vision we’ve all shared. It’s totally exciting to watch and even more exciting to be a part of making it happen as a Meta developer.”