The developer responsible for Clash of Clans has another hit.

Supercell’s Clash Royale, an online multiplayer tower-defense game for iOS and Android, has reached the top of the Apple App Store download chart, according to data provided to gamesbeat by intelligence firm Sensor Tower. This is just 12 hours after the game went live. It’s not a huge surprise that Clash Royale is doing so well. It’s from a studio that has made Clash of Clans the top-grossing mobile game every year since 2012. Supercell’s huge player base is bound to at least try anything it puts out, and that is helping the studio dominate the $34.8 billion mobile gaming business.

Clash Royale is not just charging up the download charts, Sensor Tower has also pointed out that is is already the No. 7 highest-grossing game on iPhone and No. 25 on iPad. That means players are already spending hundreds of thousands of dollars on the free-to-download experience. 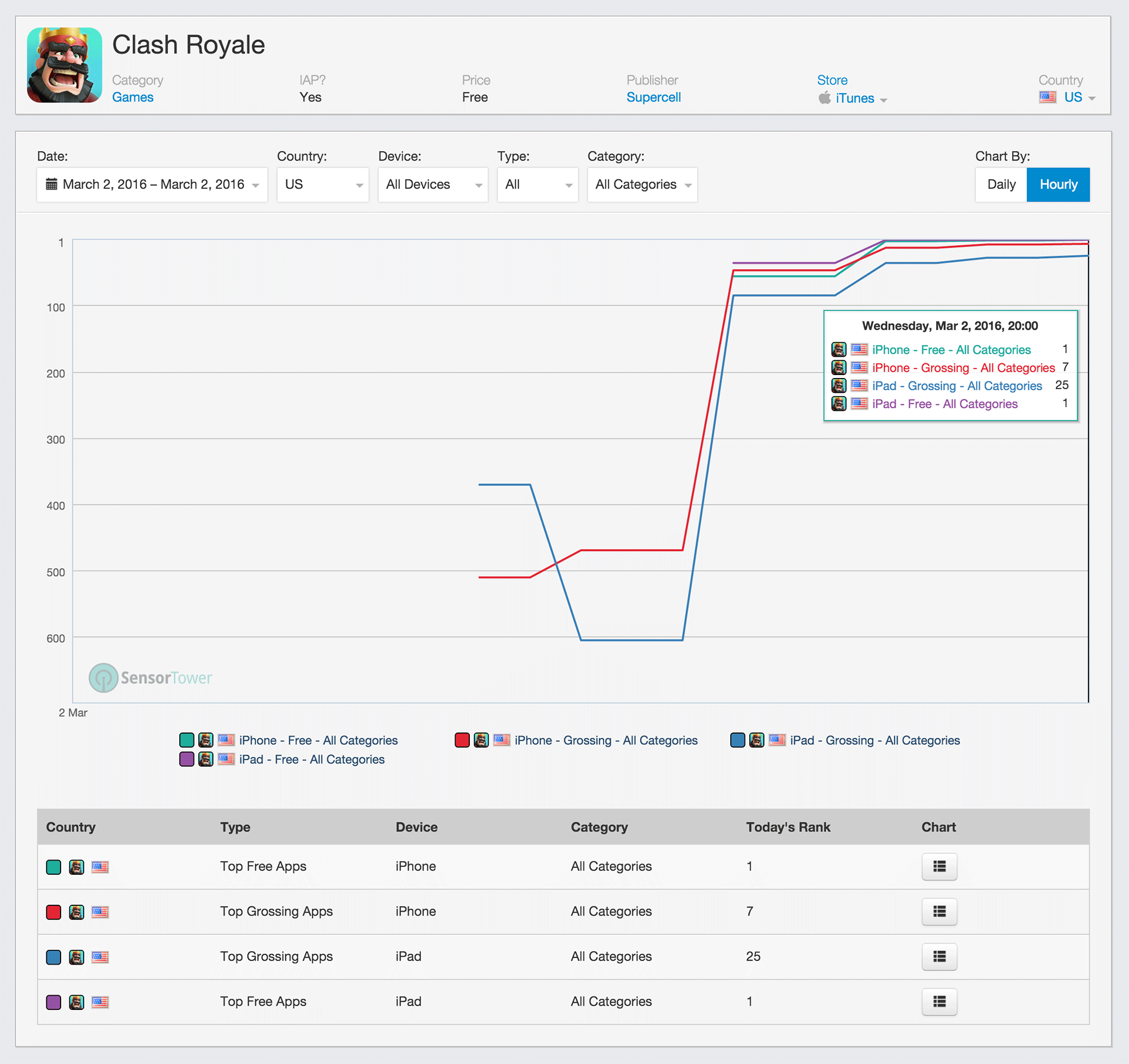 Above: Supercell’s newest hit is off to a strong start.

Clash Royale joins a roster of other mobile strategy games from Supercell like the aforementioned Clash of Clans as well as the military-themed Boom Beach and farming simulator Hay Day.

But Royale is something of a departure for the studio.

The company’s previous games have focused primarily on building up bases or farms or kingdoms with some asynchronous multiplayer thrown in to keep things competitive. Clash Royale, however, is all about 1-on-1 simultaneous duels. Players are still working with familiar units that they’ll recognize from Clash of Clans, but they have to use them in a slightly different way since they’re competing against another human and not a computer.