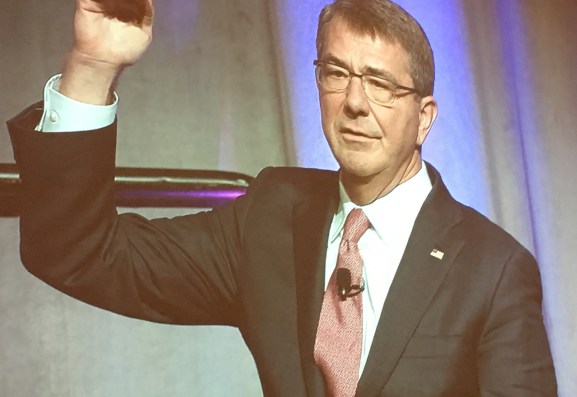 The United States Secretary of Defense today came out against the creation of a so-called backdoor to break the data encryption of the iPhone at the heart of the Apple-FBI court case. Speaking at the RSA Conference, Secretary Ashton Carter declared, “I’m not a believer in backdoors. It’s not realistic and it’s not technically accurate.” 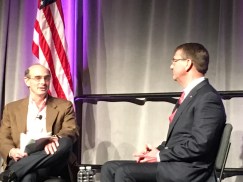 Secretary Carter also warned against the creation of a new law that would compel technology companies to unlock data upon request by the government. Currently several U.S. Senators have voiced support for such a bill. Speaking for the Department of Defense, he said, “We’re not in the executive branch seeking legislation of this kind. I don’t think writing a law without an exploration of all the technical solutions out there” is a good idea. Further, he cautioned against “a law written by people [without tech expertise] or written in an atmosphere of anger and grief.”

Secretary Carter’s remarks came in discussion with Ted Schlein, general partner at venture capital firm Kleiner Perkins, Caufield & Byers, during a session entitled, “A Conversation on Collaboration Between Silicon Valley and the Department of Defense,” which seemed to be an olive branch to the tech community amid the bitter acrimony arising from Apple’s standoff with the FBI. Secretary Carter explained that he doesn’t see one single solution to the encryption cases, but instead sees many different pieces to a cooperative approach. “We shouldn’t let one case drive the solution,” he said. “We have to innovate our way to a sensible result.”