Stir created something of a “stir” in 2013 when it launched its Wi-Fi-connected, touchscreen-enabled smart standing desk. It may have ticked most of the boxes in terms of what you’d want from a productivity-focused workstation, but the Stir Kinetic F1 desk cost an eye-popping $4,000. A lot has changed since then — the desk now costs closer to $5,000, for starters — and Stir eventually introduced the M1, a cheaper version at around $3,000.

Fast forward to 2016, and the Los Angeles-based company is now lifting the lid on an even cheaper incarnation, though this one is aimed squarely at the commercial realm, which means you won’t be able to buy one of these for your home office quite yet.

But first, a quick recap of what Stir desks are all about. While there are many rumored health benefits to standing desks, the Stir Kinetic Desk goes beyond the basics. It is adjustable — it tracks, learns, and can move automatically to accommodate user preferences. The built-in touchscreen also lets users shift between sitting and standing positions with a simple tap, while health-tracking software can show you calories burned and how much time you spend sitting versus standing. It’s all very cool stuff, but yes — it’s also very expensive, especially for companies with hundreds or thousands of employees.

Stir’s latest model, the Stir Kinetic Desk Base L1, will cost in the region of $1,000 to $1,500, depending on the number of units a company orders.

Similar to the existing Kinetic desks, the Base L1 is height-adjustable and includes the legs, frame, electronics, and software. But it doesn’t include the actual desktop, a move that aims to give “maximum design flexibility” to commercial customers while keeping the price down. 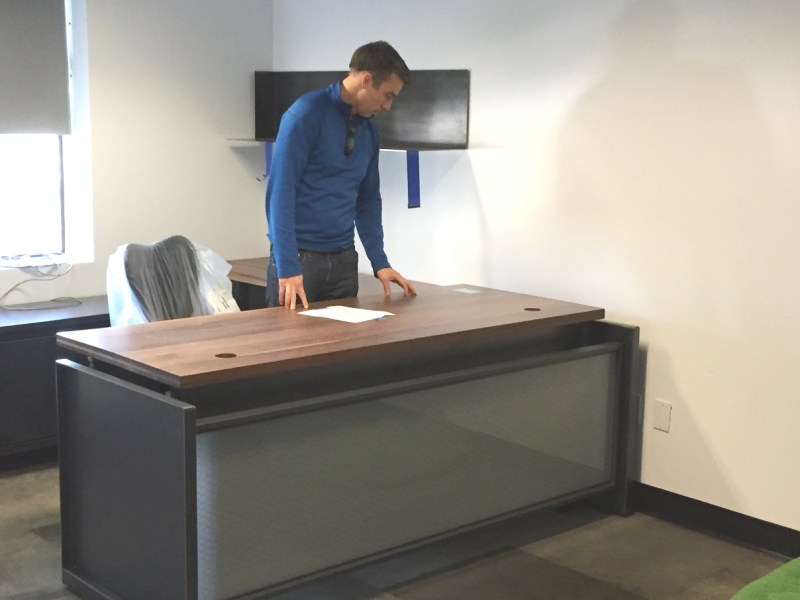 Above: Stir Kinetic Desk Base L1

The base supports desks from 48″ to 72″, and Stir provides diagrams and specs to help companies ready their desktop for the touchscreen and sensors. 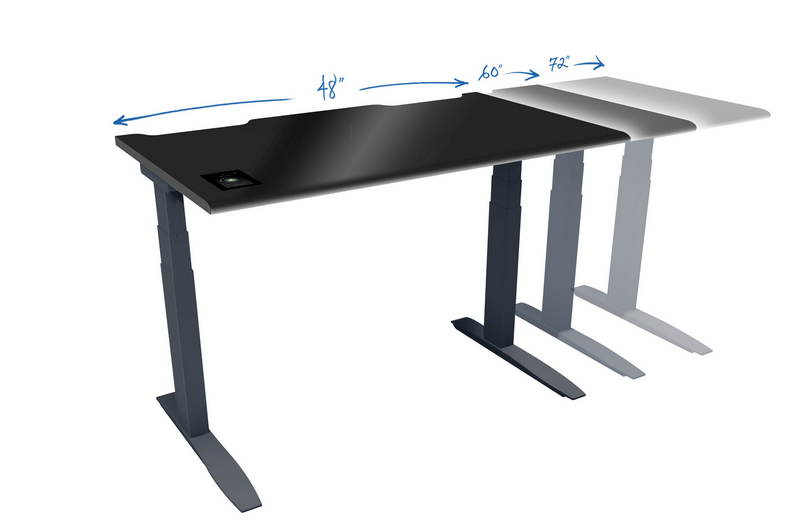 “At heart, we are a tech startup interested in enabling a healthier and better way to work on a global scale,” said JP Labrosse, CEO and chief designer of Stir. “The Base L1 offers an opportunity to bring the Stir Kinetic experience to more people at the lowest price we’ve ever achieved.”

As noted already, the L1 is limited to commercial clients for now, and concert ticketing company Live Nation is among the first to opt for the new desk at its global HQ in Beverly Hills. Stir worked in tandem with a third-party furniture studio that designed and created the custom furniture for Live Nation’s new office (the company opted for solid walnut desktop).

So could Stir open things up to consumers too? “In the future, if we see significant interest from individual buyers, we may look at expanding the L1 to DIY consumers who wish to create a Stir Kinetic Desk using their own surface,” a spokesperson told VentureBeat.

And what about the mysterious price increase of the original Stir Kinetic Desk F1 — what was the reasoning behind that?

“When we launched M1, it became our primary focus, along with follow-on offerings like the L1,” the spokesperson explained. “At the same time, the F1 continued to have a very dedicated following of people who love it for its larger form factor and unique hand-polished table top built by artisans here in Los Angeles. So we decided to keep F1 in the product line and build small batches on a limited basis each year.” In other words, because they’re making less of them, it costs more to make each one.

The Stir Kinetic Desk Base L1 is available now to companies through Stir’s national dealer network, but there is a twelve week lead-time on orders.