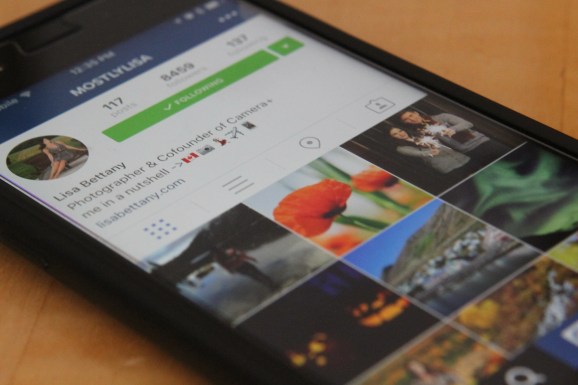 The software engineers behind Facebook-owned photo-sharing app Instagram are constantly looking to improve the app’s performance. Performance improvements might sound like an exercise in perfection for perfection’s sake, but in fact they can lead to important things — like more usage from end users.

And that’s exactly what happened recently: Engineers got to wondering about Instagram’s practice of delivering as many as 20 comments on each specific photo to users’ mobile devices (so that they would load quickly when users tapped “view all comments”). They decided to dial that number back to just three comments, which would automatically be sent over from Facebook’s servers. They did this for a few reasons, one of which will be blatantly obvious to any regular Instagram user.

“Media are viewed more commonly than their comments, and we should optimize for the common case,” Instagram software engineers Clark Gredoña and Linji Yang wrote in a blog post today. But beyond that, they wrote, generating comments actually takes a surprisingly large amount of computational work. For one thing, you usually can’t compress a whole lot of the data.

The result of the new approach? Less data being sent over, less intense memory usage on end users’ devices, more stable performance. Scrolls through user profiles have gone up by 2.7 percent. Overall impressions on mobile are up 0.7 percent, and likes are up by 0.4 percent.

Of course, other web companies, like Google and Pinterest, are also carefully inspecting their code to optimize, optimize, optimize. The thing that’s interesting here is that the gains are attributable to a rather small adjustment to the app.

A footnote to all this is that the comment change has also had a positive effect on the Facebook data center infrastructure that Instagram depends on.

“When we launched this across all our users, CPU across our entire Django fleet dropped about 8 percent and egress dropped about 25 percent,” Gredoña and Yang wrote. “Egress is a measure of site health, and such a drop would normally be alarming. But in this case, it’s a good sign that we’re reducing the load on our infrastructure!”

Check out the full blog post for more detail on the work.