If you were going into the mobile game business today, how would you attack the challenge of getting users for a mobile game in competition with big spenders such as Supercell, Machine Zone, King, and Electronic Arts? That’s the challenge facing San Francisco mobile game company N3twork. And so the company has brought aboard Dan Barnes as its chief revenue officer. 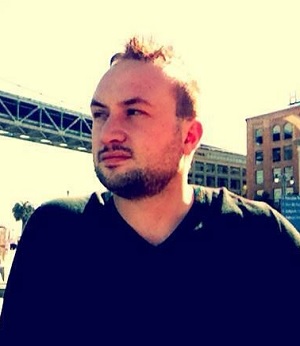 Above: Dan Barnes is the new chief revenue officer of N3twork.

Barnes has experience in user acquisition from his previous jobs at Zynga’s NaturalMotion studio, maker of CSR Racing, and at Machine Zone, creator of Game of War: Fire Age. As N3twork pivots from its previous business of creating an interest-based social network to its new mission of making mobile games, it needs someone like Barnes to figure out how to get noticed and how to get users to play N3twork’s upcoming games.

“In our quest to find someone to join us as our chief revenue officer, we had searched high and low for a special individual who had unique insights about not just how we attract players to our games, but also how we could manage their complete life cycle,” said Neil Young, CEO of N3twork, in a blog post. “We were willing to take whatever time was necessary to find someone who understood and, had a vision for, how acquisition, engagement, player spending, and retention could be woven together to help us build the foundation for a superior and special business.”

N3twork isn’t talking about its upcoming games yet. Young is going to be one of the speakers at our upcoming GamesBeat Summit 2016 conference on May 3-4 in Sausalito.

Barnes fit the bill as a “10xer” (someone who could have a huge impact), Young said. In an interview, Barnes said the game industry is very different from just a few years ago. Today, companies have to focus not only on launching a single game, but also on launching a game that has continuous updates and live operations, such as ongoing tournaments that keep players engaged.

“You have to make great products first,” Barnes said. “It’s possible to break into the top ranks with great games. On top of that, we as an industry haven’t been highly evolved when it comes to monetization. The key learning is that we have to move away from static, one-time shots on goal. Live operations are key, with content that lets users interact with content 365 days a year. If you have content with a longer life cycle, then you have to continually feed people into the game.”

One of the games that wasn’t ready for this new reality was Fallout Shelter, which hit the top-grossing list when it came out in June but then fell quickly off that list after delays in launching new content.

Game companies also have to move away from forcing players to pay and toward making it so that they want to pay. That means getting away from harsh pay walls and pay-to-win schemes, Barnes said.

As for the top-grossing mobile games list, it rarely changes, with the companies mentioned at the top of this story dominating it.

“The list is static in the current ecosystem, as they are the companies maximizing the revenue per user in the current climate,” Barnes said. “They are the best of the current bunch. But with an evolution in the consumer mindset, that list will change.”

Barnes said that N3twork is trying to take all of the learnings from the past (Japan’s DeNA bought Young’s former company, Ngmoco, in 2011). Barnes said he is in charge of the cost-per-install (cost of acquiring new users) to lifetime value equation. That means he has to make sure that the company’s cost of acquiring new users is in line with the value of the users over the life of a product.

“We’re implementing all of the learnings to be at the cusp of the next level of mobile gaming,” he said. “I think in the future we’ll move to multiple billion-dollar mobile game companies.”