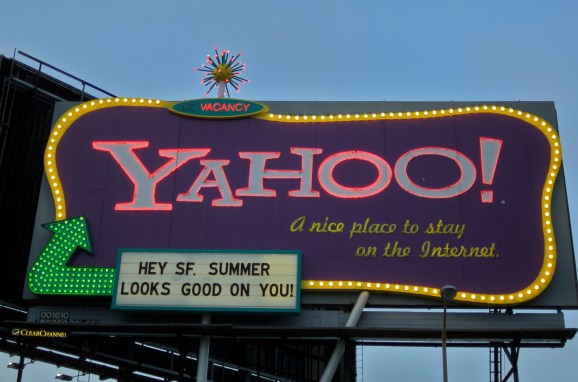 (By Michael Flaherty & Liana B. Baker, Reuters) – Starboard, the activist hedge fund leading an investor revolt against Yahoo’s  management team, will push for control of the company’s board in talks scheduled for next week, according to people familiar with the matter.

The talks between the two sides represent an effort by the Internet company to avoid a proxy contest just weeks before a March 26 deadline for Starboard and other shareholders to submit board of director nominees.

Starboard is seeking at least four board representatives in order to gain control of Yahoo’s seven-member board, the people said this week.

Yahoo’s board has been weighing whether to offer two or more seats to Starboard, the New York Post has reported.

Should talks fail, Starboard previously said it was prepared to submit a slate of directors.

A proxy contest would come as Yahoo presses ahead with an auction for its core Internet business. Some Yahoo investors are concerned that a proxy fight would hinder the auction effort, sowing doubts among potential buyers over the stability of Yahoo’s board, the sources said.

Starboard, however, does not want to miss an opportunity to gain board seats, one of the sources added.

The sources asked not to be identified because the deliberations are confidential. Yahoo and Starboard declined to comment.

The Yahoo committee is sending out financial information to interested parties next week, and hopes to have a short list of bidders by April, according to people familiar with the matter.

Telecommunications company Verizon and publisher Time are among the companies expected to bid for Yahoo’s core business, while some private equity firms are expected to team up for potential bids.

“I want to make it very clear: between management, Marissa, myself, the rest of the management, her management team, and the committee, and the Board, we’re absolutely all aligned,” Yahoo CFO Ken Goldman said at a conference this week, referring to Yahoo CEO Marissa Mayer. “We’re looking at this in terms of what creates the best shareholder value.”

To obtain seats, Starboard must win over several of Yahoo’s large institutional investors plus co-founder David Filo, its largest shareholder with a 7.5 percent stake.