Nick Triantos was on a mission to find a job where he could help build the next big thing. This ultimately drew him to SRI, where he currently serves as managing director of the nonprofit research firm’s venture arm. SRI has a storied past in technology, having created everything from liquid crystal displays (LCD) to eye-tracking technology, the mouse, ARPANET (the predecessor to the modern-day Internet), the digital fax machine, 9-1-1, virtual private networks, natural language speech recognition, and Siri. 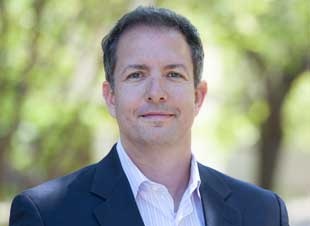 Many of SRI’s programs are government-funded, but that hasn’t stopped the firm from working with the private sector to commercialize its innovations. In an interview with VentureBeat, Triantos explained the entrepreneurial nature of SRI — in its 60-year history, more than 60 ventures have been spun out of the program, including Nuance, Tempo AI, Desti, and Symantec — and SRI is always on the hunt for ways to make its technological advances more widely available.

SRI’s research efforts are funded by government contracts, and while the resulting technologies are handed back to their respective agencies, the intellectual property is retained by SRI. Triantos said that 90 percent of the firm’s revenue comes from agencies like DARPA, the National Institute of Health, and the United States Department of Energy. SRI Ventures was created to manage the technology produced by the firm’s research teams.

Although SRI Ventures is the firm’s venture-based arm, as a non-profit, it doesn’t raise money from limited partners, nor does it operate discrete funds. Its investment capital instead comes from the profits generated by spinouts and licensing, funds which are passed back to the research firm. And while it does invest some financial capital, SRI Ventures’s real value to startups is the IP it has access to. “When we create a venture, we invest a lot of IP, prototypes, and code,” Triantos said. “We also invest several hundreds of thousands of dollars in the venture. All in, we’re contributing millions of dollars of value, and these days, finding money is substantially easier than finding great core technology, so we feel pretty good about what we bring to the table.”

A big part of what Triantos’ team does is find ways to get SRI’s technology into the marketplace. It does this by either working with existing companies or by starting a new company built around the technology in question.

The firm licenses its technology to some of the largest companies in the world — like those in banking and energy industries — as well as to startups. SRI has worked with Summly (which was acquired by Yahoo), Verb Surgical, and Meta, among others. Triantos said that the research team is working on about 1,000 projects, many of which are multi-year efforts, and many of the developments that come out of each one could be beneficial to a young startup. With advances in artificial intelligence, cyber security, natural language processing, healthcare, and speech recognition, to name just a few areas, entrepreneurs are often able to find something to choose from. However, not every company that applies for a license will be granted one.

“Our criteria vary, based on the technology to which they’d like access,” Triantos noted. “We have some technologies, such as our DynaSpeak search engine, which we can license broadly. There are other pieces of research for which we need to set a higher bar, since we may not have productized the technology before, or we may have some markets where we have already chosen other paths to bring our innovations to market.”

“In general, we try to use a similar lens to what [venture capitalists] use,” he explained. “First, is this market one in which our technology is appropriate and well-differentiated? Second, is this the right team to bring our technology to market? Third, do we believe we will have sufficient ROI to justify working on this particular license?”

When SRI creates startups specifically to bring its advances to market, the process is very much focused on the research and development. In the early stages, researchers shepherd their ideas from the lab to a more formal concept phase, at which time the firm brings in an entrepreneur to lead the project. The inclusion of a startup founder relatively late in the game is contrary to the way startups are typically formed, and Triantos and his team are exploring ways to involve entrepreneurs-in-residence (EIR) earlier in the company building process.

“Our preferred method is to have a rough idea of the market where we think we can add value, hire someone entrepreneurial, and give them a bit more latitude to help flesh out the business,” Triantos explained. “It’s still the case that if we decide the business is evolving in a way that we don’t agree with, we can pull back or part ways with the EIR, but everyone in the team is excited by some of the early results of this new model. We have a few companies we’ll be announcing later this year that were born from this way of doing things (one in robotics, one in medical diagnostics, and one in computer vision).”

One recent example of this process at work can be seen with Tempo AI. SRI initially wanted to use artificial intelligence to create a personal search engine and brought in Raj Singh, formerly an EIR at Storm Ventures, to work alongside SRI’s researchers in launching the company. The concept evolved into a smart calendar assistant, which was officially spun out with a license for SRI’s AI technology, and two years later, the startup was acquired by Salesforce.

Moving the needle forward on technology is something SRI is passionate about. According to Triantos, “This is one of the only places in the world where if you have an idea about a robot that lives in the home and, for whatever reason, you want it to understand and communicate with you, not based on what you asked, but your emotional state” you’ll find people doing similar research. “Yes, you could go build a new Tinder app, but when you’ve got the kind of resources we have at SRI, you should go out and build something unique with our technology.”

A former entrepreneur, Triantos founded the high-security mobile collaboration platform ionGrid, which NetApp acquired; served as the CEO of Tokbox; and did a stint at Nvidia as its chief software architect. He’s also an angel investor and was a partner at Quantum Technology Partners. Some of his investments include Pathwork Diagnostics, Liftopia, Digital Shadows, and Intelligent Medical Implants.

“The challenge for a lot of venture capitalists is that you’re always on the sidelines, you’re not involved in the creation process,” he said. The opportunity to be involved from the beginning is one of the things that drew him to SRI Ventures. Triantos is excited to apply not only his investing experience, but also his knowledge of what it takes to start and build companies. And then there’s SRI’s long history of developing groundbreaking technologies. It’s all about “making the world a better place,” he said.