The effort shows that making fewer bets on later-stage startups may yield better results in the maturing $90 billion game industry. The news isn’t good for the smallest indie game developers who are just trying to get a foot in the door, but it could be good for a smaller number of more advanced indie game studios.

“In a nutshell, instead of lots of $50,000 checks, we’ll be writing a smaller number of (up to) $500,000 checks,” said Keith Katz, the cofounder of Execution Labs in Montreal, in an interview with GamesBeat. “And we’ll be deploying our in-house team of experts remotely rather than having studios spend a fixed amount of time in Montreal. We are moving up the curve on when we come into the studios.”

Above: Kitfox Games’ Moon Hunters is launching shortly on PC and later on PS4.

Execution Labs is maintaining its offices in San Francisco and Montreal. For over three years, Execution Labs has funded and trained more than two dozen indie game studios through its accelerator program. It often had about 10 companies a year — often no more than one or two developers at the outset — going through the accelerator. The model was to get the games started, train the developers for a few months, and then enable them to self-publish their games.

But now the market requires the indies to find publishers, and that requires more work and money to get to the point where a publisher can take over. Execution Labs has funded a few games over the years that are close to fruition and are using publishers. The rationale for the new model is to work closely with publishers, who generally work on a royalty model, and other investors.

“We realized that the market is changing, and we need to spend more time with each of the companies,” Katz said.

One of the upcoming games is Kemojo Studios’ Tap Cats, which is being published by Kongregate. Execution Labs is helping during the soft launch on things like playtesting, core loops, user interface, and business intelligence. Vancouver-based Kemojo is creating the game.

Another title coming soon is Moon Hunters, an action role-playing game by Kitfox Games. It is launching next week on PC and the following month on PlayStation 4. Execution Labs funded Kitfox Games, which made a game called Shattered Planet first; Moon Hunters is their second title as a studio, and it was funded via Kickstarter and the Canada Media Fund.

“The kind of studios we’ll be investing in going forward will be more like what Kitfox is today rather than what they were back then,” Katz said. “Our model has evolved to reflect the competitive marketplace and the resources needed to survive.

“It’s about where we see the market heading, partly it’s about the kind of studios we want to partner with, and partly it’s about how we can best leverage our expertise,” Katz said. “We always wanted to be flexible enough to experiment.”

The Outerminds studio game, PewDiePie: Legend of the Brofist, was perhaps the most successful game that was funded by Execution Labs, Katz said. 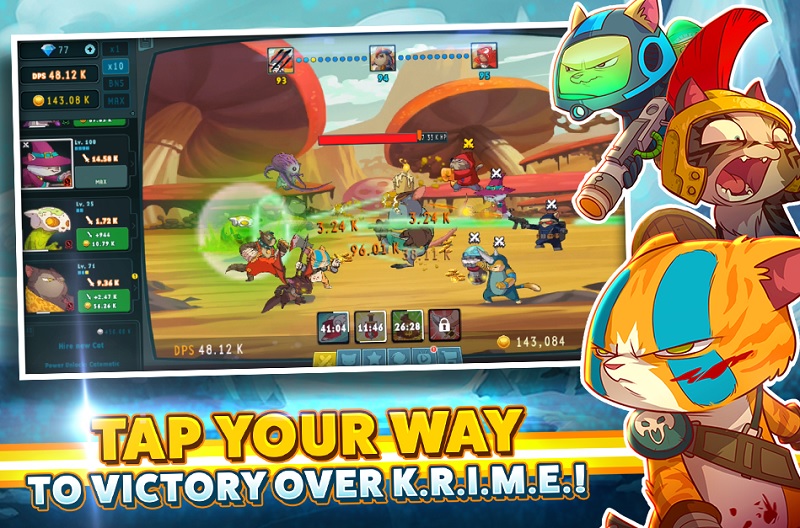 Above: Tap Cats by Kemojo Studios in Vancouver.