It’s time for some wild speculation

Minecraft, the phenomenally successful block-building survival game, is going to get a new enemy (called “mob”) in its next major update. Considering the game has sold around 80 million copies, every little change like this is a big deal for the legions of Minecraft fans around the world. Now, those players are looking for any clue about what to expect. Lead Minecraft developer Jens Bergensten is using Twitter to tease players with hints.

In Minecraft, you can encounter three kinds of computer-controlled nonplayer characters. These are aggressive, neutral, and passive. Aggressive and passive will always attack or will never attack, respectively. Neutral characters, however, will attack if you pester them. 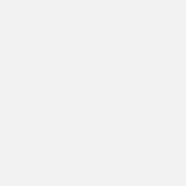 The second part of Bergensten’s hint is a that the base texture color is equivalent to a light gray that looks almost white. Thankfully, Odhelius provided a little more perspective by pointing out that this new mob will also have something to do with noise, hearing, or ears.

These aren’t the most specific clues, and they could point to almost anything. But that hasn’t stopped the Internet from making some guesses. On Reddit, we’ve seen people guessing ghosts and yetis. Others have said they hope it is a whale.